Being sat in the doctors on my own with a face mask on being told that I had sinister looking areas on my spleen and across my liver and lungs is something I will never forget.

On 27 July, four days after my son's, Joshua, second birthday, and three days before my 35th, I wrote the following as a way of trying to process what I had been told:

I called into the doctor's surgery to see Dr Hussain. I had a CT scan last Wednesday on my abdomen after an ultrasound showed some spots on my liver. I have had minor aches and pains in my abdomen for a couple of months, really since being ill with COVID.

I went and saw Dr Hussain and what he told me has completely shattered my world. They have found areas of major concern in my spleen, bowel, my lungs and liver. In all likelihood it is cancer. Shocked is an understatement!

My first thoughts were with my wife Lindsey and Joshua, the thought of leaving them rips me apart, thoughts also went to my mum, dad and brother. My mum lost her mum to bowel cancer and I can only imagine the pain and upset this must cause them.

It's still very early days and will hopefully know more in a few days' time, in the meantime I need to try and process this news and what this will mean for the future. I'll be damned if I let something like this beat me so easily so I will be doing everything I can to fight it and I will beat it.

I don't think it fully hit me then how bad the situation was, I was told to write a will, and asked if I was planning to have any further family as any treatment would no doubt affect my fertility.

In the following week I had a biopsy that confirmed it was bowel cancer, stage 4, which as my oncologist told me is as bad as it gets. I was told I was looking at weeks or months to live. This was as hard to hear as the initial news was totally shocking. I was sat with Lindsey and my mum who also had to hear how it was before relaying it to my dad and brother.

It was decided chemotherapy was the best option, a mix up in my bloods delayed my first session and during this time I did feel I was starting to deteriorate. I had developed a cough and walking was leaving me very tired. The delay gave me chance to visit a fertility hospital so the option will be there moving forward for me and Lindsey if the opportunity arises for more children.

I did eventually start the chemotherapy at Burnley hospital, a mix of drugs via what's called a PICC line in my upper arm, bit like a cannula into a vein which follows it to your chest to allow the drug to get into your system straight away. Two and half hours later I'm sent home with a pump attached delivering more of the drug over the next 46 hours. After only one session my cough had gone and my energy levels were back up.

Over the next month I managed to visit Blackpool Pleasure Beach and Alton Towers walking all day without getting tired and even got back to having a kick about at football. Lockdown put a stop to all this so I managed to get out for walks when possible to keep active, plus having a two year old keeps you well on your toes!

The treatment has then been repeated every two weeks. You're told of all the possible side effects to expect, the usual sickness and hair loss. I have managed well with these, I feel sick on the days after treatment but medication and steroids help, my hair started falling out but has since slowed and actually thickened up again.

My taste is affected, I can't drink Coca Cola anymore and I have a metallic taste for a week after treatment. Horrific heartburn a few days after the treatment but manageable. I'm usually feeling pretty normal again one week after the chemotherapy.

One way of monitoring your progress is through blood tests, which you have before the chemotherapy. The cancer produces a protein which can be measured, in most people this is a very low number. Mine at the start was 2800 and is called a CEA marker. Over the course of the next few months this dropped rapidly to around 350 which was a good sign the treatment was working.

So I have had chemotherapy once every two weeks since the first lot taking me up to my 16th lot this past Thursday (March 2021). I will no doubt be having a lot more in the coming months, maybe years.

During this time I have had two CT scans to see how I am doing which I am over the moon to say are both positive. The first showed a reduction in the cancer all over, the second showed further reductions to the tumour in my bowel and also on my lungs with my liver remaining the same.

The second scan also showed I had a pulmonary embolism in my lung (blood clot), this on its own could have been fatal but I was somewhat relieved to hear I had it as I had been feeling tight chested leading up to the scan and was worried the cancer was affecting my lungs.

The mental side of everything has been far harder than the physical, every time I receive good news it's no doubt followed shortly after by some less positive news, life is a rollercoaster!

A scan in April revealed that the tumour in my lungs and bowel have reduced, however there has been progression in my liver. They're now changing my chemotherapy drugs from Folfuri to Folfox.

I have also been to the Christie Hospital in Manchester where I have met a professor in charge of clinical trials, who was really positive and has outlined numerous options available going forward so it may be a case of taking a step back to reassess before powering on again.

The mental side of everything has been far harder than the physical, every time I receive good news it's no doubt followed shortly after by some less positive news, life is a rollercoaster!

The last year has been by far the worst imaginable, not just personally but as a family. I lost my grandad to cancer last June, he started with a pain in his side, one of the reasons I initially went to the doctors. Lindsey lost her grandma in July. Then my news followed, we haven't had time to fully process everything still and we all have good days and bad days.

I try to think if there were earlier signs I was ill, I maybe was more tired but had recently had COVID. The ache in my side was similar to a stitch so thought it was muscle related and was initially told to try a course of ibuprofen from the doctor.

It was a month later I noticed blood on one occasion going to the toilet so I called again and I have Dr Hussain at Padiham Medical Centre to thank for probably saving my life as god knows where I would be if it was left any longer. I believe a positive attitude is massively important when dealing with something like this which I believe I have managed to keep the majority of the time. Don't get me wrong I've had many bad days where you can't help thinking the worst will happen, I have a good day then read the news about Chadwick Boseman, who played Black Panther, dying of what I have after only four years. But then I tell myself everyone is different, there are plenty of positive stories out there but you only seem to hear of the bad.

Also all the support from Lindsey, who has been nothing short of incredible, family, friends, work and work colleagues has helped massively, be it a quick text or a meet for a walk, I really mean it when I say thank you.

It's still hard to try and come to terms with the fact mine and my family's lives will never be the same again however in my head I have no doubt that I will be one day clear of this cancer regardless of what anyone tells me.

My initial prognosis as mentioned was not good, this has improved and I've been told I will be enjoying next Christmas, might not seem like much but I'll take these little victories wherever possible.

I have felt pretty well throughout all this, I still look 'normal', there's no physical aspect I can see as to what's wrong with me other than my PICC line, and people regular say how fit and healthy I look which makes it all the harder to take in what's going on inside my body.

It's the first and last thing on my mind each day and has caused numerous sleepless nights. I keep thinking I'll wake up one day and it was all a bad dream or some sick joke.

Anyhow so I'm doing the Step up for 30 challenge not only to be active and help me mentally but to raise awareness for bowel cancer. It affects so many people, and so many young people at that, but is treatable if caught early enough. If I can somehow help one person from having to go through what me and my family have been through over the last eight months then that's all I want. 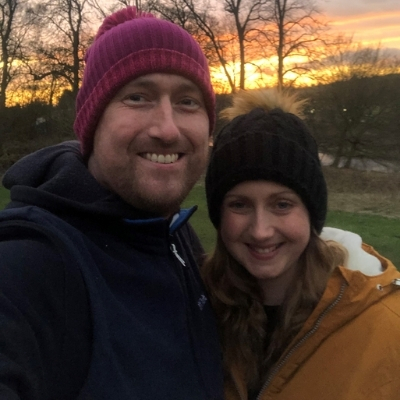 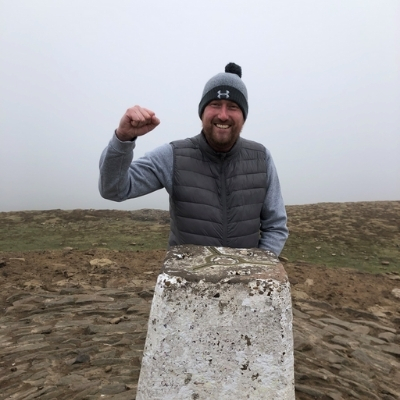 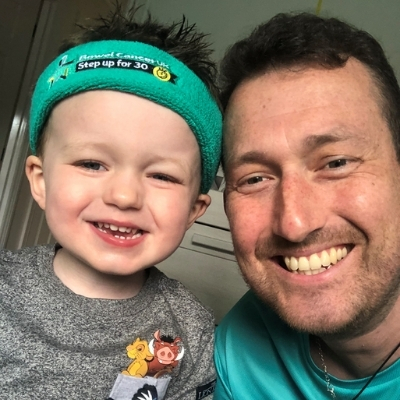