On Saturday 8 September 2018 I’d been spending a few hours down on my friend’s allotment, when I started to feel unwell. There was an acute pain in my right hand side near my appendix, unknowing what this was, I carried on with my day. But the pain was gradually getting worse, though it was more uncomfortable than anything else. Having been diagnosed with peri-menopause I assumed it was something to do with that, so I dismissed it and took some painkillers.

On the Sunday the pain was still there, but more intense. Fortunately I was on annual leave the next day, so I went to the doctors, where I was sent to the Queen’s Medical Centre hospital with suspected appendicitis.

I was in the hospital for over eight hours, having blood tests and ultrasound scans. Then I was told that the next day I’d have keyhole surgery to remove my appendix. It was my first stay in hospital, and I was totally unprepared, so my husband and I had to make a quick visit to the shop for some essentials.

I didn’t come around from surgery until around 10pm, when the on-duty consultant came over and explained that I had just undergone an emergency open bowel surgery. That my appendix was stuck together with my bowel and that there was a mass that they had removed. At this stage all they could tell me was that it was either an abscess, colitis or cancer. I remember being in total shock. I’d came in with acute pain and now I had over 30 stitches down my stomach and doctors were talking about cancer. It just didn’t feel real.

My time in hospital after that didn’t go smoothly, I had an infection in my wound and my stomach was bloated and was full of bile. I was nil by mouth, so I hadn’t eaten or had anything to drink in ten days and I had an NG tube inserted down my nose to drain off the bile in my stomach. I was also on morphine and antibiotics to help with pain the infections.

While I was in hospital, I had two further CT scans. Eventually after being in hospital for two weeks I was able to go home. For the next ten weeks I had daily visits to the doctor’s surgery, for the nurses to change my dressing as the wound was still infected.

Then on 18 October, we had an appointment with the surgeon who had carried out my operation. He explained that after they had sent samples from the mass they’d found for a biopsy. After removing my appendix they’d also removed two foot of bowel from my caecum, along with 24 lymph nodes, five of which were shown to have cancer.

I was diagnosed with stage 3 bowel cancer. And told that as I had 13 cancerous lymph nodes still in my body, I’d need chemotherapy.

I couldn’t believe what I was being told. This whole time I’d been telling myself and everyone around me that I had an abscess. How could I possibly have cancer? There was no history of this disease within the family and I hadn’t had any symptoms. At least that’s what I thought then. Looking back there were some symptoms, like being tired, headaches and anaemia but I put these down to peri-menopause, nothing else.

Before starting chemotherapy I had a CT scan on my lungs. A 4mm nodule on was found on my left lung, but the oncologist told my husband and I not to worry about this, as they couldn’t be 100% sure it was linked to the cancer and just to concentrate on my chemotherapy.

My husband and I went shopping at the weekend as I researched about chemo care packages; hat, scarf, gloves, sickness band (an absolute godsend I have not had any sickness during my treatment) boiled sweets and air fresher (another life saver).

I started chemotherapy on 26 November. I got to the hospital in plenty of time, only to find that there was a two hour delay with the treatments. This wasn’t a great start, although some patients had been waiting for almost eight hours, so I was quite fortunate. Eventually my name was called and my chemo journey began.

How could I possibly have cancer? There was no history of this disease within the family and I hadn’t had any symptoms.

The side effects for me were aggressive. My body was going through the mill, with neuropathy, fatigue, insomnia and diarrhoea.

At my next oncologist appointment, they decided to reduce my medication, however even at a reduced rate it was still aggressive and so eventually they decided to stop the IV treatment on my third cycle and just continue with the tablets. To this day I am still suffering with the neuropathy side effects and unable to tolerate cold food and drinks.

In mid-February I had my midway CT scan (which looked at my lung, abdomen, pelvis), followed by my fourth cycle of chemo. After that, all I could was wait for the results to come in.

On 4 March I was given the bombshell. The chemo had not worked. The tumour had reoccurred back where it had started, in the surgical join and there was also a lesion on my liver. The good news was that the nodule on my left lung had reduced to 2mm, which was a relief I suppose. At least I hadn’t spent time worrying about that.

Still, being stage told you have stage 4 inoperable cancer and that the next step is palliative treatment is beyond awful. It’s very hard to see light in that moment. My husband and I were both in shock.

My first question was, what’s the life expectancy? One to two years with chemotherapy.

It couldn’t be happening to me. But it was.

Having time to digest this new information; there were so many questions that family and friends were asking. They’d start to make myself wonder and I’d constantly be thinking:

• Why is it inoperable?
• Why is it incurable?
• How do you measure life expectancy?
• When did it start to regrow?
• Can I get a second opinion?
• Can I see a visual of the CT scan (so I know what am I dealing with)?

I made a note of all these thoughts that were swirling around my head. And the oncologist nurse took time to answer them, as well as showing me and my husband the tumour on screen. It wasn’t only fascinating but it also helped to make it feel real.

On 18 March I started round two of chemotherapy. I was told that although it was a different IV treatment, I’d have similar side effects and possible hair loss.

At first the side effects were been minimal (diarrhoea and fatigue, although still suffering from neuropathy from the previous treatment).

By 10 April I’d started my second cycle and the hair loss came with it. Like so many other amazing people who have this disease, I choose to embrace this. So set up a JustGiving page and shaved my head to raise money for Bowel Cancer UK.

These past seven months have been a rollercoaster of a journey. It’s all been very alien, not only for me but also for my family and close friends.

Since my operation and diagnosis, the love and support that I have received from both family and friends (including work colleagues) has been overwhelming.

During this time, I have been fortunate to take time off from work and concentrate on my health and wellbeing. It helps to break it down by milestones, my next one being a CT scan at the end May / beginning of June, depending on that outcome, decisions for next steps will be made.

Right now I take each day as it comes. I try to stay positive. I’m glad to say my good days outweigh the bad days. I aim to prove the experts wrong. In the meantime, I am working through an achievable bucket list starting with staying in a 5-star hotel in Cornwall (an early 50th birthday present and ticking off the bucket list from my amazing hubby!). 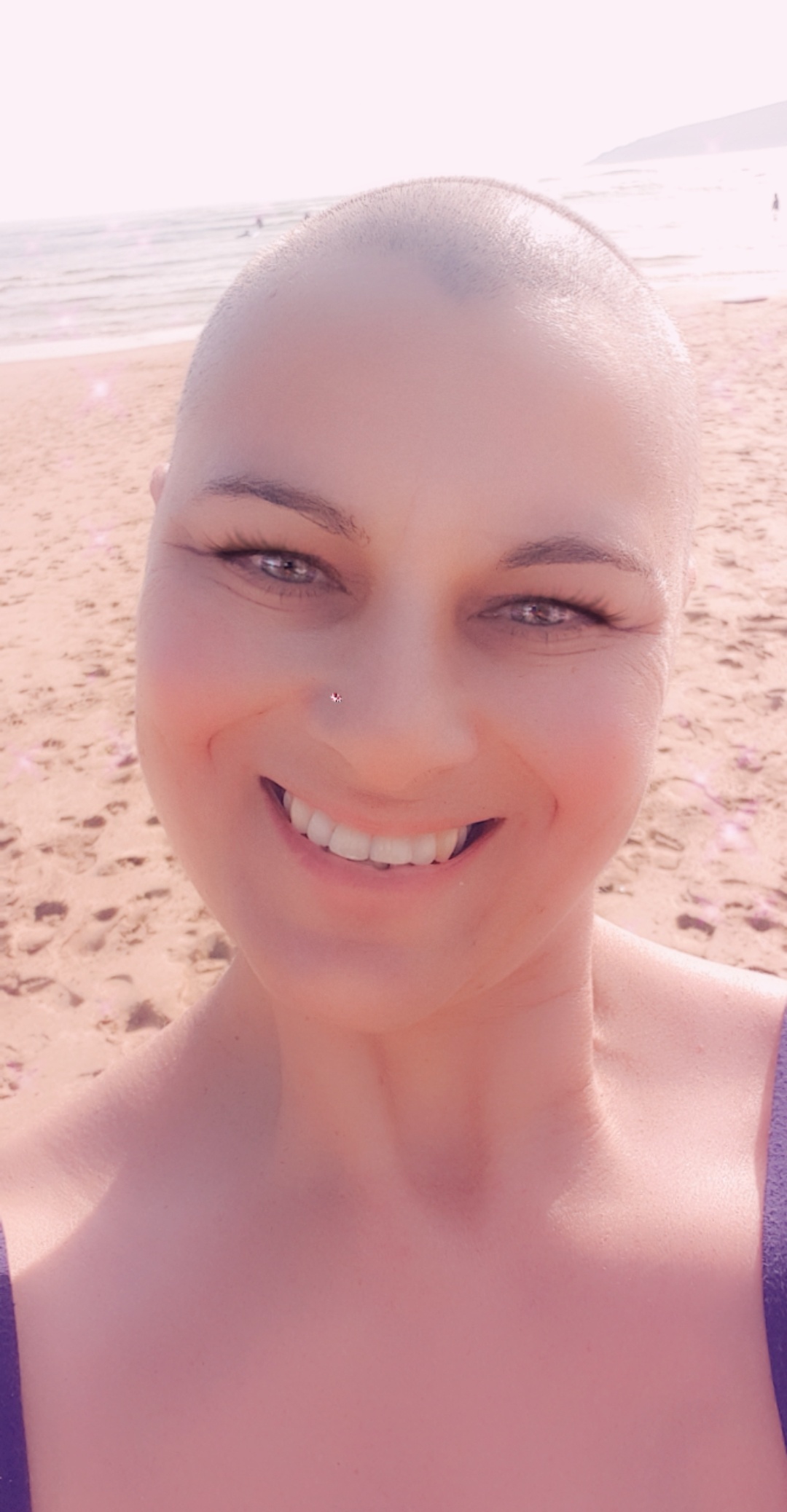 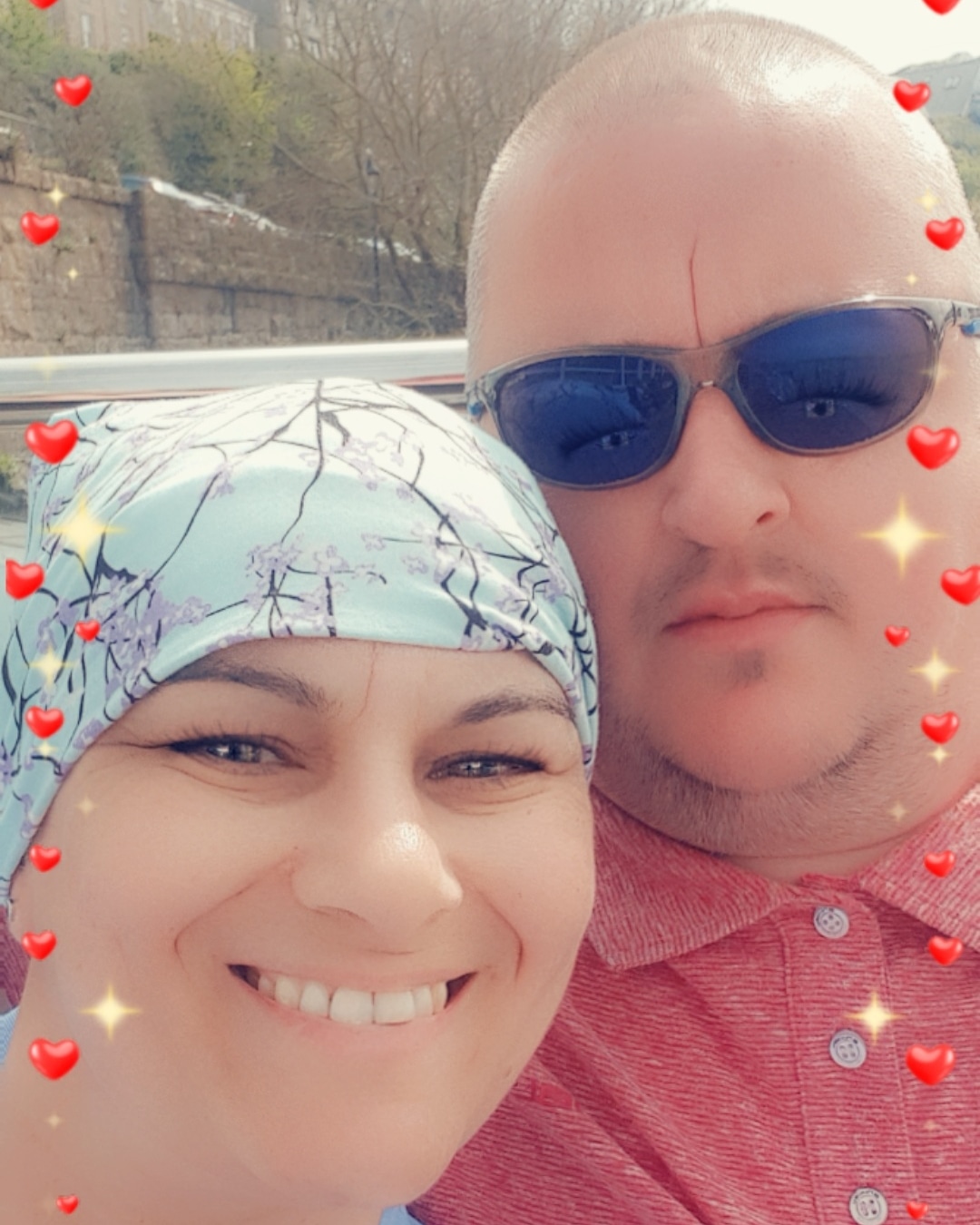 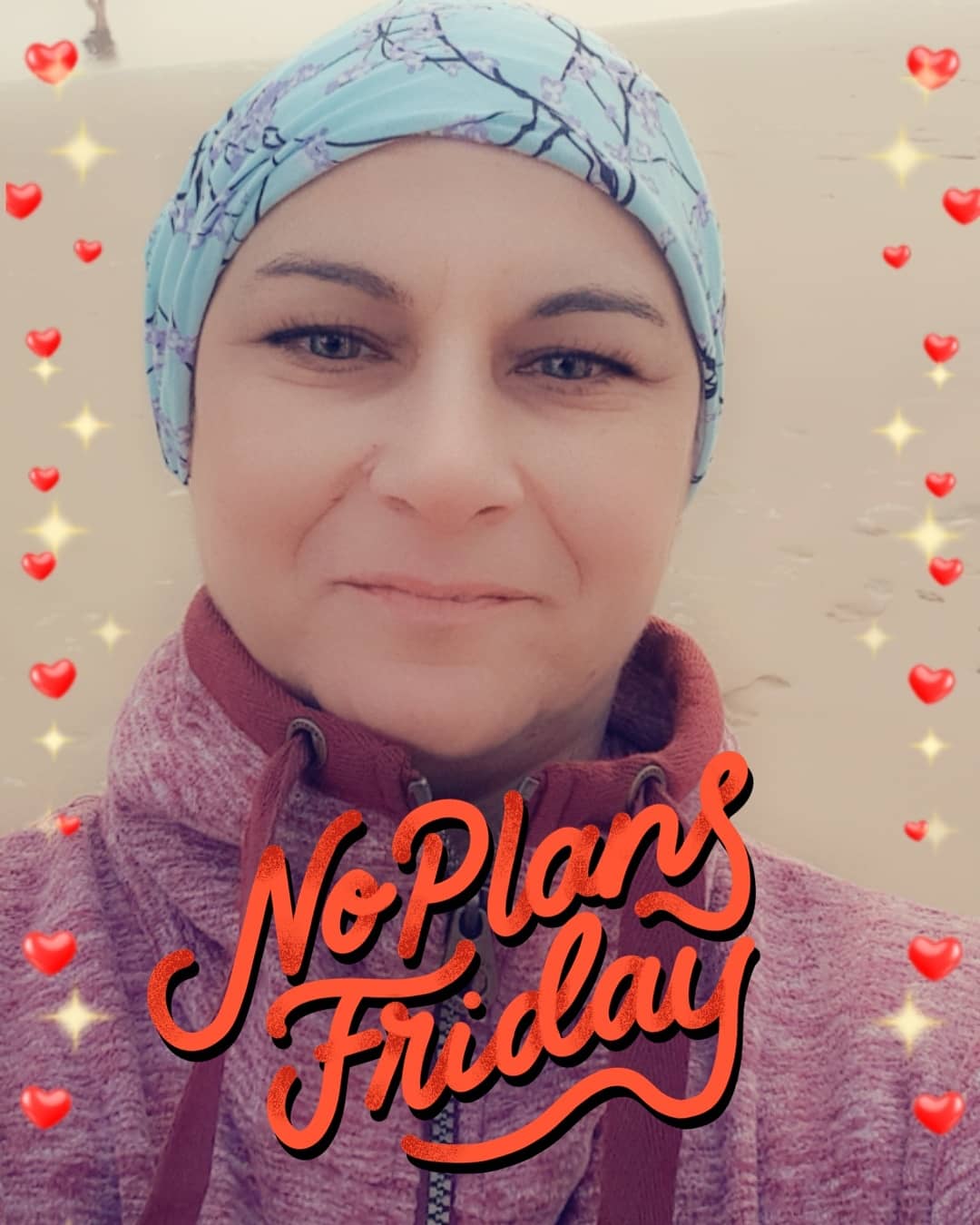