At the start of 2019 I started with really bad period pains. I hadn't noticed much pain in between at this point but around the end of March I went to see the doctor because my periods were getting excruciating. I explained to the doctor that my mum had to have an emergency hysterectomy when she was younger so she referred me for an internal scan on my ovaries.

The 7 May was my scan. As this was internal I couldn't be on my period. My dad took me to the scan with my one year old and as soon as I got in the car the pain started! I went into the waiting room and seconds later I had to run to the loo to be sick! Then my name was called. I explained to the nurse I knew it was no longer ovary related as I wasn't on my period and I had just experienced the pain worse than I ever had before! She asked me if I wanted to carry on with the scan which I did just to rule it out. As expected the scan was normal. I went home and spent the rest of the day in and out of the bath, being sick and pushing my stomach to ease the pain which felt like contractions.

From this day I was waking up every morning in pain. I used to dread going to sleep because I knew it would be there again in the morning. I was having painkillers every day to ease it and by most evenings the pain had stopped.

I went back to my doctor and explained how the pain was now every day and not just around the time of the month. I also mentioned I was extremely tired all the time but I had just put that down to working and having two young children. He prescribed me Buscopan for irritable bowel syndrome (IBS) and asked me to send in a stool sample so they could find out if it was IBS or IBD (inflammatory bowel disease).

A week later I had an appointment to discuss my results. My calprotectin levels were abnormal so I was referred for a colonoscopy. The doctor said there was a 40 week wait but as my levels were so high I would hopefully be seen sooner. Whilst waiting for my colonoscopy appointment I had an ultrasound which showed nothing.

Luckily on the 2 August 2019 I had my colonoscopy. The day before was our wedding anniversary and I couldn't eat all day and had to have the awful moviprep! But I was so happy to finally find out why I'd been in so much pain and that hopefully it could be sorted. I remember it so clearly. They could only get the camera round a short way (sigmoid colon) because of what I now know was the tumour blocking the way. They told me they were taking biopsies and then just saw blood and then shortly after was taken to recovery. I was honestly just so relieved they had actually found something. They called my mum in and the mood changed: "We are really shocked by what we have found and there's a strong chance it's cancer" my blood ran cold. Mum held my hand and I just shook. First thought was my boys without a mummy.

They explained what would happen next and said it would all be dealt with very quickly yet it was another month, 7 September, before I had my CT scan. Longest month of my life. I turned 32 and worried I might not make it to see my next birthday. I made sure I was up early every morning and making the most of every single day of the school holidays with my boys. As soon as they were in bed I spent all night googling the slightest pain convincing myself I had every other type of cancer going. We'd had a holiday to Disneyland Paris booked and was told to still go. Just what we needed but in the back of my mind was the worry that this might be the last time I'd get to go there.

A few weeks after my CT I got a phone call for my appointment to get my results. I was told on the phone that there were no other areas of concern so this really put my mind at ease. I went to my appointment a week later and my surgeon confirmed the cancer hadn't spread. I cried happy tears!!

He did say some lymph nodes nearby looked swollen so they would remove them in the surgery to test.

I had my keyhole surgery on the 7 October 2019. Everything went perfectly. The first words I heard when I woke up were 'no stoma'. That hadn't really entered my head the last few months and if I'd had to have one I would have just got on with it. I just wanted to live. I honestly woke up feeling brand new. I was out of hospital on day three.

Early October I got my pathology results. I was stage 3 bowel cancer. My lymph nodes weren't affected but one of the tests showed there were cancer cells in the blood vessels feeding the tumour (EMVI+) and because of this I am at a higher risk of it returning and would need chemotherapy. My first worry was still being able to hide this from my boys. My lovely Macmillan nurse, told me it would be chemotherapy in tablet form, I wouldn't lose my hair and I would need eight cycles.

I started in December and sailed through to cycle number five in March when Covid struck and it was stopped. During this time we sadly lost one of my family friends to bowel cancer. It was awful feeling incredibly lucky and grateful then feeling so much guilt and sadness at the same time.

My oncologist told me anyone on adjuvant chemotherapy who had had four cycles or more were being stopped because of the covid risk and the chemo will have done what it needed to do. So far it has and I had a clear scan in July 2020. Next one will be June 2021 and then another three years surveillance.

I'm so grateful for everyone and everything that got me here today. For my wonderful doctor not just putting my symptoms down to IBS because I was too young, for my hero of a husband chasing up results and asking questions when I didn't want to 'bother' anyone even though I was worried sick, for my amazing mum, dad, family and friends for being the best support imaginable, for my incredible surgeon doing the best job possible along with all the nurses and NHS staff. But most of all for my beautiful boys for being the perfect distraction from the whole nightmare. I thank my lucky stars every day that I am still here to watch them grow. It absolutely breaks my heart that so many other mummies and daddies have been robbed of that.

There are so many incredible people I follow on Instagram raising awareness for all types of cancer and it's truly amazing to see. No one, especially young people, think it will happen to them but unfortunately it does.

So I'm begging anyone that reads this to get to know your normal and get any new regular symptoms checked out. Don't put it off for too long thinking they will just go away, don't be embarrassed and don't feel as though you're bothering anyone by getting them checked. It could save your life. 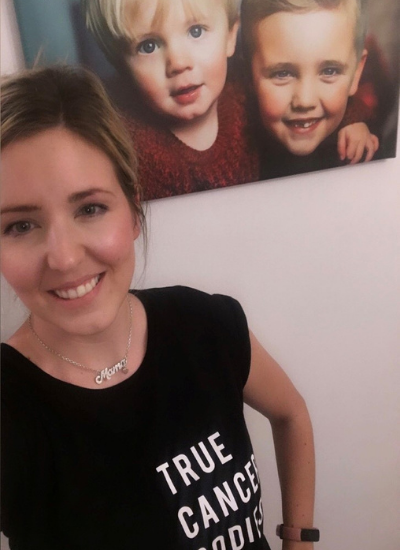 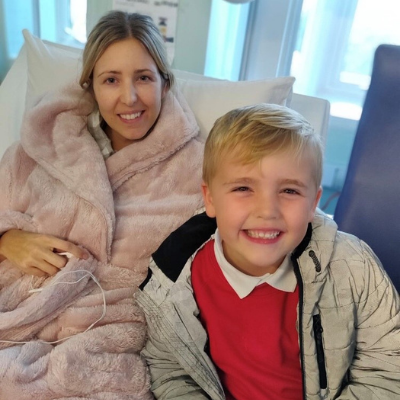 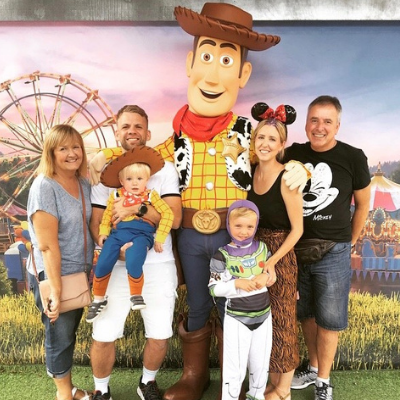 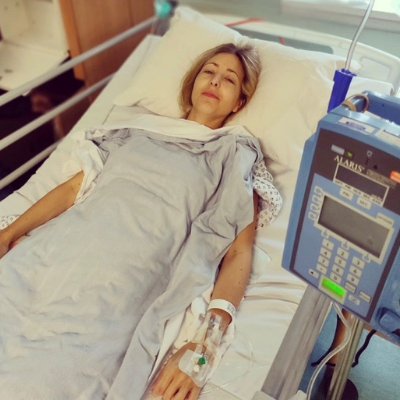