I was 37 when I was diagnosed with stage 2 bowel cancer, just before we were due to get married. We had to cancel our honeymoon, which was also to celebrate my husband’s 40th birthday, as I was having treatment.

I spotted blood in my poo and a lot of blood in the toilet, as if I was on my period. It went on for a few months, I was worried and spoke to my husband. He said the next time it happens he wants to see it. He urged me to go to the GP.

At the appointment, he didn’t believe the extent of how much blood I was seeing. He thought it was piles, even though when he did an examination he didn’t spot any. I was adamant that it wasn’t piles and went back to the GP three times. Eventually they referred me for a colonoscopy, but I had to wait six weeks so in the end I went to see a private GP as I had healthcare insurance through work.

To be honest, I wasn’t impressed with the private GP, he was very dismissive. He looked for polyps and couldn’t find any. He just told me it’s nothing to worry about. I left feeling very disappointed.

By this point the symptoms had died down a little and I changed my diet, which may have contributed to this.

It was the night before the colonoscopy, and I came so close to cancelling it. You can’t eat for 24 hours, it was 5pm and I was starving. My husband encouraged me to keep the appointment just to be on the safe side.

I was so lucky that I didn’t cancel the appointment as a tumour showed up straightaway. I knew in my heart of hearts something was very wrong. They took a biopsy and I was aware that it wasn’t looking good. The tumour was quite low down and they told me that it looked like cancer.

I went to the hospital on my own, and they rang my husband to tell him that he must come. I had to wait 90 mins and they wouldn’t tell me anything without him here. A nurse did wait with me, which was nice.

Once my husband arrived, they explained that they were 99% sure it was cancerous, but they needed the biopsy to confirm. They didn’t even wait until they received the results and booked me in to surgery 10 days later.

The hospital was amazing, I don’t think I could’ve received better care elsewhere.

They removed the tumour in surgery. The operation took eight hours as the tumour was in a very awkward position, it was in the corner of the rectum. They took out 22cm of the intestine and half of my rectum.

I was lucky that I didn’t need chemotherapy, but instead I had a stoma. It was only there for four months but I hated it. I was constantly in and out of hospital with it. At times it went into overdrive and it was leaking. At one point I was in hospital for two weeks, it was awful.

Three weeks before I was due to have the stoma reversed I was finally getting used to it. I was back at the gym and in the end I wanted to keep it as it was working.

Recovery from the stoma reversal was really tough. I had to learn how to poo again, and I always had Imodium with me and a spare pair of clothes just in case of any accidents.

I’m now back at work and getting on with life, and being a mum. I have five year old twins and a 19 year old, at the time of my diagnosis they were three and 17. I genuinely didn’t have time to be ill, I just told them to do whatever they could to fix me.

I’m so grateful to the NHS as at the time I was constantly in and out of hospital. I was living on morphine, and at the time we just needed to get through it. We were offered counselling but we didn’t take it but in hindsight we should have.

We didn’t notice at the time, but my husband was struggling. No one ever asks how he his. My advice to anyone going through this would be to seek counselling support.

This year I’m running the London Marathon for Bowel Cancer UK to show my support for others affected by the disease. 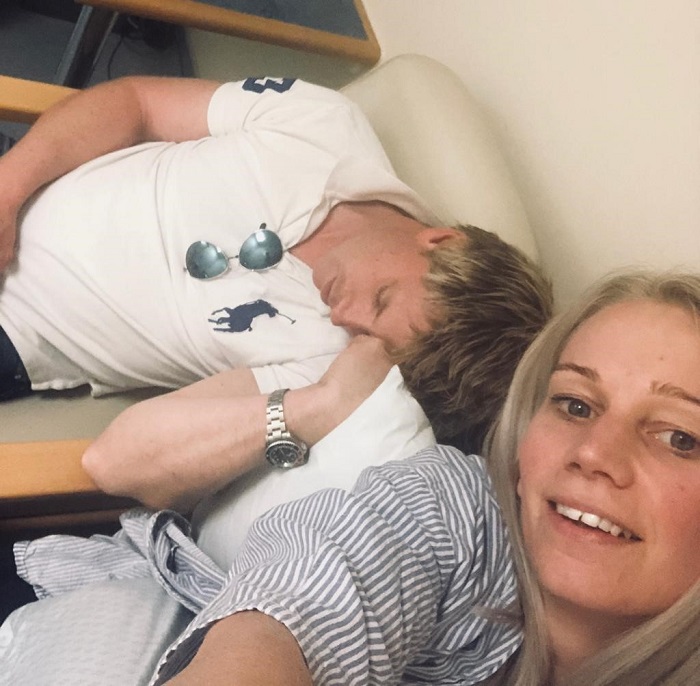 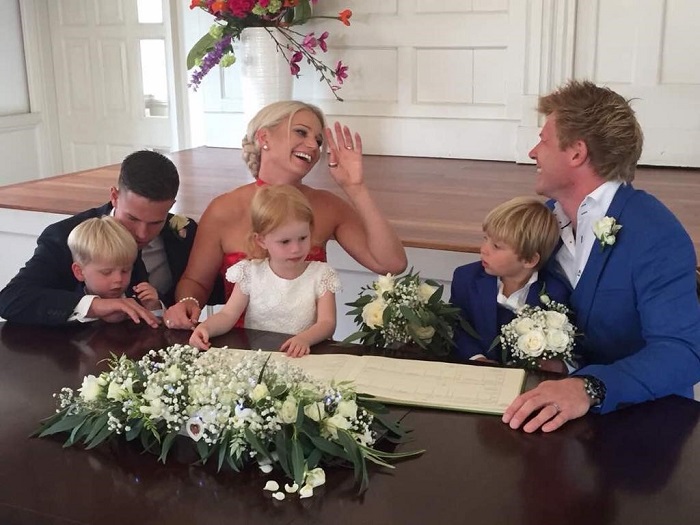