I noticed blood once or twice in my poo in 2018 but I didn’t do anything about it. I then started to get a change in my bowel movement around July 2019, I needed to go to the toilet more often than normal and every time I stood up it felt like I needed to go. I thought this was due to my lack of eating and a poor diet. I was in a bad place in life with a lot of other problems going on, so I just left the symptoms and carried on. It wasn’t until that November that I felt a lump just under my stomach that was painful to touch. I went to the hospital but they wanted me to have a colonoscopy. I had had a colonoscopy in 2016 and it was the worst pain of my life, so I didn’t want to have another one and left the hospital.

By March 2020 I could no longer stand without needing to go to the toilet, so I rang the emergency doctor and he saw me straight away. I explained all my symptoms and he rushed to get me an emergency colonoscopy. He didn’t let on he knew what was wrong but with how quick he acted to get me seen, I gather he knew what the problem was. Two days later I went to hospital for my colonoscopy. I was given gas and air this time, so the procedure was so much better than the one I’d had four years before. Once the camera entered I was looking at the screen and I was shocked to see the worst thing possible - I knew that I was looking at a tumour blocking the lower part of my bowel. It was huge. The nurse took a biopsy and said she couldn’t say if it was cancer or not. I was crying thinking I hope not.

Once I had finished I was taken into a room where I was handed a card with information about cancer. I was in shock and they called my mum in and I just cried looking at her. All I could think about was my son and how I didn’t want to leave him without a dad. We were told someone would be in touch to let me know if it was cancer. It was the longest two week wait of my life, that’s for sure. I just kept asking myself why me, I’m only 31.

On 28 March, the doctor rang me to tell me it was stage 3 bowel cancer. I dropped to the floor, I couldn’t feel my body. I cried so much. I was invited to go to the hospital in Wakefield to meet my consultant Dr Sivakumar the next day. I was so scared. Dr Sivakumar gave me a lot of information and he reassured me that he would be able to help me. I felt a bit of relief but he told me that I needed to have a stoma put on straight away to help me keep the stress off the tumour. I didn’t know what a stoma was and when he showed me I said I didn’t want it - I thought ‘I’ll be ugly and nobody will like me’. But the doctor and my mum told me it was serious and I needed it straight away, so I agreed.

Three days later I went for the stoma surgery. I was a nervous wreck. I looked at my body one last time and realised it would never look the same again. When I woke up after surgery, I didn’t look at the stoma for hours. I couldn’t bear the thought of it. But I finally did and it wasn’t as bad as I thought it would be. The problem was that due to Covid, I was in hospital alone, but the stoma nurses were lovely. I managed to change my stoma bag the same day and went home the next day.

Dr Sivakumar saw me a few weeks later and told me the plan to treat the cancer. I was to have five weeks of chemotherapy and radiotherapy together to shrink the tumour before surgery. I agreed and started the treatment on 25 May 2020. The only side effects I had was tiredness, although I did get a sore bottom from the radiotherapy.

After the treatment finished I had CT and MRI scans to see if the it had worked. I was nervous the night before and couldn’t sleep. Luckily the treatment had shrunk the tumour and I was ready for Dr Sivakumar to do the surgery. I was over the moon - finally I felt like my life was good again.

I had to wait another seven weeks before surgery to let the effects of chemotherapy and radiotherapy wear off. In September I had a meeting with Dr Sivakumar to talk about the surgery. He showed me how he was going to do it and I was introduced to all the doctors I needed to speak to. Then it was time, I said bye to my mum and off I went. I had to have an epidural, which was scary but not so bad. The next thing I remember I was in the intensive care unit waking up. My mouth was so dry. I couldn’t feel anything and I was scared to look. I was hoping the doctor had done keyhole surgery and not open surgery. About 20 minutes later, Dr Sivakumar came to me and said it had been a success – he had removed all the cancer from my bowel. I just cried and thanked him so much. He’s my hero. He told me he had to do open surgery as the radiotherapy had left a scar on my tissue and he needed to get to the tumour without affecting the tissue scarring.

Once all the drugs had worn off I felt the pain - it was the worst thing ever. I was in bed for six days without moving - I couldn’t bare the pain. All the stitches and tubes in me was too much, but it got better. I came home on the tenth day and just rested. I was so weak and only weighed about eight stone seven. I looked so poorly.

A few week later my doctor told me he had removed 35 lymph nodes during the surgery and one was active, meaning I needed to have more chemotherapy. I agreed to have four cycles of the infusion and tablets. The infusion made me very sick – I was throwing up all the time and couldn’t eat or move.  In the end we did four cycles of the tablets by themselves, which worked better for me as I had had them before.

I finished my chemotherapy in January 2021, which felt so good. I have completely changed my lifestyle now - I’ve stopped smoking, I don’t drink anymore and I’ve stopped eating processed foods. I only drink water and tea and I’ve cut sugar out of my diet and most meats too. I feel so much better for it and look better than I ever have. I go to the gym every day and keep myself busy and just enjoy life now with a smile. To be honest, this cancer has changed my life for the better as before it I lived an unhappy, unhealthy lifestyle. I’m a positive person now and I feel blessed that I’m still here. My bowel has healed just fine and I’m just waiting for my stoma reversal now. I have my check up in September too.

I’m so thankful for how quickly the NHS acted and helped me. I’m also so grateful to my mother who helped me and looked after me through this dreadful time. My advice to everyone now is to act quickly if you have symptoms, and not be afraid to go see your doctor. 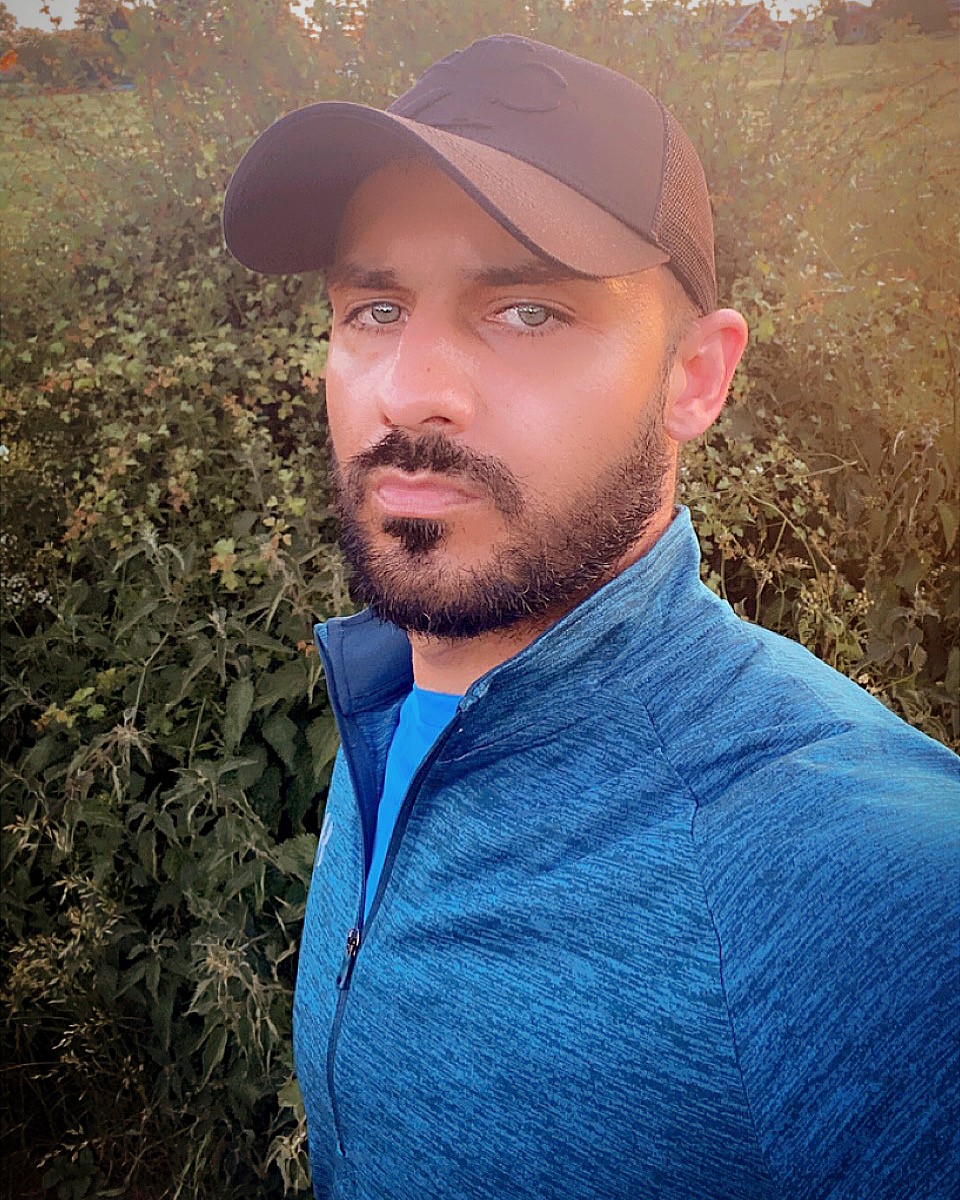 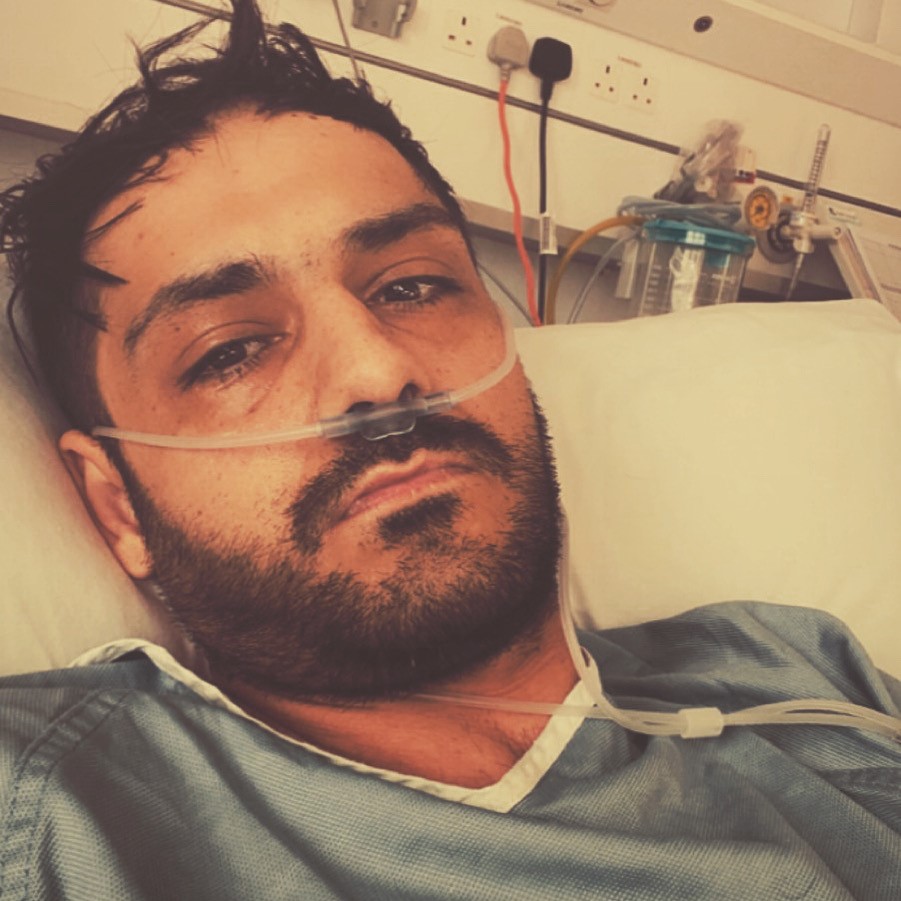 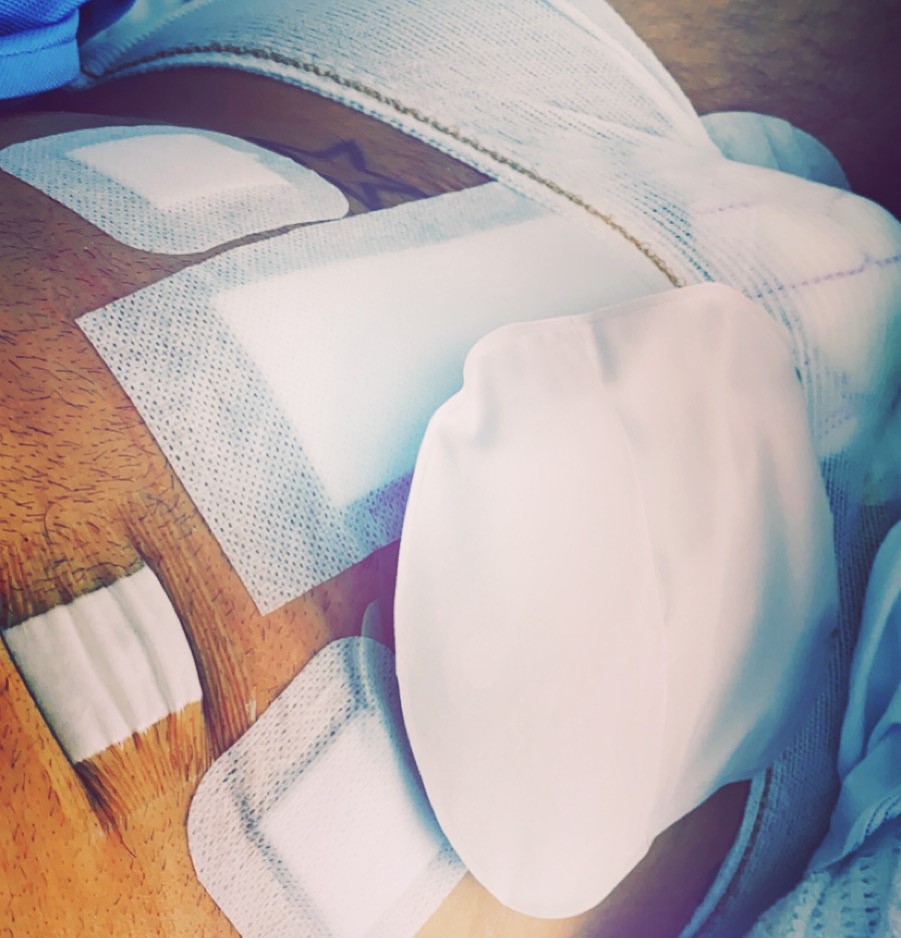