About six months before my diagnosis, I had experienced a little blood when going to the toilet but it was fairly insignificant. The main symptom I had was experiencing trouble running up the stairs, I would be breathless and my thighs would burn.

I went to the GP to pick up a repeat prescription and whilst I was there, I thought I would mention it. At that stage I wouldn’t have arranged an appointment just for these symptoms. I saw the nurse practitioner and he was excellent. He didn’t know what the problem was, but sent me for blood tests.

The following day I was called in for an emergency appointment to see the GP after the blood tests results came in. He told me I was losing blood from somewhere and referred me for a colonoscopy. At this point I hadn’t considered it could lead to cancer. I assumed I’d feel poorly if it was something like that and I didn’t feel ill at all.

Preparation for the colonoscopy is by far the worst part. It's the mother of all laxatives and requires drinking an unimaginable amount of disgusting liquid to clear out the bowel. The day you take the prep, cancel everything! You are going nowhere other than to the loo and back, and often you won't make it off the loo before you need to go again.

I'd had an endoscopy before - without sedation. Not a mistake I will ever make again, so this time I opted for all the drugs. I was gowned up as they were going in both ends, there's nothing glamorous about any of this, and the funniest part is that for the colonoscopy they give you hilarious paper shorts with a flap at the back for easy access. I had to giggle!

They give you the sedation then the endoscopy via your throat is done first. Afterwards they literally flip the bed round so you're facing the other way and off they go. It would be undignified if it wasn't all so ridiculously funny. Though maybe that's just me.

The colonoscopy didn't hurt. I think this is very important to let people know. However, the camera couldn't go all the way round the bowel as it couldn't get past the tumour.

I saw the tumour on the monitor. I remembering asking what it was but all I recall the doctor saying was that it was some kind of mass. It didn't really hit me what this actually meant until the consultant called both me and my husband in to discuss the findings. Alarm bells started ringing when they said my husband should be with me. She told us that the mass we had seen was probably cancer. I was pretty pragmatic about it, but my husband passed out and fell on the floor, requiring most of the nearest staff members to rush to his rescue. Nothing like having your thunder well and truly stolen!

I had surgery within three weeks of diagnosis - a left side hemicolectomy, followed by eight cycles of adjuvant chemotherapy over a six month period.

I’ve had a lot of side effects. After I had surgery they discovered I was allergic to morphine which prolonged my hospital stay. Then during chemo I had a long list of side effects: neuropathy, leg cramps, headaches, sickness, diarrhoea, lack of balance, prolonged tiredness, lack of energy, QT prolongation of the heart, hallucinations and hot flushes amongst others.

I’ve since finished chemotherapy, but I still suffer from headaches, ectopic heart beats and neuropathy in my hands and more severely in my feet.

I’m a fitness and dance instructor so I had to stop work and my chemo coincided with lockdown so it has been a very weird time! I’ve put on nearly two stone in weight through steroids and lack of exercise. I was super fit due to my job and I’ve gone in the opposite direction now. Luckily my husband has worked from home during lockdown so he has been able to look after me.

We have four girls and they have been great too but I felt I neglected them a little during chemo as I just wasn’t capable of doing anything a lot of the time. I decided early on to try to use my situation for good, so I set up a Facebook page and Instagram account called TheGutsyCancerDancer to raise awareness of the day to day reality of life with bowel cancer. It’s a very open, honest, brutal account of living with cancer but it seems to have been quite successful and I’ve found it very cathartic. I also started a daily journal which I’ve continued and hope to turn into a book in the near future.

My treatment is done for now. I was discharged from oncology in September and I’m back to clinical care where I fall under the intensive follow up protocol. This means I will have a scan and a colonoscopy in January 2021 and two more scans and a further colonoscopy over the next five years. They will be looking for any signs of recurrence or spread of the cancer and any disease elsewhere. I'll also have blood tests every six months to check on my cancer markers.

Now that treatment is over (for now at least) I can get back to concentrating on my family. My four girls have had a big shock but coped incredibly well, especially bearing in mind they went through all of this with me during lockdown which was tough enough on them as it was.

I'm looking forward to getting back to exercising and dance. I was so physically fit before all this happened and I want to get back to that former self, but I'm under no illusions that it might not be possible. Hopefully I'll be able to get back to it in some reduced way, but I miss teaching my classes and the camaraderie I get from all my amazing students and clients.

I'm considering setting up a free fitness class for people living with or recovering from cancer. I love my community groups and I want to give something back for all the incredible care I've received. I can see a gap in the market for people just like me who can only manage a certain amount of exercise and who would also benefit from being around others who totally understand how they feel.

I also hope to get the book I'm writing about my experiences published at some point but that might be a pie in the sky idea!

Since my diagnosis, some of my team have taken over running my classes for me and all class fees get shared between Bowel Cancer UK and my eldest daughter’s charity – Scleroderma and Raynauds UK. She was diagnosed with a very rare auto immune disease called Systemic Sclerosis with Polyarthritis and Raynauds when she was 13. It's an incurable, life altering disease which is well managed by medication which she will probably have for life. Luckily we caught it early and thanks to the control of the medication she leads an almost normal life. It concerns hardening of the connective tissue within the body and affects only one in a million children in her age range.

We also had a huge team sign up for Race for Life which was sadly cancelled, but in the initial stages that raised lots of money.

I’m immensely proud of how much positivity has come out of my situation. 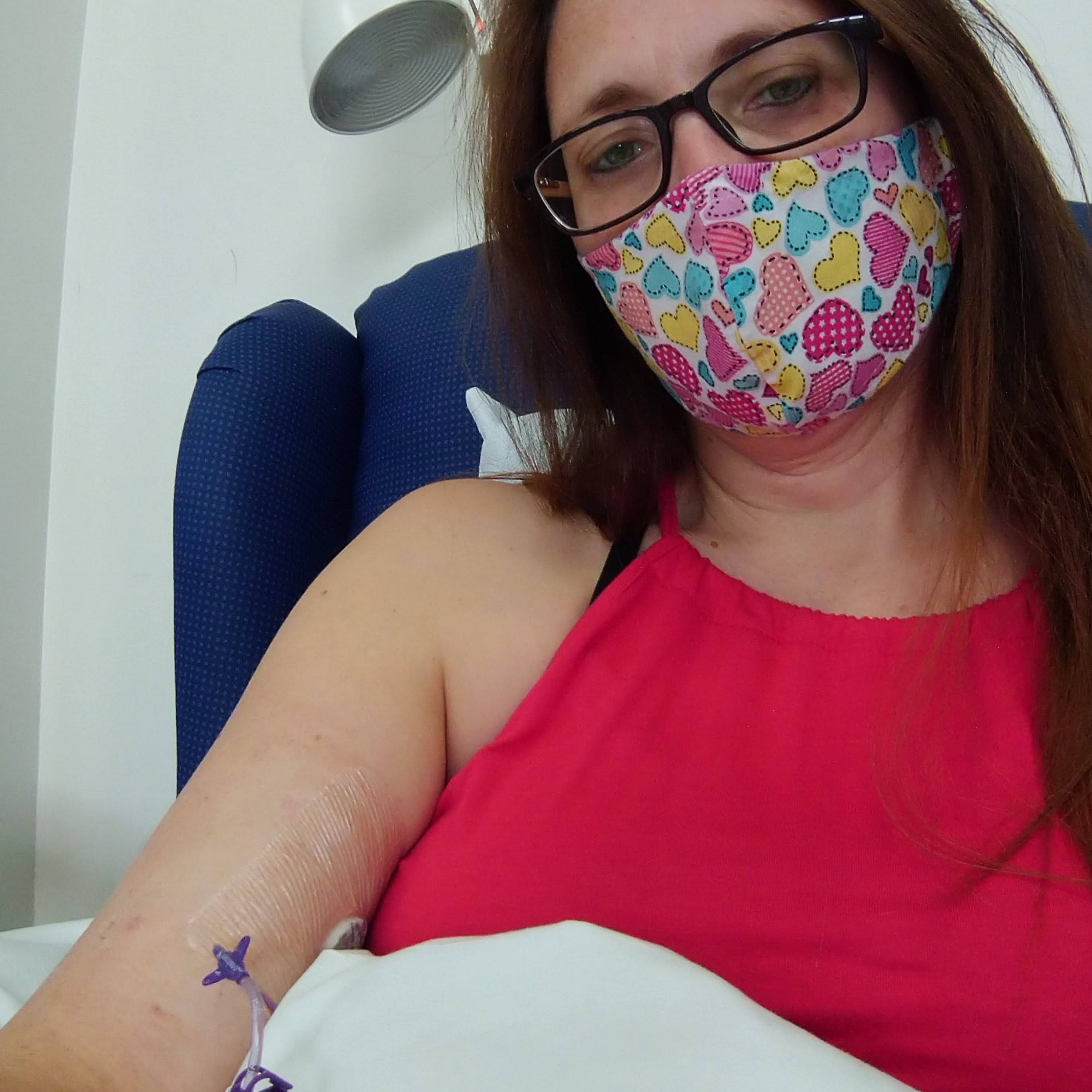 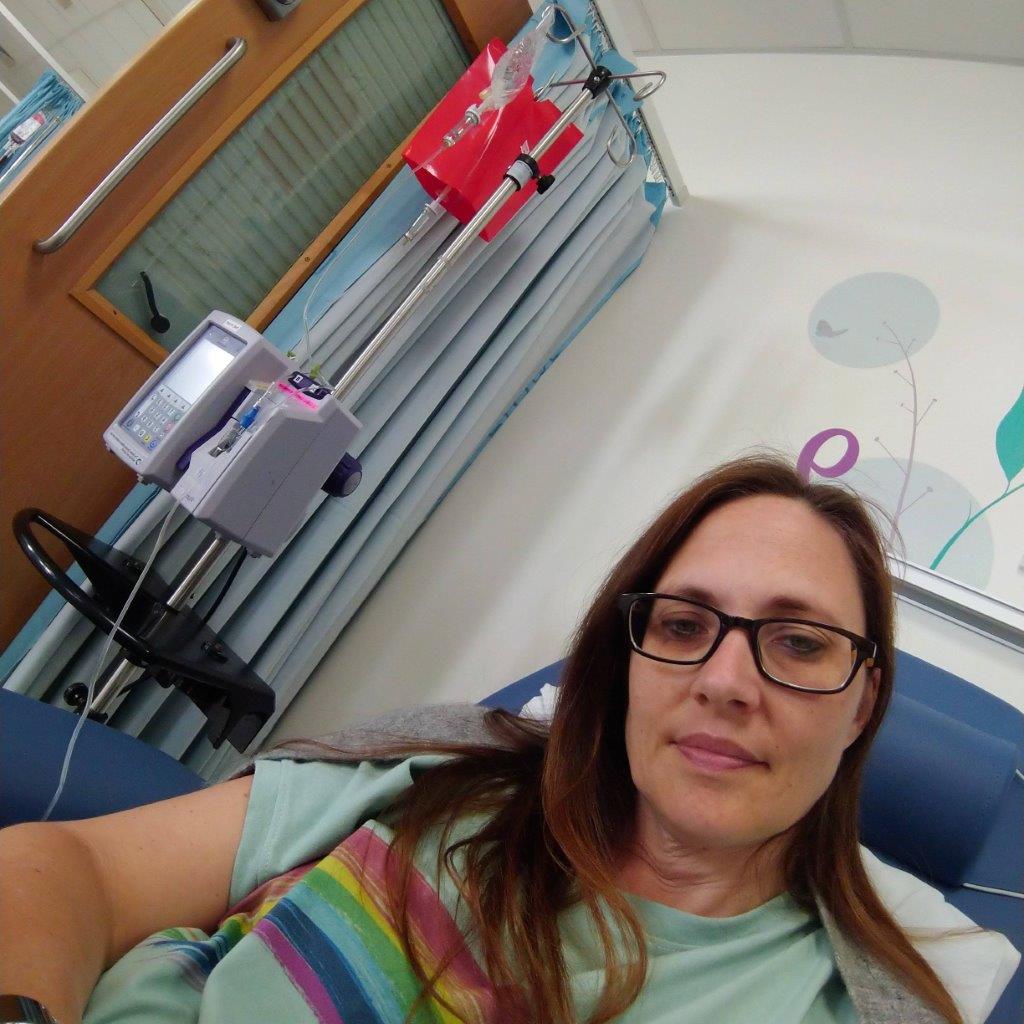