I was diagnosed with stage 4 bowel cancer in October 2017, just before my 30th birthday.

In March 2017 I started taking tablets for a skin infection, after having a preventive mastectomy the previous August due to having the faulty BRCA2 gene. My mum had died of breast cancer in 2000 when I was 12, her sister also died of the disease in 2015 at 57 and their dad died of prostate cancer in 1998. After my auntie was diagnosed with breast cancer I was tested for the BRCA gene and opted for a double mastectomy.

After about three months of taking the tablets my skin wasn't improving and I'd had a few minor side effects, so I went back to the doctors to ask if I could try something else.

The doctor suggested having a blood test first as sometimes those tablets can affect the liver. The blood tests showed extremely high liver function levels, so I was referred for an ultrasound scan as soon as possible. This led to a visit to a gastro doctor at my local hospital, who referred me for a CT scan (after first telling me he had no worries because 'I was young' but because the ultrasound apparently showed a large mass it was best to check it out).

This again showed a liver mass so I had an MRI, then was referred to Queen's Medical Centre to see a specialist where I was told I needed an operation to remove 60% of my liver. At the time, they weren't sure whether it was cancer or not. I had the liver resection in September, and the biopsy results from this surgery revealed that it was in fact cancerous, and it was bowel cancer.

The following month the hospital scheduled a colonoscopy to find my primary tumour, but that ended up being cancelled on the day as one of my lungs collapsed and I needed surgery to inflate it. Once I recovered from this operation, I had the colonoscopy. The tumour was so big they couldn't get the scope past it, however they were positive a bowel resection could be performed to remove the tumour. Whilst waiting for the operation I had another CT scan to make sure there was nothing else in my bowel, which I didn't. But unfortunately, it showed the cancer had also spread to my lungs making me inoperable. My only option was to start palliative chemotherapy.

Up until this point, I had just taken everything that had happened and got on with it. To me, going through an operation or two and the recovery was nothing compared to some of the possible alternatives. I just thought I was going to face a third operation and that would be it, back to normal. I'd spent a lot of 2017 really looking after myself and becoming a much happier, healthier person, I'd bought a new home, and things were feeling really good. The liver and lung operations came along, and I just thought they were a minor bump in the road, I'd get them done and carry on again. I also think deep down I'd always thought cancer would get me, because of my family history. But I also hoped by having the preventive mastectomy I had done enough, at least for now! I've learnt the hard way, cancer doesn't care who you are, what you do or how you live your life!

The news of being inoperable, terminal, or as a nurse put it to me 'this disease will eventually get the better of you', I don't think I knew what to do with that information, or how to feel about it. In all honesty I still don't think I do today. I've just carried on with things and I'll be honest, I'm amazed at how calm I am most of the time. I think a lot of it is because I really don't see that I have a choice, giving up is not an option, and living with cancer is my new normal, so I have to make the best of it.

In January 2018 I started on chemotherapy (CAPOX) and completed seven cycles, which did show some signs of the tumours reducing in size. I was given a break from treatment for four months, then another scan in October revealed that the cancer had progressed. I immediately started a new course of chemotherapy (FOLFIRI), this one caused my hair to fall out which I was absolutely dreading but when it came to it, it wasn't as bad as I thought! After three cycles this treatment was stopped as the primary tumour caused my bowel to become blocked. I was admitted to hospital in December where I had emergency surgery to form a stoma.

Because I had the bowel blockage for weeks before the surgery, my body struggled to recover. My potassium levels were extremely low and I spent a week in a high dependency unit. It was a really scary time, I lost all mobility and put on about five stone due to water retention – I was huge! Doctors were coming all the time and talking about Respect forms and all sorts – it was really scary.

It took three weeks to be discharged as I basically had to learn to walk again, my dad was absolutely fantastic caring for me, I couldn't lift my feet an inch off the ground at first. In hospital they said that I may never lose the weight but after speaking to my amazing oncologist she gave me a few tips including to eat more protein. Once I learnt this the weight was off in weeks. Getting used to my stoma was easy, yes there was some trial and error getting used to changing my bag, the foods I could eat, and my clothing choices have changed slightly, but you learn to adapt. At the end of the day, it saved my life!

When I had recovered some more, I had another scan in February 2019 which showed progression in my lungs, so I needed to get back on treatment. I started on FOLFOX once I was able to and completed four cycles. This seemed to stabilise the cancer so I had a further three cycles. After I returned from a two week holiday in August, I had another scan and it wasn't good. The cancer was progressing again.

Fortunately, I was able to get on a clinical trial at The Christie Hospital in Manchester, and from October to December I had two cycles of a trial drug combination. I had a scan, which showed that some tumours in my lungs were stable, others had reduced but there was now a new tumour in my liver. This meant that I had to drop out of the trial.

On Christmas Day I developed a permanent cough due to tumours in my mediastinal, and I still have it to this day. In January 2020, I tried to find out if I was eligible for another clinical trial but after a blood test, I wasn't so instead I started Lonsurf – my last chemotherapy option on the NHS.

After three cycles, I had a scan and to be honest it was a mixed bag. The tumours were mostly stable so I carried on. Just after starting my fifth cycle, I heard about a new clinical trial at The Christie, which I was accepted on so I stopped Lonsurf for the time being.

The clinical trial is a combination of two drugs, one of which is an existing chemotherapy drug for ovarian cancer. I was accepted onto the trial because of my BRCA2 mutation. I had my first two cycles from July to September, which showed a 23% reduction, so I had two more cycles and another scan which showed a further 10% reduction. However, I had started getting headaches and after a CT scan we found out the cancer had spread to my brain. I had Gamma Knife stereotactic radiosurgery in November 2020 to treat four lesions.

I was fortunate to be able to continue with my previous treatment, and I'm now having my eighth cycle as part of the clinical trial (February 2021).

I've never asked about timescales. I can go online and read them, I know what they say. But I also know from some of the groups I'm in and from talking to other people that this doesn't mean anything. You don't know what your body will do, so I try not to focus on it. Obviously it is in the back of my mind and I'm well aware of the limited time I do have left, but dwelling on that doesn't seem to be worth it. It feels like a waste of that time.

I've created a bucket list, and was trying to work my way through it but COVID hasn't helped! 2020 was going to be the year for travel, hopefully I won't have to wait much longer now the vaccine is being rolled out. I have ticked a few things off the list already, next I want to fly in a Spitfire, have a flying lesson, visit Tokyo (to see the cherry blossom), America, and too many other places to list.

Being able to work from home has been a godsend during the pandemic. It has kept me in a routine and given me something to focus on whilst shielding. I managed to go back to working in the site offices in November (I'm a Project Engineer), which made a huge difference as I'd really missed seeing people! My employers have been fantastic and have adapted things to make it even safer for me.

I've met some amazing people in the last few years, mostly online on Facebook groups and on Twitter. I have been lucky to meet one lady in person who lives close by, Marie. She's been a massive support to me. The cancer community is a horrible 'club' to have to be a part of, and sometimes (especially last year) I wish I'd never met some of these people, because all that happens is eventually, we lose them. It is amazing how close you can feel to someone that you have never even met, it really is the worst and the best club to be in. 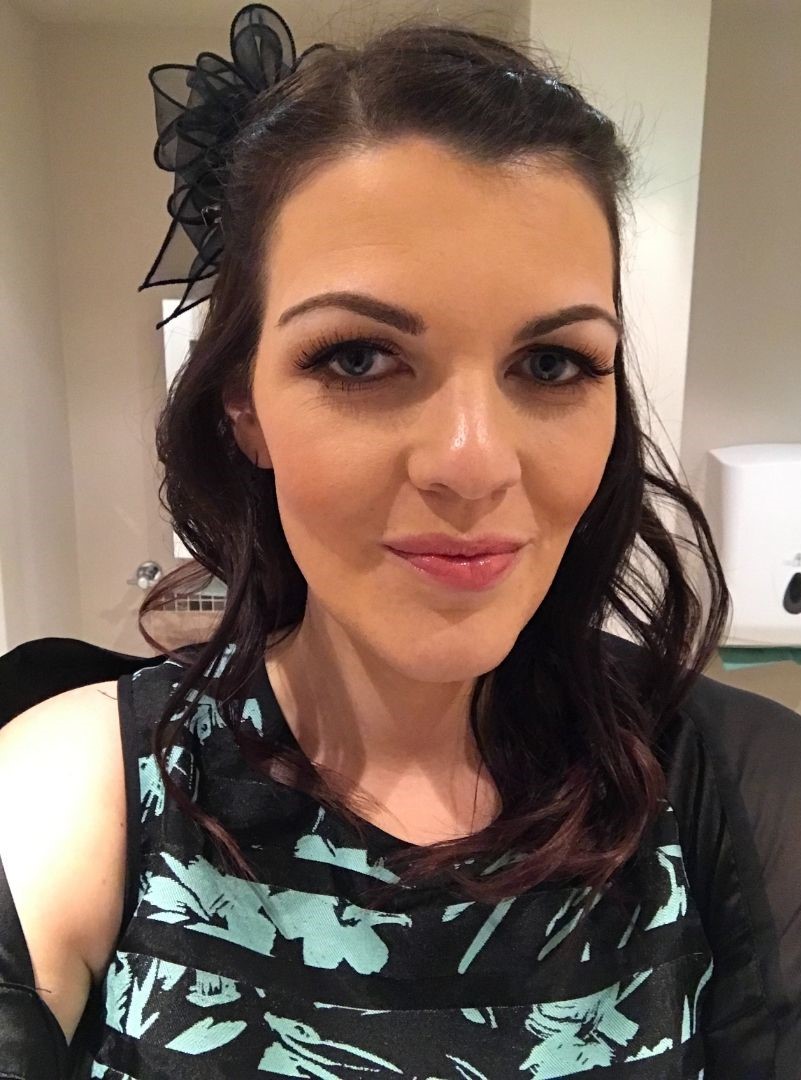 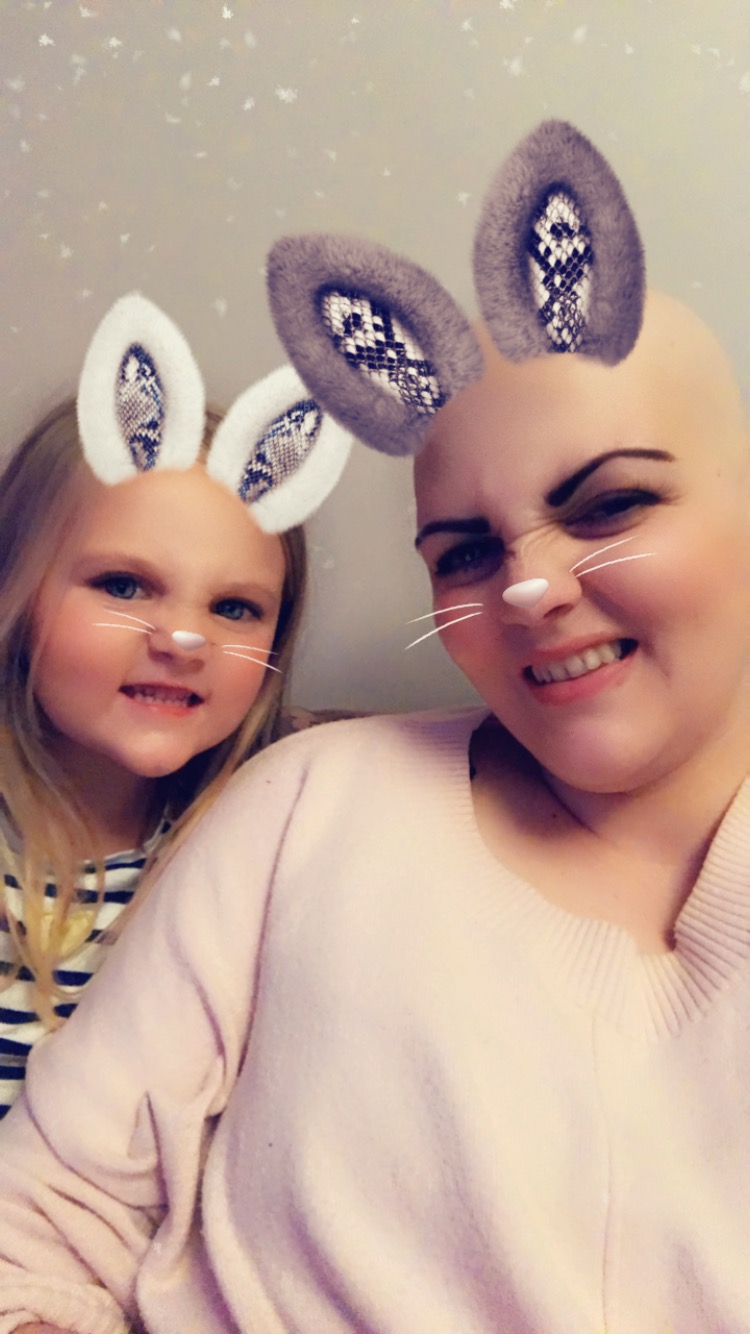 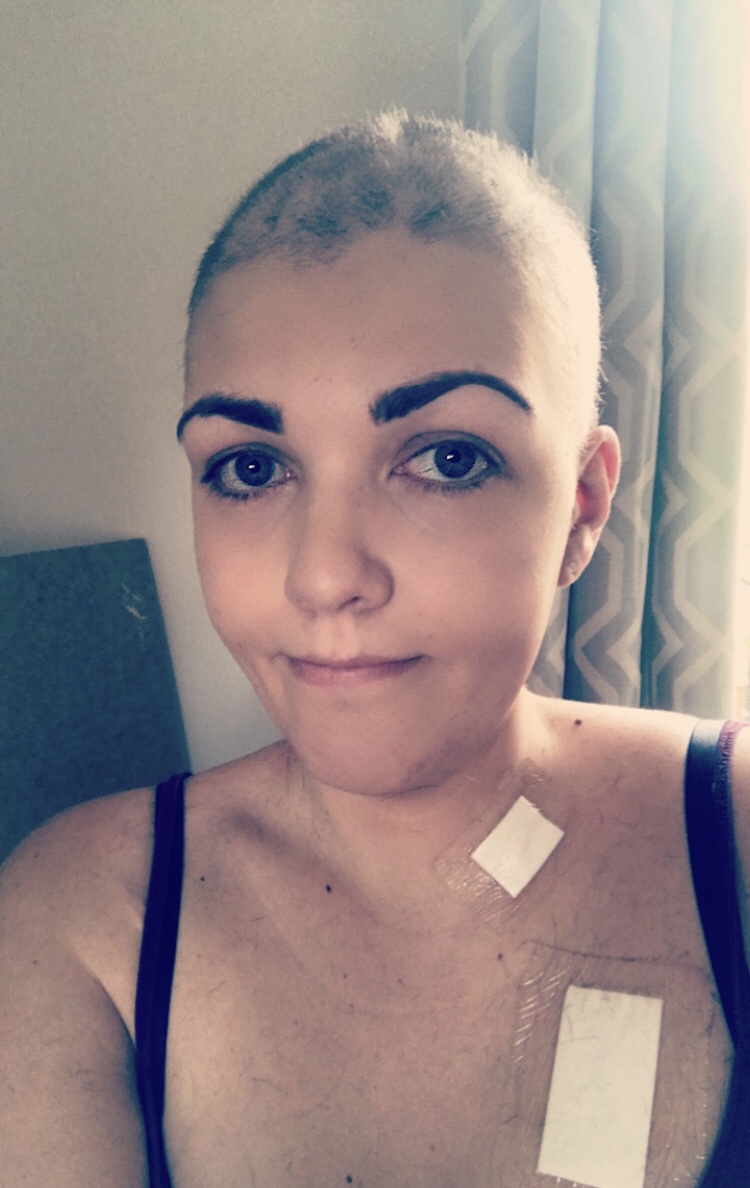 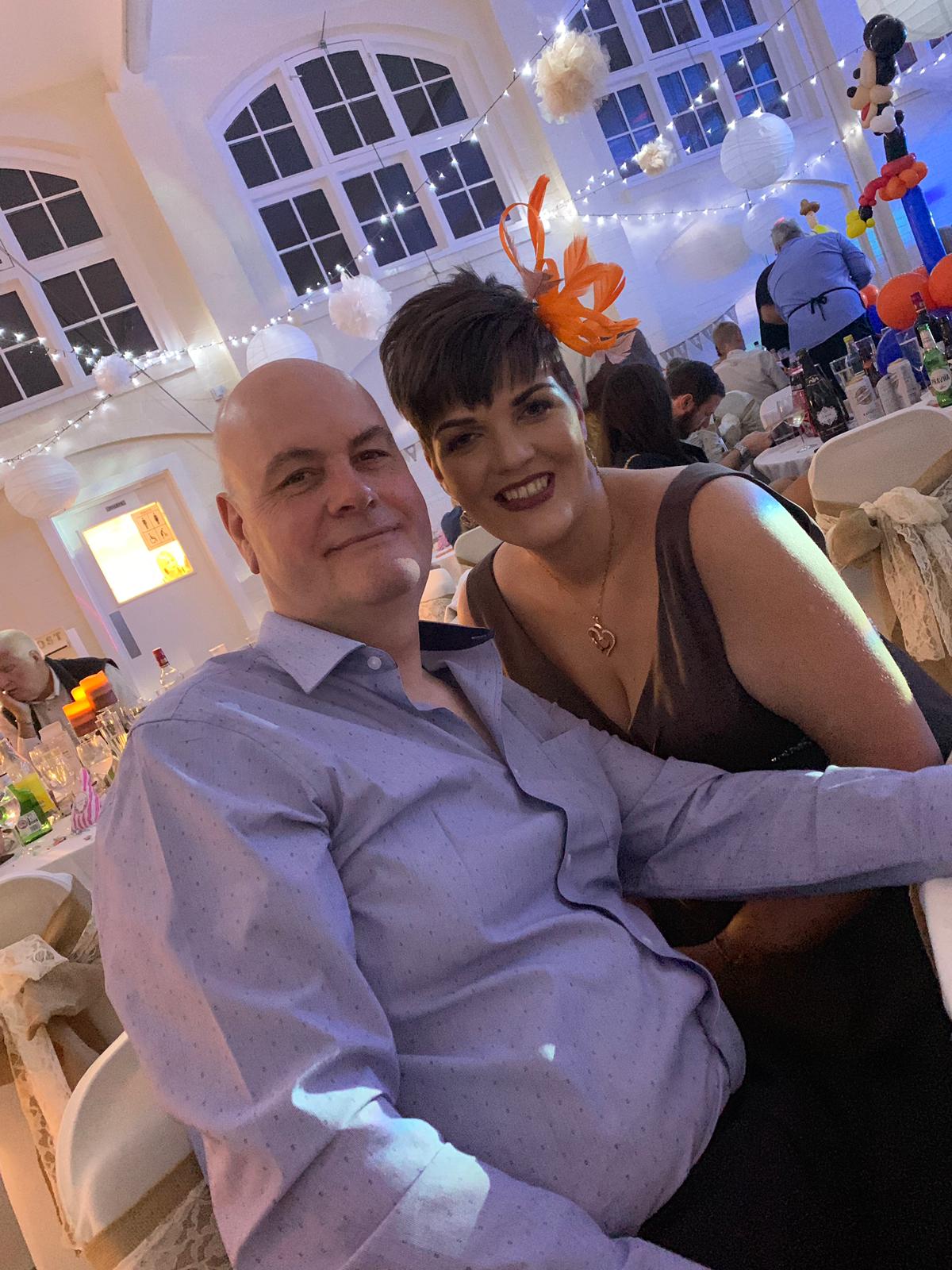