I went to the GP for two and a half years complaining of bowel problems, and they repeatedly said I had irritable bowel syndrome (IBS). I was asked to keep a food diary as I thought it may be eggs, it later turned out that I think I am allergic to eggs. I was told it was related to stress as I was planning my wedding. I lost a lot of weight and dropped two to three dress sizes – I’ve never been so small. I was never hungry.

It was incredibly painful when I went to the loo, and at times I passed out on the toilet in pain. Surely this wasn’t IBS?

I went to the GP and had bloods taken. When I was at work, I got the call from my GP and they told me to go to A&E immediately as my blood levels were incredibly low. At this point I was having heart palpitations and needed a blood transfusion. At the hospital, I was told that I couldn’t have the blood transfusion as my heart just wasn’t strong enough. Although I did have a flexi-sigmoidoscopy, this only looks at half of your bowel and I later found out they missed my tumour by an inch.

I did ask the consultant if it could be cancer, only to be told “don’t be silly little girl”.

The next step was to look inside my stomach, but they couldn’t do that because at this point I was pregnant with my third child. Miraculously all my symptoms went away, and life went back to normal. Rosie was born naturally on the 7 February 2019.

After her birth, the symptoms came back with a vengeance. I was passing out on the toilet again, I developed an abscess and had flu-like symptoms. Rosie was 11 weeks old at this point. I went to the GP and they told me to go straight to A&E.

They told me I had a collapsed lung, and that I could have kidney problems. They assumed this because I had trouble weeing. Whilst at hospital, I developed sepsis.

I was always told that the blood I saw when I went to the toilet was piles, because it was fresh blood. The consultant examined me and found no evidence of it. She booked me for a CT scan and I was pleased, because someone was finally taking me seriously.

An hour later, three doctors came into my room and I was told that it was cancer. I was transferred to another hospital and wheeled straight into surgery. It was stage 4 bowel cancer as they found spots in my liver, it was everywhere. They couldn’t even tell me if I was going to be ok. I was so incredibly ill because of the sepsis that I needed another blood transfusion.

I was in surgery for seven hours to remove the tumour in my bowel. My poor mum was just pacing through the hospital. They hoovered up the abscess, found seven out of 23 lymph nodes were cancerous and four tumours in my liver.

At the end of June, I had seven rounds of chemotherapy, I responded amazingly to it as they did shrink the tumours with one completely gone. In January 2020 I had liver surgery to remove 70 per cent of my liver. I had a right portal vein embolization, which blocked off the vein in the right side of the liver to pump up the left as it was unusually small. It was so painful, even now thinking back to that time, it was disgusting!

I’m now back on chemotherapy, I take 16 tablets a day. I’ll have a scan mid-June to see what further treatment I need, if any.

My oncologist said that the tumour was probably there for two years, it’s incredibly frustrating as I was going to my GP for two and half years before I got pregnant.

The side effects from chemotherapy are horrendous; awful fatigue and the steroids make you hyper. I couldn’t look after my children (Joshua, 17, Bobby, five and newborn Rosie). I had ingrown nails, I grew hair on my face. I still have the scars from the blisters and spots you get on your face from the chemo.

I didn’t think I would see Rosie walk, but she’s walking every day now.

Luckily I had been paying for critical care insurance for 11 years, so I was able to give up work (I own a nail bar) and my husband is self-employed and couldn’t take on any new work so he could look after the kids.

I do try to look at the positives, I missed a lot of my two older children’s early years because I was working but I see Rosie every day now. It’s made me closer to my family, it makes you less selfish. I appreciate NHS staff so much more now. 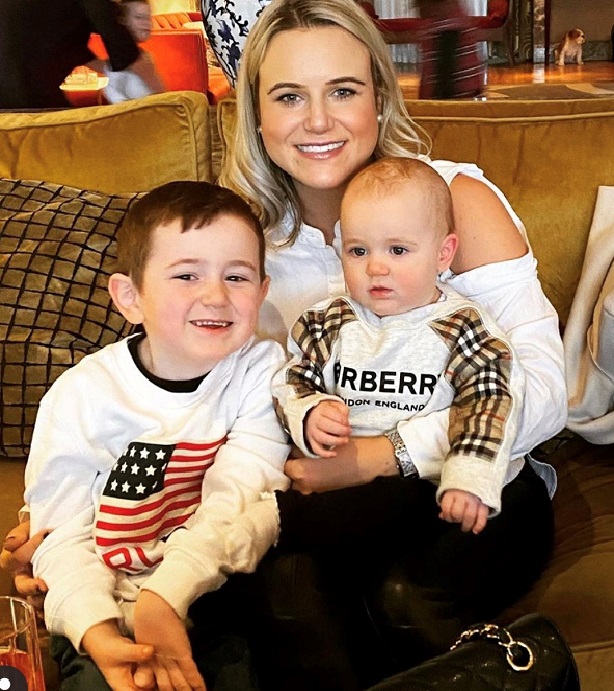 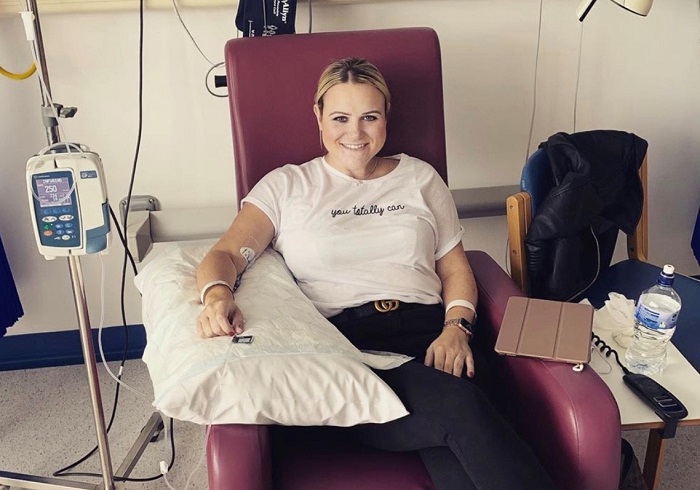 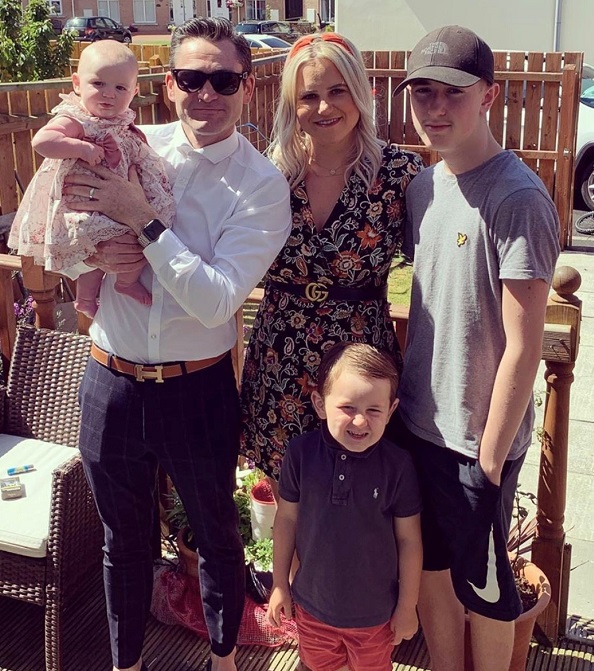