Three months before my birthday in 2018, I started to notice immense abdominal pains, constant fatigue and occasional blackouts. I was concerned that because I work hard in the gym and lift heavy, it might have something to do with that. So I went to see my GP two weeks later as the agony did not subside. I was told that it could be irritable bowel syndrome.

However, the stomach cramps I was experiencing were getting worse. I passed out on the shop floor on many occasions in my previous job. I went back to my GP and this time I was told he will be referring my case to the hospital. There was a month wait before I was able to get a consultant appointment and another month wait before I was scheduled for a colonoscopy. I went to my colonoscopy appointment all by myself as I did not want to burden anyone.

Right there and then, the endoscopy team informed me of what they found: a huge tumour in my large colon. I was diagnosed with stage 3 bowel cancer on my birthday in January 2018. The cancer had spread to my lymph nodes.

I had surgery in March 2018 however it did not go as well as planned. I was supposed to be discharged five days after the procedure but ended up staying for a month. Complications started to show up a couple of days after the procedure. All I can say is, five drains and tubes were inserted in to various parts my body at the same time. I was just lucky that my consultant was confident enough to declare I didn't need a stoma for the reason of me being young and fit.

Because the cancer has spread to my lymph nodes, the oncologist started a chemotherapy regime of eight cycles for six continuous months. The first cycle started nine weeks after my surgery. Chemotherapy naturally came with adverse reactions and side effects. I experienced a lot of it during those uncertain, unbearable and miserable six months. My hair thinned, I felt itchy, flushed, dizzy, unwell with a sore mouth and swelling. I also experienced diarrhoea, lethargy, fatigue, shortness of breath and tingling of the hands and feet. I had to stay home all the time, if I went out, I had to cover myself up, wear a mask and gloves. At this time, this look was frowned upon. Not now for obvious reasons. I avoided touching cold and metal surfaces because it gave me an electric shock sensation. I also avoided drinking and eating cold food and drinks as it gave me a choking sensation.

I was declared in remission a year after my diagnosis with a monitoring plan from the hospital. I was never told I was cured and that is quite scary. Without going into much details, it affected me in all aspects. I am just really grateful for the support that my family, friends and the hospital have given me. With my story, I hope that I am able to raise awareness and encourage its prevention, detection and treatment. I have also experienced stigma from a select few because of my illness. It did not hinder me though from living my life beyond cancer because life with cancer is still life.

A year after my remission, I decided to leave my previous job as a manager in the hospitality sector to work as a healthcare worker for the hospital that cared for me and saved my life. This gave me the chance to give thanks in my own way and help other patients who are suffering from all kinds of illnesses like cancer. Working in the NHS gave me a new purpose in life to be happy while caring for others who are in their most vulnerable moments. 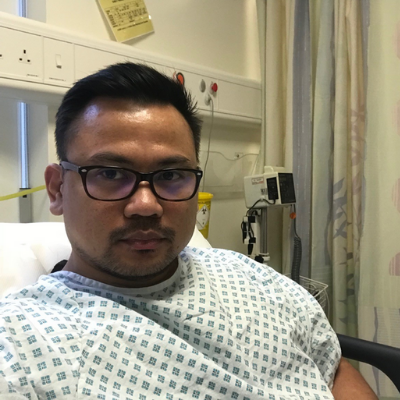 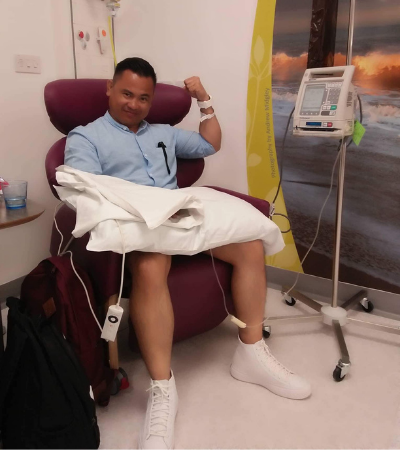