I was 48 when I was diagnosed with stage 4 bowel cancer in August 2019. The disease had spread to my lungs.

Exactly a year before my diagnosis in August 2018, I first noticed that I was getting very tired and spotted blood in my stools. This was getting worse over time. I also started eating more and I had a strange feeling in the lower right hand side of my stomach.

I first went to my GP in January 2019. I described my symptoms and was sent for blood tests as well as having to provide a stool sample. The stool sample was lost and the bloods came back with no concern.

My second trip to see a doctor took place in April 2019 and it was in complete contrast to the first. The male doctor, who I later discovered was a locum covering for a regular at the practice, made it clear from the outset that I was an inconvenience, sent to test his patience and waste his time. As soon as I mentioned about the increasing amount of blood in my stools he snapped that he had read my notes and this had all been sorted at the last appointment. “It is piles!” he snapped.

I tried to explain that things had worsened, which was why I had returned. I told him that I had strange, unpleasant feelings in what I believed was my stomach, that I was having to rush to the toilet as soon as I ate anything, that I was increasingly tired. But he seemed not to be even listening.

He snapped at me to remove my trousers and underpants, which I did and then moved towards the couch. Before I could climb the couch of shame, he told me to stop and bend over. He pulled my arse cheeks apart, declared that he could see the piles and promptly told me to get dressed again. I was dismissed with a wave of his hands.

I returned to see my GP In August. The difference from my last visit could not have been more marked. I apologised for returning for the third time with the same symptoms, but my GP smiled and pointed out that three visits in eight months hardly constituted harassment. She talked me through my concerns and then told me that she would carry out the same examination I had had during my previous appointments. I explained that I hadn’t had a rectal examination previously and she looked shocked.

Once again, I found myself on the couch of discomfort with my trousers down by my ankles, but this time the doctor was wearing gloves with lubricant on the fingers. The doctor was not big. In fact, I may go as far as to say that she was petite. But my God when she did the examination it felt like she had fingers like King Kong! I doubt it was pleasant for her either, but thankfully it didn’t take too long.

Afterwards, when I was fully dressed and the gloves had been disposed of, the doctor sat me down to talk through the examination. She had decided to refer me for a colonoscopy at Northampton General Hospital. She said that it there was a possibility that it was cancer, but due to being under fifty it was unlikely. It was more likely that it was Crohn's or colitis.

I received a referral for a colonoscopy and it was only at this point I thought it could be cancer. It was two weeks away.

The day of the colonoscopy was a hot Saturday afternoon in August. I was in the increasingly familiar position of lying on a couch with trousers by my ankles with a whole host of strangers looking on. We were surrounded by large TV screens and attempting to lighten the mood I asked if there was any chance of getting the Liverpool vs Arsenal match on the telly. As is usual for me I was using humour to pretend I wasn’t bothered but it was obvious to everyone that it was false bravado. When they inserted the camera successfully and there was no unfortunate bowel explosion, I figured it was my lucky day. Then a few minutes later, I heard the fateful words: “That doesn’t look good.”

The next half hour or so are a bit of a blank, but thankfully my wife Keren can remember it more clearly. I was taken into a small waiting room and asked by the nurse whether I had anyone here with me. Although I had already guessed that I had cancer, this confirmed it to me. Years of watching TV dramas had shown me that doctors prefer to have someone with you when they give bad news. As the nurse left to collect Keren she apologised for the “that doesn’t look good,” comment by the doctor. I smiled and told her it was fine. She looked at me for a moment and I could tell that she knew I had guessed the outcome.

I do not recall how long we were in that small waiting room. Keren tells me that I had a cup of tea and a few biscuits. She had also brought with her some butties, knowing I would be hungry having been unable to eat since the previous evening. As I munched on the butties we chatted to the only other person in the room, an elderly gentleman who was a Northampton Town supporter. It was surreal, discussing football with a stranger while absorbing the news I had not been officially given yet, all the time wondering how Keren would react.

Finally, we were called through to see the doctor, who also asked one of the nurses if she would join us. I took a sideways glance at Keren and I could see that the presence of the nurse had alerted her that we might be in for bad news.

I do not really remember how the doctor broke the news. I remember he told me that the tumour was seven centimetres in length. I know that we discussed treatment, which would probably be surgery on my bowel called a colectomy. This would involve cutting out the tumour along with some healthy tissue, then sewing the two ends of the bowel back together. The surgery would probably be followed by either radiotherapy or chemotherapy.

I started treatment in October 2019. I attended chemotherapy once a fortnight at Northampton General Hospital. I had Folfox and Panitumumab.

I should have played side effects bingo! Although since my hair didn’t fall out, I suppose I wouldn’t have won. My skin was incredibly dry and despite the constant use of moisturiser, I was like a walking Head and Shoulders advert. Although it was more like Head, Shoulders, Knees and Toes.

I became incredibly sensible to extremes of temperature. I was tired, almost constantly exhausted. One of the hardest thing was feeling no better after a sleep than before. That became more draining as treatment went on.

I was covered in spots, all over my scalp and face. It spread to my chest and back. I would wake up each morning with blood on my pillows and throughout my treatment it got worse. Some days I was literally peeling my face off my pillow, the cover of which looked like something from The Godfather. As time progressed this got me more and more depressed. I couldn’t shave because my skin was so sensitive. I know it is horrible but I had to comb through my beard trying to gently remove the dried blood and puss. It was painful and made me feel embarrassed.

I also lost a lot of the feeling in my hands and feet, which still has yet to return. I would struggle to do simple things, like hold a glass or tie my laces. If I closed my eyes in the shower, I would find myself swaying or falling.

My memory has been badly affected. I struggle with names and lose track of what I have been saying, as well as struggle to concentrate.

In April 2020 I had my last chemo. My oncologist said I would normally have been put on a maintenance chemo to keep me ticking over. However I was instead put on a “chemo holiday” as they said the risk was higher of me catching COVID.

People think the hardest part is finding out that you have cancer. But that is nothing compared to telling those that you love. My wife Keren has been amazing. She has struggled to cope with the news and carry on working. I think she bottles a lot up, worrying about adding to my issues.

The truth is I would rather know and talk through things. I feel she definitely has it harder than I do. My son William has coped well. He was about to start year 11, his GCSE year so I was particularly worried about the impact it would have on him. He asked if I was going to die and I told him no, because at that point I thought it was stage 1. When I was told it was stage 4 I spoke with him again and said it was much more serious. He knows that my cancer is manageable but incurable.

I had to discuss it with my sister, Colette. That was really tough. Not just because I had cancer but because she would have to be tested in case it was genetic. I had the responsibility of telling her that she might be prone to bowel cancer and therefore so might her sons. That has to be one of the hardest conversations ever.

Since my diagnosis, I have reconnected with friends and family that I had become estranged from. I have completely different perspective on issues these days, my priorities have changed dramatically. I try to stay positive and appreciate what I have rather than look at what I don’t have. I am tired a lot of the time and not able to exercise like I used to. But there are worse things in life. And everyone has had their options reduced by COVID19.

When I was diagnosed with cancer, I decided to name my tumour Boris. This was because the tumour had started out as just irritating and annoying, but had suddenly become a lot more serious and I was desperate to get rid of it. For some reason I thought the name Boris was appropriate!

I work for a trade union. The TUC introduced a policy called “Dying to Work” a few years ago, to encourage employers to look after their staff with terminal diagnosis. Because of this, they kept me on full pay when it should have reduced to half pay. This prevented financial worries. I’m now back at work. It is a flexible situation, with me picking up project work.

My treatment hasn't finished, it is just on hold. I look forward to the end of the COVID crisis so I can visit friends and family. There are places I want to visit. And I am looking forward to abseiling down the Northampton Lift Tower for my 50th to raise money for the charity. 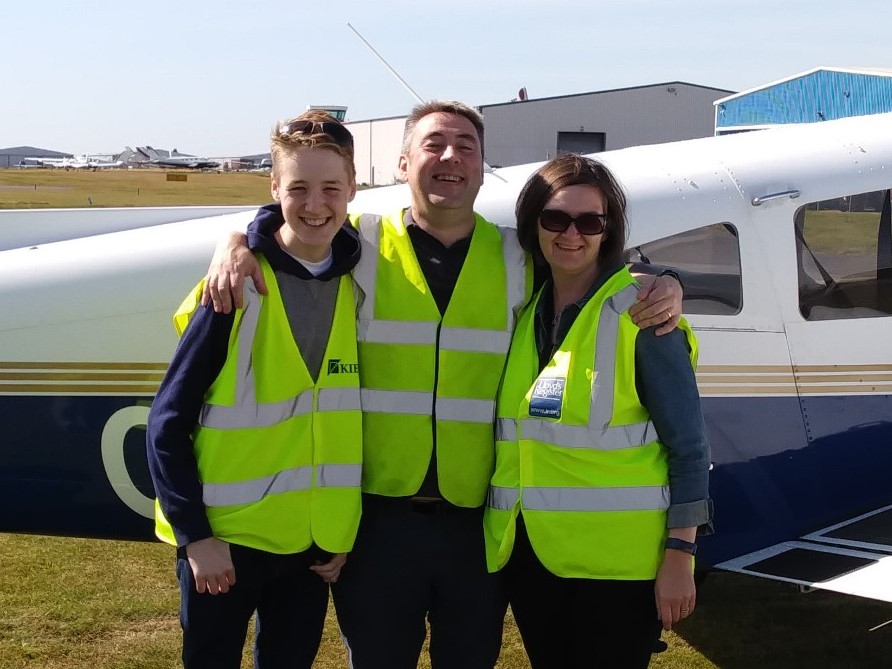 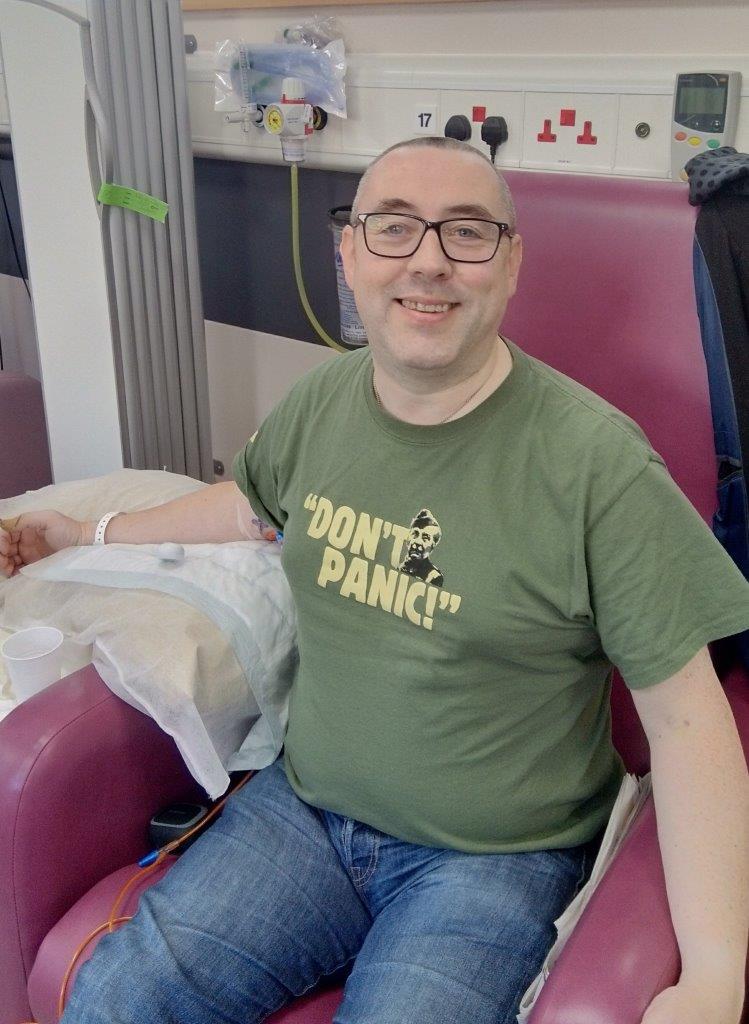 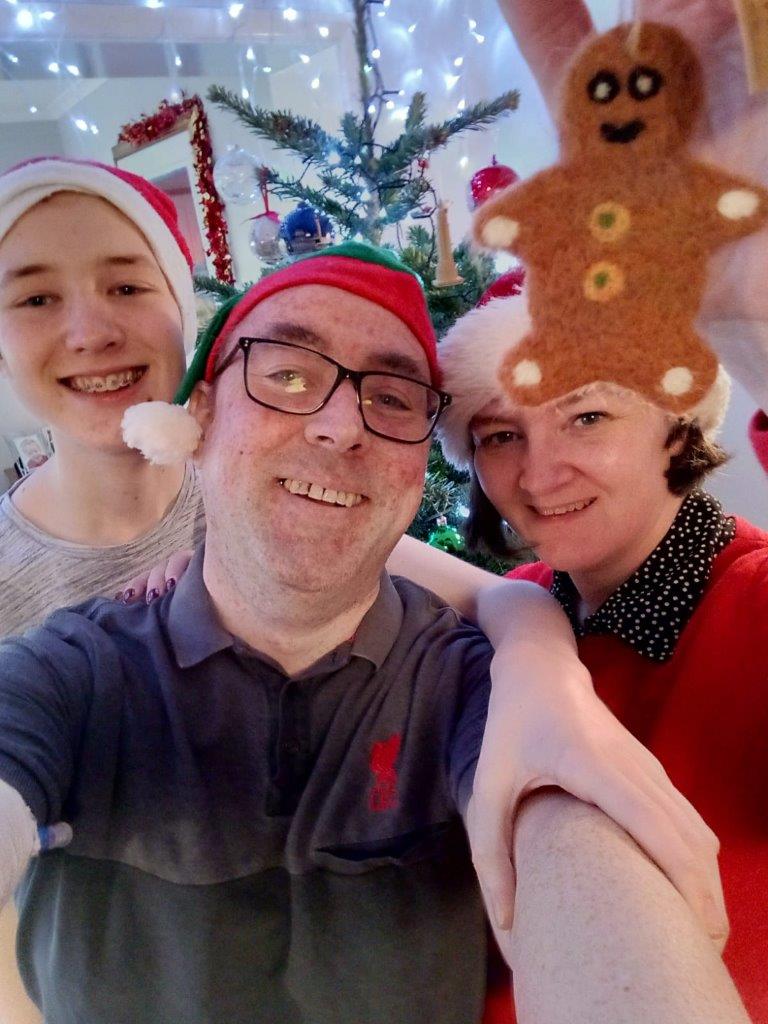