In October 2019, just a few weeks after my 46th birthday, I was given the news that I had stage 4 bowel cancer.

In June 2019 I was seen by my GP about pain and lump I had lower down between my bottom and vagina and was then referred to the gynecology department at our local hospital. The doctor there could feel a lump but had no idea what it was and suggested I had a scan, so she also asked me to come back for a further appointment where her colleague could examine me and give a second opinion. This was booked for the end of August.

During the appointment, a needle was inserted in the lump to see if fluid could be extracted. It appeared to be solid and they decided to refer me for an urgent MRI scan. The MRI scan was completed and I was aware that the doctor had requested a 48 hour turnaround of the results, although this did not happen. I assumed there was nothing to worry about as I was pretty certain the results would have been sent back to my doctor or her colleague if anything serious had been detected. Eventually I had an appointment for my results, which showed I had fibroids and was nothing to be concerned about

I was referred over to another consultant in Swansea for a second opinion and he confirmed I had a T4 tumor larger than 5cm and would refer me for an urgent PET scan in Cardiff.

The PET, MRI and CT scans discovered that my cancer had spread into the lymph nodes, muscle and vagina. I had urgent surgery on New Years Eve for a colostomy and was discharged on 8 January 2020. Then on 20 January I started my intense treatment of chemotherapy and radiotherapy which continued every day for six weeks.

The treatment absolutely drained me. I slept day and night and lost all track of the days and time. I was really sick with the chemotherapy and struggled to eat because of it. I got weaker as the weeks went by and I couldn't get up by myself from bed, I couldn't stand or walk  and I needed help to wash and dress every day to go for treatment. My whole body felt like it didn't belong to me.

My partner, family and friends, especially CrossFit Llanelli, kept me fighting, grounded and focused in getting through the treatment and were so positive around me.

Due to COVID-19 I had to wait until April for a further MRI and CT scan. My oncologist phoned me a week after the scan to say that both scans indicated the disease appeared to have gone, but I would need a further exploratory examination under anesthetic to make sure.

The treatment has since triggered the menopause, which I believe is common. I struggle to sleep, especially with the sweats and weight gain. On 3 August 2020 I had a pre-op appointment and my consultant told me that my colostomy bag is now permanent due to the scarring left from my intense treatment of radiotherapy, which will leave me incontinent. I felt a mixture of emotions as I had thought the colostomy bag would be temporary just to get me through my treatment.

I’ve since had the exploratory examination and they have confirmed tumor has finally gone and I’m waiting for a further MRI as I’m still experiencing pain in my stomach and groin area.

I’m constantly working on myself to feel grateful that I’m still here, to keep a positive mind and to be happy. I don’t like showing my partner, family and friends how low I feel most days. I miss the person I was, working full-time supporting families. I miss training and being part of an amazing team, the buzz and feeling of a huge accomplishment after every workout in CrossFit with my extended family. This year’s pandemic has prevented me from seeing my family and friends as I’ve been shielding, which has made my recovery harder.

I am now trying to build my strength and confidence up again by walking and have organised a Walk Together event for this September to see my friends and raise money for Bowel Cancer UK.

Walk Together is a sponsored walk to show our support for those undergoing treatment, to remember loved ones and help stop people dying of bowel cancer. Walk five miles in your own time, at your own pace, in your local area during September.

Learn more about Walk Together 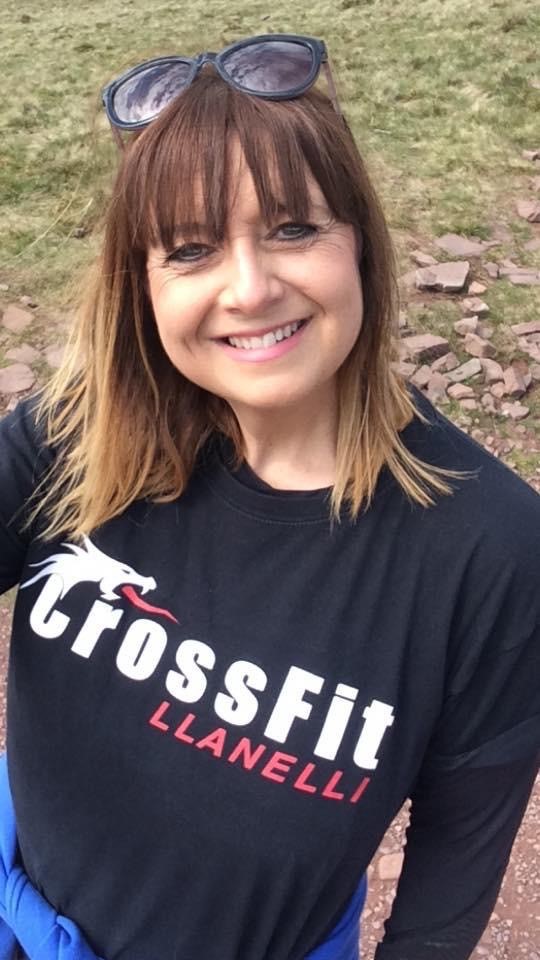