Earlier that year in January, I noticed that I needed to go the toilet very urgently, my stools were loose and every so often I noticed blood in my poo. I didn’t go to the doctors straight away. I waited as I didn't think anything of it. I thought perhaps my mum's cooking had been too rich - she's a brilliant cook, I thought perhaps due to gravies and sauces. When I realised it wasn't getting better, I knew I had to go to the doctors and get it checked but it was purely out of embarrassment that I didn't. No one wants to talk about poo and bodily functions.

My GP was on the ball and immediately referred me for further tests. I thought I would be too young for bowel cancer and I assumed my GP would be very dismissive but I’m so glad that he wasn’t like that at all. I told my GP that my grandfather had bowel cancer in his late 70s, he did mention that it could run in the family.

I waited 12 weeks for a colonoscopy. When I went for the test, I was awake but sedated to relax me. I was watching what was happening on the screen. I could see that they were having trouble trying to push the camera further as there was clearly an obstruction. When I was taken to the recovery room, the doctors allowed me to come round a little from the sedation. My aunt had come to collect me from the hospital, and they let her in the room as I was recovering and said they wanted to speak with me but would only do so when I had someone with me. I knew something was wrong.

They told me there and then that there was a tumour and that it was obstructing. My initial thought was oh my god, does this mean I have cancer? What about my daughter? I can't be ill because she only has me. That was the only time I cried - it was shock mainly and fear of the unknown. I went home and called my mum, brother and sister and told them to come to my house as I needed to speak to them. It was very surreal to say the words "I have cancer" I wasn’t entirely sure that was what the hospital had said but as my auntie was there, she confirmed it.

Initially I was diagnosed with stage three bowel cancer, but my oncologist confirmed that it had spread to my liver – making me stage four.

I underwent major surgery and had chemotherapy as 'mop up' treatment. I had an adverse reaction to the CAPOX, which I was aware could happen. My throat felt like it was closing and I was gasping for breath. I was crying and panicking - I genuinely felt like I was taking my last breaths. I was unable to drink cold drinks, or walk outside without a scarf keeping my neck warm. I was told this was a reaction to the Oxaliplatin.

I found Capecitabine hard to stomach - I lost my appetite straight away. They made me incredibly sick, but as I had not eaten I was just vomiting bile. There was a point that when my mum checked on me, she thought I was dead as I was grey and very still. After four days, I refused to take the tablets and we spoke to my oncologist to find a more suitable chemo. I had only one cycle of CAPOX and then I was put on 10 cycles of FOLFOX. They reduced the Oxaliplatin to ensure the side effects weren't as severe. It led to numb/tingling toes and fingers. I found it very difficult to do tasks such as chopping food, taking washing out of the washing machine, washing hands etc. Even now, I still suffer with numb toes, fingers not so much unless there is a change in temperature.

The Oxaliplatin did make it hard for my body to recover in-between chemo cycles. It was supposed to be fortnightly but sometimes it could take four weeks for the next cycle, this was because my white blood cell count was very low. My oncologist decided to put me on filgrastim injections - two injections a day, which started five days after chemo for five days. This generally boosted my white blood count. Towards the end, it was changed to sort of a 10-in-1 injection which was the same thing but it was just one injection five days after chemo. I believe this worked differently - sort of created a pocket of the filgrastim fluid that my body could take from when it was required.

I am currently no longer on a treatment plan, I finished chemo in June 2020 and was given the all clear. I expect regular scans will take place, as will regular appointments with the oncology team.

Honestly, all that this has taught me is that I'm stronger than I ever believed possible. My outlook on life has changed - I'm so much more positive and I want to make positive changes to my life however I can. Relationships with my family have only strengthened (we were close anyway). My mum, stepfather, sister and brother have been incredibly supportive and helped me out where possible, as have other family members and close friends.

My mum and stepdad cared for me and my daughter, Darcy-Ellen - they would take her overnight to give me a break, take her to nursery etc. When it was a chemo weekend (I had chemo on a Friday) I would stay at their house so they could keep a close eye on me in case of any reactions to the treatment and to simply help with my daughter because I was exhausted.

I won't ever hesitate on health issues again - if I feel something isn't right then I will absolutely book an appointment with my GP, no matter how small or trivial. I hope also to influence others to do the same, especially when it comes to embarrassing issues. 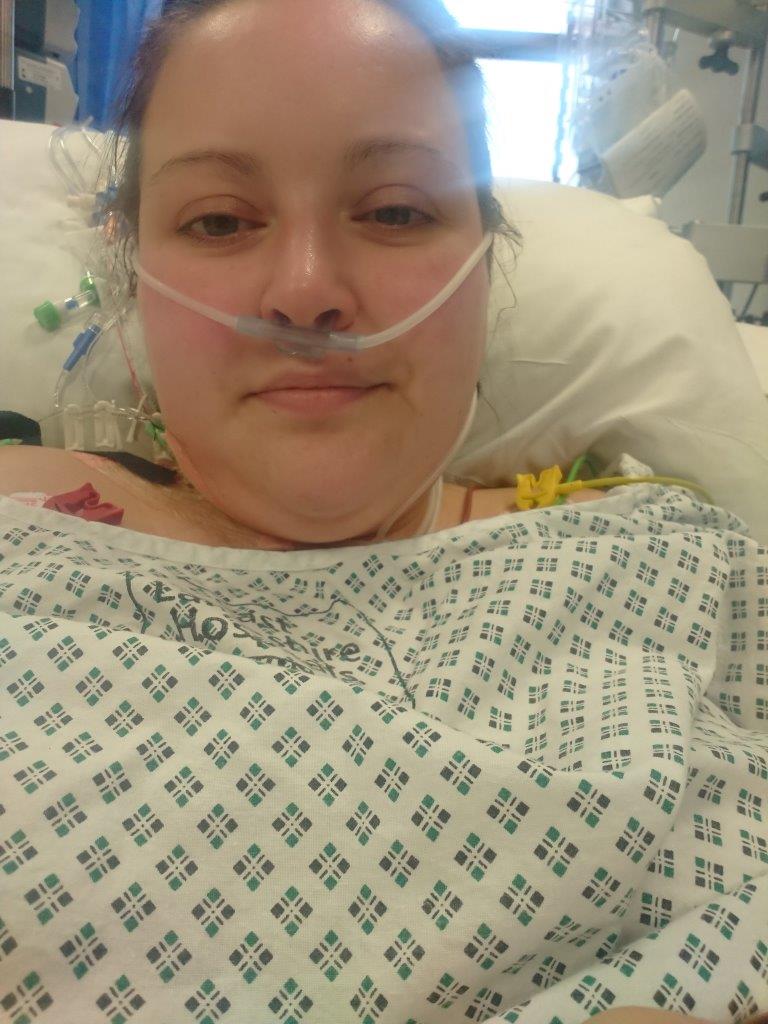 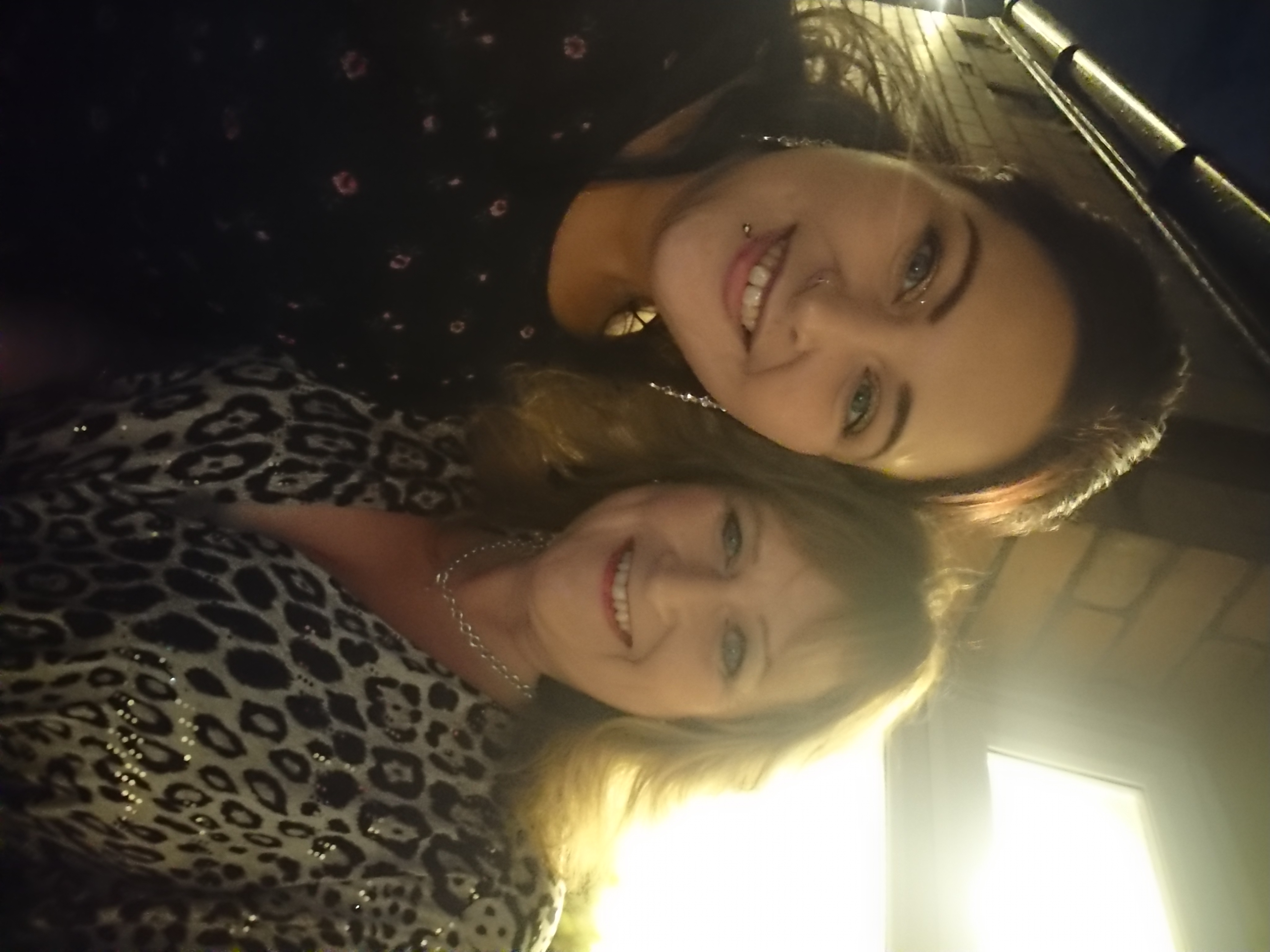