I was diagnosed with stage 3 bowel cancer in March 2019, aged 37, but later that year it had spread to my liver – making my diagnosis stage 4.

To be honest, I didn't really get many symptoms of bowel cancer but in November 2018 I did notice that my stool habits were changing – they were getting thinner, and on one occasion I saw blood in my stool. My mother in law had bowel cancer around seven years ago, so my wife urged me to visit the GP.

The doctor was warm, friendly and reassuring and we discussed lots of possibilities for my symptoms. However, at the time cancer was not at the forefront of either of our minds. After examining me, he thought it could be piles and referred me to see a specialist. This specialist agreed with my doctor's assessment, so booked me in for a precautionary flexible sigmoidoscopy and we discussed either managing the piles with diet or potentially a HALO procedure for their removal.

Not being overly concerned with piles and no further symptoms, I delayed the sigmoidoscopy. In March 2019, I had the procedure to look at the lower part of my colon.

To both mine and the consultants surprise, he found a sizeable tumour. The consultant was shocked – given my age, general fitness and overall appearing asymptomatic. They sent biopsies off to test if the tumour was cancerous. It was a long two weeks whilst I waited. During this time, I had to have an MRI and CT scan plus a colonoscopy to look at the whole of the bowel. It all confirmed that I had bowel cancer.

I was meant to have surgery, but after a further discussion with the multi-disciplinary team they recommended I have chemotherapy first. There was only a 2mm margin where they could remove the tumour so it needed to shrink first. The chemotherapy was also proposed to minimise the chance of the cancer spreading to other organs.

I had 12 weeks of FOLFOX, which I handled pretty well. I finished the course in July 2019 and the scan showed significant shrinkage and no sign of the cancer having spread. This was great news as I could have surgery. In August, I had a lower anterior resection; but unfortunately, I developed ileus, which meant that I had to stay in hospital for two weeks. Since the tumour was so low in my bowel, I was given an ileostomy to allow the section of bowel to heal properly.

Once I had recovered, I eagerly returned to work; but this was sadly cut short when I suffered from a rather nasty infection called clostridium difficile (C DIFF). I had a course of antibiotics, which cleared it but after two days it recurred. It took about a month to get rid of it entirely. It's very rare to have C DIFF – even rarer to get it twice. I now need to tell the nurses every time I go to hospital as a precautionary measure.

The chemotherapy and surgery did do its job, and, in the September, I was given the all clear.

My oncologist offered me the chance to go on a clinical trial to see whether taking a daily dose of aspirin could reduce the risk of the cancer coming back. I agreed and had a short course of aspirin to see if my body would tolerate it. However, after four weeks of being on the trial and at a routine check-up with the trial team, they found that my CEA levels had increased, and it was suspected the cancer had come back.

Scans revealed a singular tumour in my liver and three very small nodules in my lungs – and I was now diagnosed with stage 4 metastatic bowel cancer. They needed to deal with the tumour in my liver straightaway, but my lungs were to be monitored as they were too small to confirm if they were cancer.

I was told that there were a backlog of patients and whilst it was normally a four week wait for the liver surgery on the NHS, I was looking at more like six weeks. After six weeks, I still hadn't received a date for the surgery from the hospital – so I rang my oncologist to see if he could speed up the process. I am incredibly fortunate to have private health care through my employer, so my oncologist was able to contact a liver specialist in Basingstoke that offered private treatment. Whilst I had been waiting for the surgery, the tumour had almost doubled in size, so it was important we did something about it sharpish. This amazing specialist said that he could help me and two weeks later I was having surgery.

Four days after the surgery, I was at home recovering. By this point COVID had hit and I was lucky to have been able to have surgery in Basingstoke as the private ward I was on had turned into a COVID ward. Even if I had managed to get an NHS appointment, it probably would've been cancelled as no planned procedures and operations were taking place.

I went back to work, albeit from home, and in May 2020 I had a follow-up CT scan, PET and MRI. There was something on top of my liver that they were worried about, but it turned out to be nothing serious. However, the three nodules on my lungs had grown, and it was confirmed that they were most likely cancer – but still too small to treat. It was agreed that we would monitor the nodes and rescan in three months.

In July I was rescanned and sadly the tumours in my lungs had tripled, there were now nine of them. They were all still small, so ablating them wasn't really an option. The tumours were also spread across both lungs, which ruled out a resection. The oncologist advised that the best approach moving forwards was palliative chemotherapy.

The chemotherapy I would receive would be determined by whether I wanted a stoma reversal, and if I wanted one then it needed to be done straightaway to allow for chemo to start ASAP. I decided that I wanted the reversal and opted to go privately to get it done quicker. After I recovered, I started chemotherapy.

So far, I have had four sessions of FOLFIRI (Irinotecan and Capecitabine) combined with Avastin. I'm currently on my last round and will have a scan in a few weeks to see if it has worked. Hopefully I'll get a good response and I can have a break from treatment (fingers crossed!). The side effects from this regime have been tough. It's mostly the tiredness, sore hands and nausea. My hair is starting to thin too.

During the first lockdown, my two young daughters challenged themselves to sleep on their bedroom floor for as many nights as possible. They wanted to do something to support me. They raised over £5,000 for Bowel Cancer UK!

My good friend Ed also wanted to do something for me too. He sent me comics and DVDs to keep me occupied but he couldn't see me as I was shielding. My wife mentioned Bowel Cancer UK's Decembeard campaign, and Ed and my brother, Jon, were keen to get involved. I sent it to a couple of my groups of friends at university and some of them signed up too. Old school friends also signed up and some of my wife's friends, who have now become my friends, were happy to grow beards too. There's 21 of us fundraising in total, and we've raised over £5,500.

Some of the teams' employers are match funding donations and another is organising Christmas Jumper Day and donating proceeds to show their support.

It has been a tough 18 months, but I've been absolutely blown away by the support I have received from friends, family and even strangers. Their generosity, in a time when everyone is contending financially and mentally with the COVID-19 pandemic, is astounding – and I'm very excited to see how much we raise for this fantastic charity. 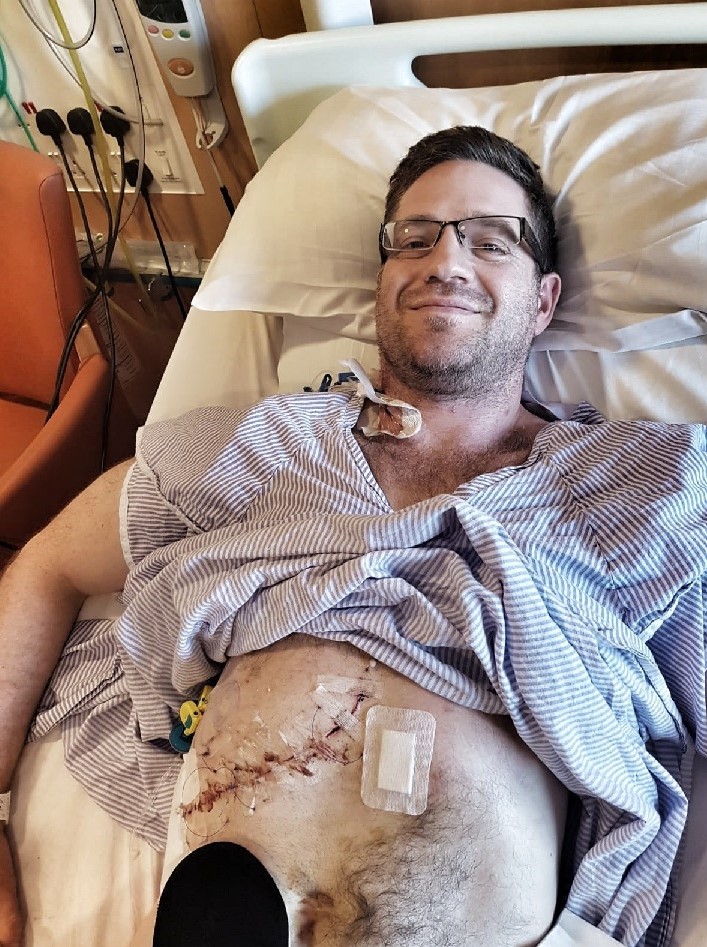 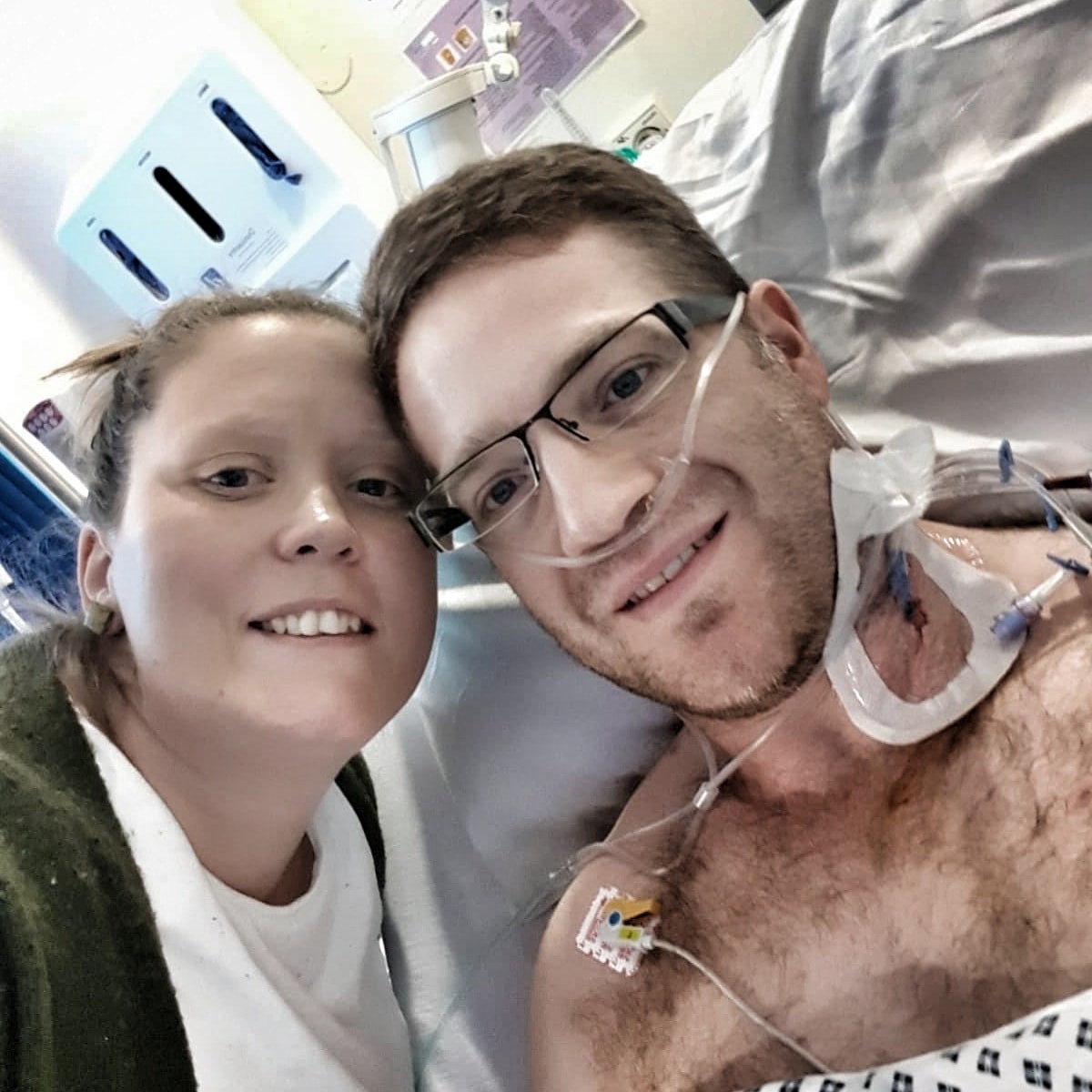 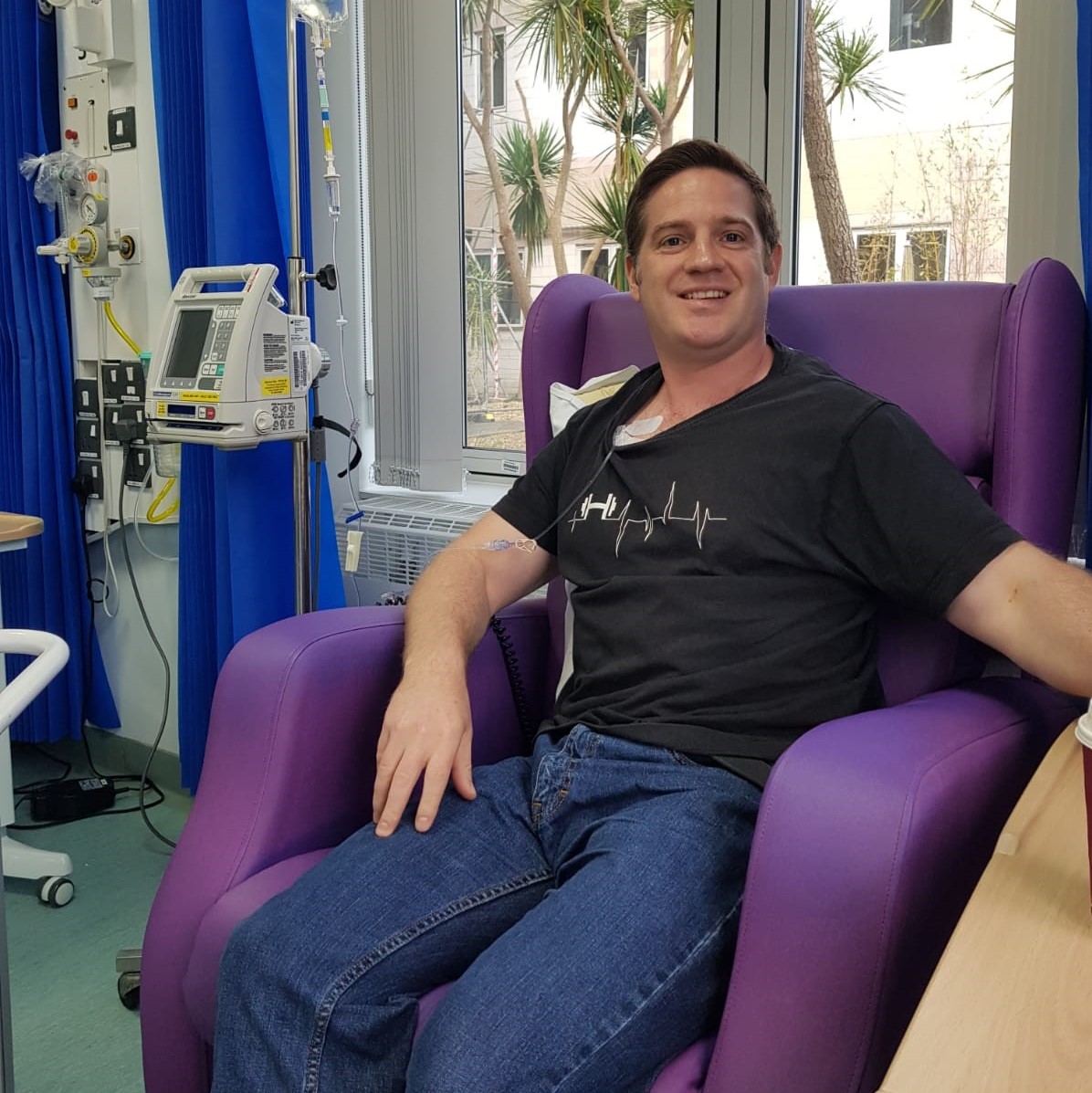 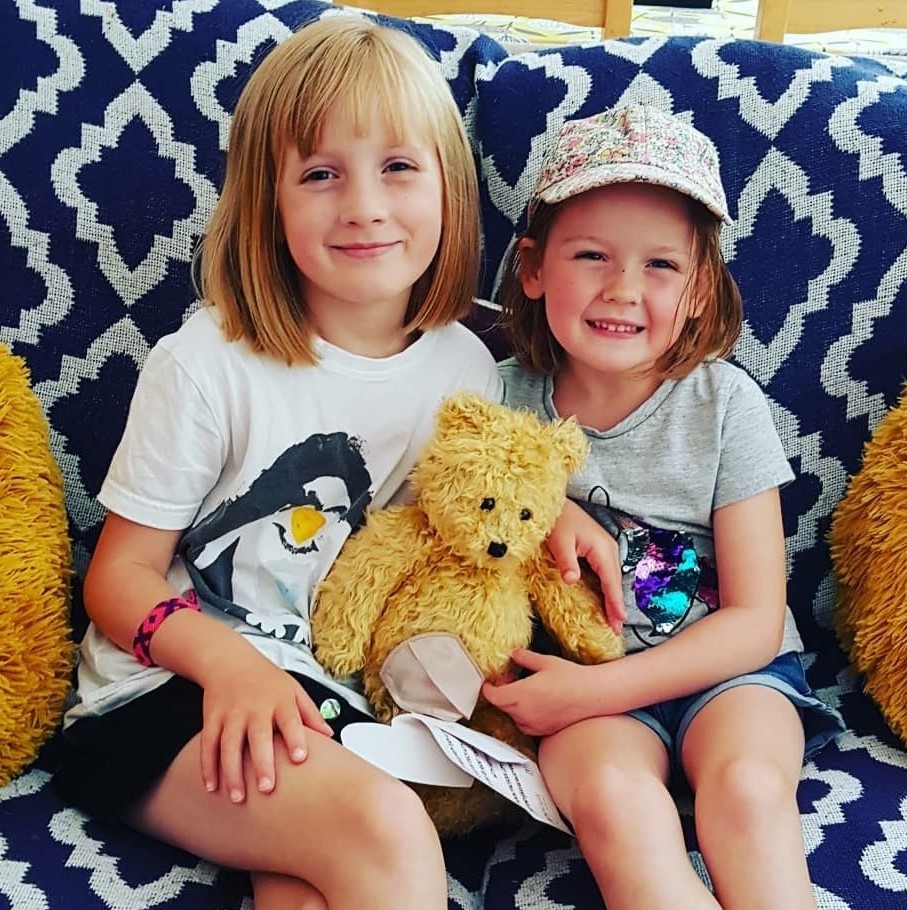