In 2014 I was diagnosed with stage 3 bowel cancer.

I had been going to my GP surgery for about four years. I had become a mum at 34 and at 36 I was in the thick of the 'terrible twos'. I was exhausted and, on top of that, I seemed to have developed constipation and haemorrhoids. I was given the usual lactulose solution and Fybogel, but something just didn't seem right. I saw a different GP every time I visited my surgery, one of them even suggested I try 'laughter yoga'!

I insisted on a hospital referral. They took one cursory glance at my piles and told me that they weren't bad enough to be operated on. I tried to get across to them how much abdominal pain I was experiencing but, as I knew from over 20 years of having endometriosis, it's often difficult to make your point effectively! I remember them saying that there was no point in doing a colonoscopy, as they simply wouldn't find anything. I was being made to feel like I was a time waster.

By the time I turned 40, I was anticipating my imminent health check with the GP. They had called my husband the week before his 40th a year previously, but my call didn't come. I hounded them. I was told there was no hurry, but I had been back to the surgery several times with low abdominal pain, extreme tiredness and what I believed were a worsening of my haemorrhoids. I was examined and told that I no longer had haemorrhoids. I was stunned. I was in agonising pain and severely constipated.

In June 2014 there was a tummy bug going round and I experienced diarrhoea for a few days. This was almost a welcome release for me (literally!) This continued for a few weeks and I then thought that maybe I had eaten something that didn't agree with me at a BBQ. I'd always been someone who struggled to poo in public toilets, but that summer I was literally having to run to the loo when doing the weekly shop. Then one day I spotted blood. It wasn't fresh blood, it was dark and congealed. I rang the GP immediately. She reassured me that everything was probably fine but I put my foot down and insisted that she refer me for a colonoscopy. My dad had polyps removed when he was 44 and my grandmother had a stoma from bowel cancer, albeit in her 70s. To her credit, she did refer me, but only for a sigmoidoscopy. It came through really quickly and within a fortnight I was at the hospital.

It was the first day of the summer holidays and I had been packing for a big trip to the US and Canada the following week. Our son had just turned six a few days before. My husband worked in London from Monday to Friday, so my parents took on the childcare for the day. On arrival at the clinic, I was furnished with some very fetching crotchless paper shorts that I found utterly hilarious! I didn't bother having a sedative as I just wanted to be able to get on with my day. I chatted amiably the colorectal nurse, until something came up on the screen that I wasn't expecting to see. It was a black dot with a large green smear. I knew what it was the second I saw it, and I could see that the nurse knew too. The mood in the room changed. The nurse took my hand and explained that they needed to take a biopsy. I remember being wheeled out of the room and sitting alone for a few minutes with my head in a total spin. I called my parents to say I needed to stay a little longer and then a friend kindly picked me up. My sister came straight home from work and then I had to make the difficult call to my husband who was 250 miles away. I still think of how painful that train journey must have been for him. I held it together till he walked in the door and then slowly fell apart. Needless to say, our big trip didn't happen that year...

I was lucky enough to be assigned a wonderful nurse, who talked me through the biopsy results and what was going to happen next. Scans, treatment options, surgery, stoma. I think the waiting is always the absolute hardest part. It was almost a month before I sat with my surgeon to be told that from the imaging scans it looked like a stage 2 rectal tumour with no apparent lymph involvement and no signs of any metastasis. I was hugely relieved. I was booked in for a low anterior resection with a temporary ileostomy a couple of weeks later.

The nurse called me three weeks after my operation. "Are you on your own?" It's never good news when someone says that! 19 lymph nodes had been removed and 7 of them were cancerous. The radio and chemotherapy I thought I'd managed to swerve was now looking like the only real option. Rachel did say it was my decision, but told me about a patient around about my age and staging who had decided against it, only to end up back in clinic 18 months later with liver metastasis. It was a no brainer.

I had a PICC line fitted and started a six month course of chemotherapy. My oncologist gave me the choice of having radiotherapy, but he felt that I was too young to risk damaging surrounding organs. I weighed up the pros and cons and ended up taking his advice. I struggled with the chemotherapy. Sickness, overwhelming tiredness, peripheral neuropathy and a vile flavour in my mouth that made it impossible to taste anything (a real blow when you're a total foodie). The district nurses were utterly amazing, as was everyone at the Linda McCartney suite in Liverpool. I read MANY books, did SO much yoga and slept A LOT. Although I was present on social media, I didn't go public with my diagnosis. This was mainly because I wanted to live my life as normally as possible and for cancer to just be a tiny part of who I was. As I wasn't going to lose my hair, it was quite easy to keep it low on the radar. I knew others who had shared their cancer journey from day one and it just all seemed too overwhelming for me. I had been following the story of Kate Gross, who died from the disease on Christmas Day in 2014 leaving her husband and five year old twin boys. I was at the midway point of my chemo and although I didn't know Kate personally, it hit me really hard.

I was extremely unlucky with my stoma, which had retracted over the course of those six months. My skin was being repeatedly burned by the acidic waste coming from my small intestine. The pain was acute and sometimes unbearable! I couldn't wait to have it reversed! This was done two months after my chemo ended and I had to relearn how to go to the loo. I think my gallows humour really got me through the entire year. Bag bursts, a post op ileus (Google it!) all amidst too many poo jokes to mention.

Although I was present on social media, I didn't go public with my diagnosis... I knew others who had shared their cancer journey from day one and it just all seemed too overwhelming for me. When I got my five-year all clear, I felt brave enough to post it on social media and I haven't really shut up about it since! I'm eternally grateful for this bonus time. I didn't win a battle, I wasn't brave, I just did what I was told to do, got my head down and got through it with the help of a great team at Royal Liverpool University Hospital, my amazing family and some really helpful and supportive friends.

Here I am, seven years later and still in remission. When I got my five-year all clear, I felt brave enough to post it on social media and I haven't really shut up about it since! I'm eternally grateful for this bonus time. I didn't win a battle, I wasn't brave, I just did what I was told to do, got my head down and got through it with the help of a great team at Royal Liverpool University Hospital, my amazing family and some really helpful and supportive friends. I'm now super aware of young people who haven't been as lucky as me, because I do see this as luck. Lucky that my tumour was rectal, therefore picked up from a sigmoidoscopy. Lucky that it hadn't metastasised. Lucky that I live in a country where healthcare is free at the point of access. Just lucky. Incredibly lucky. I hope to help raise awareness of bowel cancer in the under 50s through my upcoming blog and social media account @stillnotdeadjustyet where I will talk about life with and after cancer. 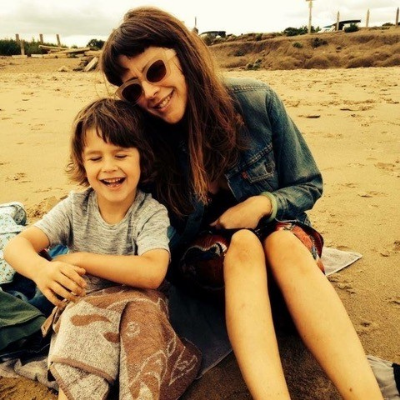 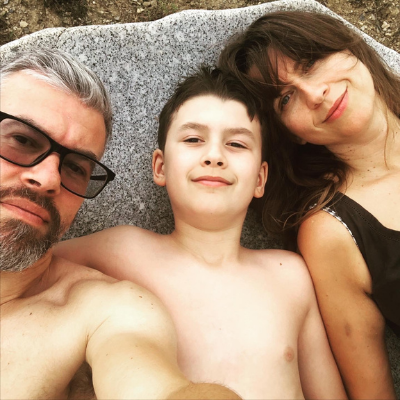 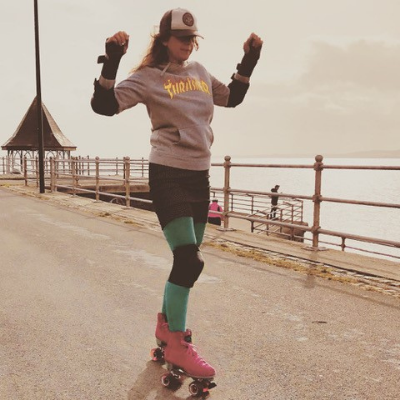 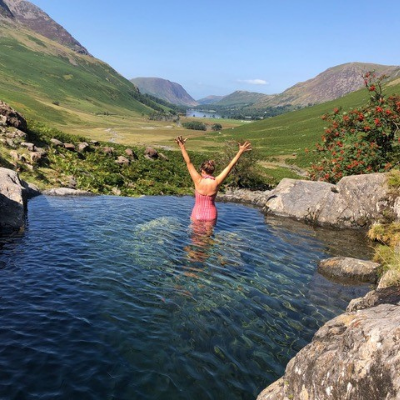