Since 2019 I've been having a few bowel problems but I thought it may be to do with my age and would experience menopause type pains when I was due on my period. I was checked for early menopause but nothing was found. In July 2020 I started getting severe constant pain and pressure in my bottom, which would spread down my legs, I also went to the loo more frequently and would spot bleeding and mucus.

In September I was worried so I went to the GP. They thought it could be Ulcerative Colitis (UC) or Crohn's disease, they did an internal examination and found a lump. They were 90% sure it wasn't anything serious but referred me for a colonoscopy just to be sure. However it was a long wait for the procedure so in the meantime, they prescribed me steroids and other medication for UC and Crohn's disease but it wasn't getting any better. There wasn't much more they could do without having a colonoscopy.

I kept going back to the GP as the pain was getting worse and one of the nurses that I saw contacted a pain specialist at the hospital and they said I should go to hospital. It was November by this point and I had a flexi-sigmoidoscopy the next day. The following day I had an MRI scan, but they didn't mention cancer but they did say that it wasn't as simple as inflammatory bowel disease (IBD). I was discharged, mostly due to COVID-19, but they'd call me with the results.

A few days later I got a call from the hospital booking me for an appointment with the specialist for the next day, and that I should bring someone with me. I knew it was bad. The following morning I got a call from the X-ray department booking me in for an appointment for a chest CT scan. Again, no one mentioned cancer but I knew they were looking to see if it had spread. I went to the hospital with my husband and they said I had bowel cancer, but there was no spread and my liver was clear. There were concerned about a couple of lymph nodes though.

At first I didn't take anything in. I was expecting that it would be cancer but they were brilliant. They didn't bombard me with too much information and fortunately they had a treatment plan in place for me. The next steps was seeing the radiotherapy specialist. It was only when we got back into the car and I called my best friend and mother-in-law to tell them the news that it really hit me. I never knew that I would say the words 'I’ve got cancer' – it was very tough.

Driving home I was more concerned about telling the children. I didn't know how to tell them, but they were brilliant. My 12-year-old daughter was home, as she was self-isolating, but I didn't want her to wait until my son got home from school, so I told her straightaway. She was obviously very upset at first but she was really pragmatic. She kept giving me lots of cuddles. When my 14-year-old son got home, I then told him. He just wanted to know all the facts, the treatment plan and asked if I was going to be ok. He was so mature.

We sat with the both of them and I said that I didn't want them to cry by themselves and not to hide their emotions. We should cry and talk about it together, we're going through this as a family – not on our own. 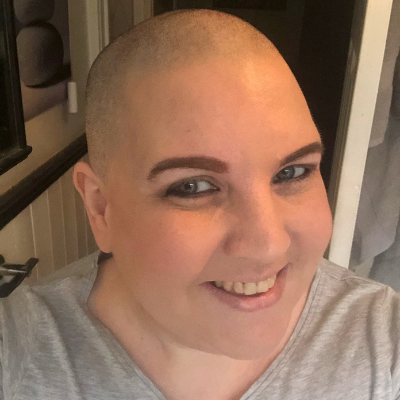 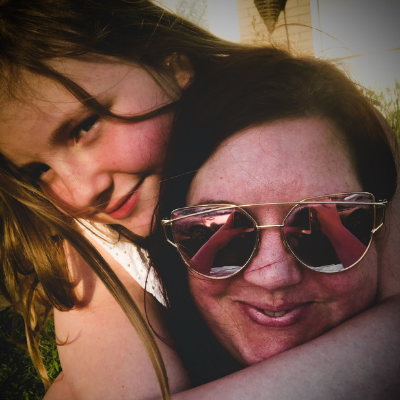 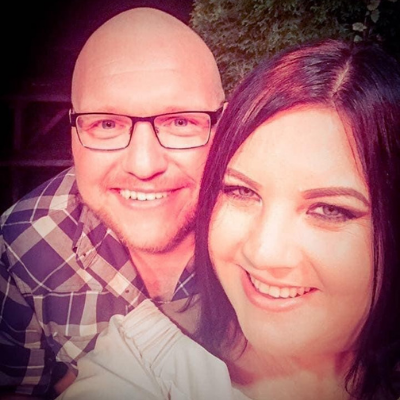 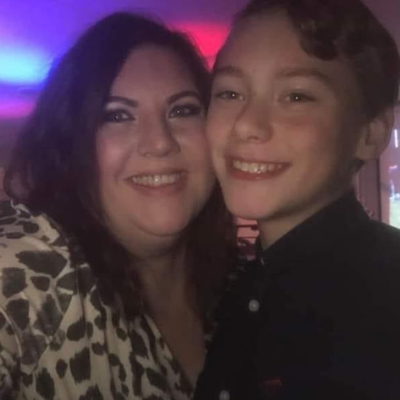 My husband Andy has been incredible throughout all of this and has been a rock to myself and the children. I have an amazing family and the best friends and the support from everyone has blown me away. My advice is to take whatever help is offered, I didn't do this at first as I didn't want to put people out but I found out that friends and family were feeling useless. The only things they could do to help I was refusing so I began to let them, even just to pick up a loaf of bread from the shop made them feel useful.

The tumour was very low down and had gone into the bowel wall. It looked like I was diagnosed early as there was no spread. I started five weeks of intense radiotherapy. It was ok at first but it was exhausting going to hospital every day, it's a 45 minute drive each way. Around the third week, I started getting blisters and sores, which were really uncomfortable.

On the 1 February 2021, I started chemotherapy. The first round was very hard and I was very poorly for a few days afterwards, but I've just had my second infusion and although it's not as bad the first round, I still feel quite poorly and a bit achy.

I'm unsure whether I need surgery or not, my oncologist has said that with this treatment it may get rid of the tumour completely, but I'll wait and see.

Having a cancer diagnosis has changed my mind set. My mum had cancer and I've always thought that I wouldn't be able to cope like she did. What really helped me was sharing my journey on my Facebook page. There was just so much support out there, and a lot of people were calling me inspirational and brave – although I never felt like that. It was through the Bowel Cancer UK support groups that I found out about the Never Too Young campaign and project group. I made a few friends on there and I realised that although it's rare to have bowel cancer at such a young age, there are a lot of people with the diagnosis under the age of 50. It's made me very passionate about raising awareness, and when I feel stronger I would love to do some fundraising for the charity.