I've always been very healthy, I hardly ever went to visit my GP and I've never been in hospital. In 2019, I kept getting infections, which I thought was very odd but I didn't think too much of it. I was in my third year at De Montford University studying interior design, so I just put it down to stress and having a low immune system. By the end of the year, I occasionally spotted blood in my stools but again I didn't think too much of it, I was going to the gym and doing some heavy lifting at work so I put it down to a lot of strain on my body. A lot of people in my family have piles, so I thought it could be that too.

I had a lot of discomfort throughout the day and the pain progressively got worse, especially in the evenings. I struggled to sleep and sit down properly, which I thought was very odd. I rang 111 and they booked me in at the hospital to be assessed. It was very uncomfortable, but they couldn't find anything wrong with me, the doctor did suggest it could be piles but they would have to be very high up in the colon. As I stressed to the doctor how bad the pain was, she recommended I have an emergency colonoscopy the next day. She informed my GP of the plan and I rang them the following day. The GP asked if my stools were soft, however I was so constipated that I hadn't been to the toilet for a while. It meant that I couldn't have a colonoscopy until I was passing soft stools. She recommended me to take laxatives, but it didn't do much. It did cause constant throwing up after anything I ate, I tried to cut out different foods, but nothing helped and at one point I didn't eat anything and I was still vomiting bile.

I was so confused, I just didn't understand why my body wasn't working properly. I was submitting a lot of important coursework, but my mindset was all over the place. I was very sure at that point I was severely depressed, and my body was being affected by my poor mental wellbeing. I was in so much pain but I needed to get my work done and put my health to one side. By this point it was mid-March 2020, the university had shut down due to COVID and I decided to return home to London.

Following that I had the hardest four weeks, I couldn't sleep at all and would be awake until the very early hours. No amount of pain relief was helping. I was severely constipated by that point as well, I could go days without going to the toilet. I was trying to go to the loo but instead of stools coming out, I had blood spotting regardless of how badly I strained. One day it was horrific, I was on the toilet just bleeding with really large blood clots. The bathroom looked like a murder scene. We rang 111 and they asked if I had lost more than two mugs' worth of blood, by that point I had constantly bleed for over 15-20 minutes. That is when they realised how urgently they needed to send an ambulance for me. It arrived within a few minutes and to my embarrassment it was two male paramedics. They hadn't seen anything like it, they were sure I would need a blood transfusion. I was in a lot of pain sitting down and desperately wanted to stand up, but they were worried that I would faint. I just had to stand up and as predicted I passed out. The next thing I remember was being on the stretcher, my boyfriend and the paramedics around me very panicked. Due to covid I had to go into hospital by myself no one could come with me.

I was admitted to the ICU unit where they did a lot of tests, but they couldn't find anything wrong and wanted to send me home. However, I continued bleeding when I went to the toilet so it rang alarm bells, and therefore they admitted me so they could monitor me. I wasn't allowed to eat or drink anything and was told that I would have a colonoscopy the following day. However they didn't prepare me well enough for this procedure so I ended up having a flexi-sigmoidoscopy. The following day five consultants were by my bedside, and from movies I already knew that it wasn't a good sign. They handed me a folder full of the previous days scan results with pictures, but all I could see was a big red box with the words rectal cancer. Cancer was never uttered, I still thought I had internal piles. I wasn't taking anything in. I was on my own when they told me this, it was the toughest day.

They took a biopsy of the tumour but they wanted me to have a colonoscopy so they could see the whole bowel, I also had MRI and CT scans. After the craziest six days they finally discharged me, and I could go home.

I live with my boyfriend and his mum, so they were the only people I told and my dad as I thought he would be able to tell the rest of my family. I couldn't face telling my family as I wanted to be completely sure that it was cancer, I didn't want to worry them for nothing. About a week later I got my results and they confirmed that it was cancerous. After I had my breakdown, I also told my dad he was so emotional, it broke my heart. We then worked round the rest of the family and I told my closest friends.

I had a meeting with my surgeon and they confirmed that there was no spread but there was one lymph node, and because of the position they weren't sure whether they would be able to remove it. I needed to wait for them to get a second opinion. We spent three months discussing a treatment plan, and I was beginning to get seriously concerned that the disease could spread. I asked for another scan, and it spread to my lungs – I was now diagnosed with stage 4 bowel cancer. They said I was incurable, and I would have to live with cancer all my life at the young age of 21 years old. I could never even begin to explain how these words made me feel.

My oncologist recommended a clinical trial that I could be part of in Harley Street, London. I rang the clinic that day and got an appointment two days later. They informed me that the treatment would have little to no effect on my fertility so freezing my eggs wouldn't be necessary anymore. I signed the paperwork and started straightaway – I had no time to lose. I couldn't be happier that I could be part of it. It's a three-week cycle, I have an infusion on the first day, followed by chemo tablets in the morning and evening for 14 days and then a week rest. The cycle begins again. The side effects haven't been too bad, I get a lot of small cuts to my hands and feet so I take steroid cream for that. I'm still on the clinical trial and scans seem to suggest that it's working.

In January, I had a follow up MRI and I'm now waiting to discuss possible options with my surgeon for surgery, which I hope to have soon.

I've just restarted my last few submissions at university and I'm hoping to graduate this summer. I think having cancer has made my relationships with my boyfriend and family much stronger. It made me appreciate life a lot more than I ever did. I broke my own insecurities and was able to start a YouTube channel where I raise awareness of my experiences with cancer, as I think my story can resonate with younger people too. I was very healthy before my diagnosis and it just goes to show that anyone can get it. This journey has been the hardest most emotional recking rollercoaster I have ever experienced however as they say god gives his toughest fights to his toughest warriors. I will fight till the day I can finally say I am completely cancer free. 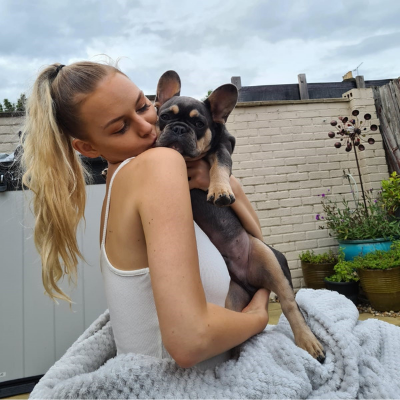 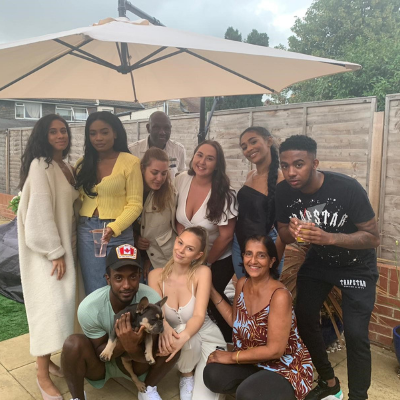 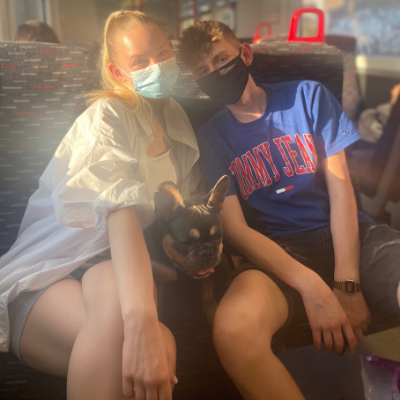