In July 2020 I started noticing blood in my poo. I wasn't too concerned as it was only a little bit, and I put it down to piles caused by straining. In September I was on holiday and I was going to the toilet a lot more, and one night I was in a lot of pain. It felt like an internal stabbing in my bum. My partner was worried and urged me to visit the GP once we were home.

Around Christmas time, I received a phone call from my GP to ask how I was doing. I said to her that I was going for a poo around six to 10 times a day, this isn't normal for me and knew something wasn't right. I mentioned I have bowel cancer in my family, my grandad and uncle were both diagnosed with the disease. She didn't think it was cancer but referred me for a colonoscopy to be on the safe side.

The appointment was on 14 January 2021 and I had to go on my own due to COVID-19. The colonoscopy was going ok, until the consultant was starting to move the scope to come back out and there we saw a large mass. I didn't think it was cancer, but perhaps colitis or inflammation. Whilst I was recovering they asked me to bring my partner in so they could share with us both their thoughts. That is never a good sign.

We went together to the room and there were two doctors and a nurse. I remember shouting "If there's three of you, it's not good news". I couldn't believe they were telling me I had bowel cancer, I was only 28. I thought of my little boy and my family that need me. When you're told that you have bowel cancer, your whole world comes crashing down. I naturally thought I was going to die.

I had a CT and MRI scans, which confirmed that I had stage three bowel cancer. I met with my surgeon and colorectal nurse specialist (CNS) for a treatment plan. I was going to have combined chemotherapy and radiotherapy. They said I would have 10 tablets of chemotherapy (capecitabine) along with daily trips to the hospital for radiotherapy for five weeks. I was due to start this in March but in February I went to A&E as I had severe blood clots. I needed two blood transfusions and so I started the treatment towards the end of February.

After the first week of chemotherapy and radiotherapy I was absolutely knackered, felt sick all the time and I lost my appetite. The second week was much better, but the third week was awful. My bottom was very sore, and it made going to the toilet excruciating. It got to the point where I was scared to go for a poo as it was like someone was lighting a flame in my bum.

Whilst I was in treatment my mother in law was there every day looking after my son. My partner has also been amazing, and his work has allowed him time off whenever he needs it. We've got a great support network. Work were brilliant, they allowed me to have the whole year off with full pay. It's been great not to have any financial worries.

I set up an Instagram page for my family and friends to follow my bowel cancer journey. It's been an incredible source of support for me. Most of the people that follow me are strangers, but they feel like friends to me.

I finished treatment at the end of March and had my scans in May. I met with my consultant shortly afterwards who told me that the treatment had cleared my cancer, however there was still some scarring and a cyst present and they recommended that I have surgery.

The surgery went ahead in June 2021 went well however the colostomy bag they needed to fit did take a little while to get used to.

I still struggle sometimes physically but also mentally as there is always that worry that it will come back or my son may get it in the future which would be heartbreaking. However, when I was on the ward I met some incredible people including one woman who is a great friend of mine now.

I set up an Instagram page for my family and friends to follow my bowel cancer journey. It's been an incredible source of support for me. People have been posting comments telling me that I'm really brave and sharing their similar experiences. Most of the people that follow me are strangers, but they feel like friends to me. It's a great way of asking questions from people who've been there and been through it.

Listen to Emma talk about her bowel cancer diagnosis by clicking on the video below. 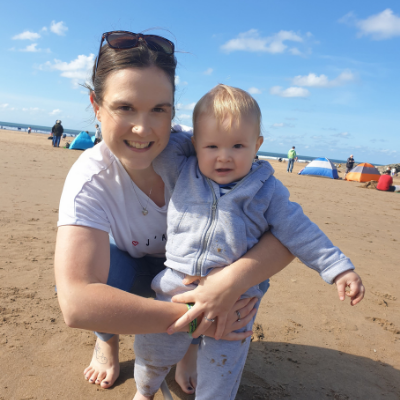 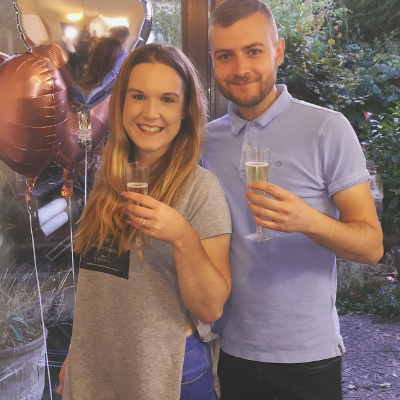