Up until a couple of months prior to this, life was good. I was living in New York on a work secondment. I loved my job and had an incredibly supportive husband and two cats. Just as my secondment was coming to an end and I was a month away from returning to the UK, I started noticing a pain in my upper right abdomen. It was intermittent but very noticeable when it did happen.

Not long after I returned to the UK, I started feeling a severe pain in my right shoulder. The first time I saw my GP it was dismissed as a muscular issue and I saw a physiotherapist. However, deep down I started to feel something just wasn't right. I had always been so healthy and suddenly I was in pain and I also had an underlying feeling of sickness. I wasn't enjoying food so much and on a work trip to Stockholm I started to feel anxious and panicky.

I went back to my GP and had a blood test which showed I had an elevated D-dimer, which is a type of protein. I was told to go to A&E as I may have a blot clot. My lungs were scanned and a blood clot was ruled out but a week later another blood test showed the same thing and my GP sent me for tests at my local hospital. I was sent for a CT scan to see if there was a blood clot in my stomach. An hour later my whole world was turned upside down when I was told I had bowel cancer and that it had spread to my liver. It was a complete shock and I'll never forget that dreadful moment.

One week later I had a colonoscopy where I was told the tumour had severely narrowed my sigmoid colon. I met a surgeon who said that because I had lesions on both lobes of my liver, surgery was not an option at that time. I was referred to an oncologist to discuss chemotherapy.

Just as I was about to start my first round of folfiri with panitumumab, the liver pain became so severe that I was hospitalised. While I was there I had my first chemo infusion and was sent home a few days later. The skin reaction from the panitumumab was horrendous and the irinotecan made me lose my hair. However, the initial response was good and my tumours were shrinking.

Five months later, however, my cancer started fighting back and I switched to folfox with avastin. I started seeing a different oncologist who I immediately clicked with and my scans showed continued improvement up until now. The side effects have been difficult to cope with though and it has been a constant battle trying to stay positive.

I am now being considered for a liver resection and am on a chemo break to prepare for potential surgery. This had given me hope and I am keeping my fingers crossed for a positive outcome.

Nothing can prepare you for a cancer diagnosis. It turns your life upside down and tests you to your limits. I am very fortunate to be surrounded by friends and family, a wonderful husband, nurses and an amazing oncologist. 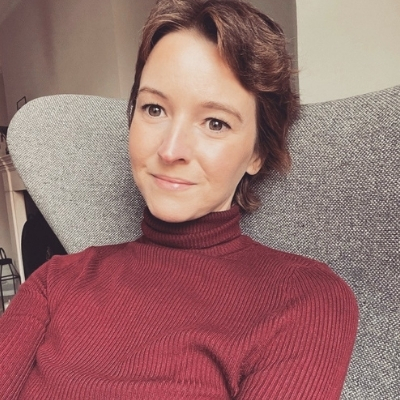 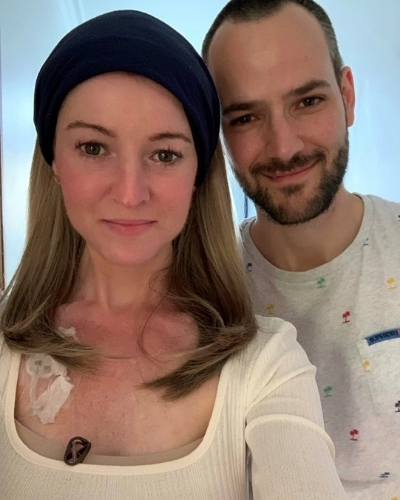