Roughly every two weeks for around 10 weeks I would see blood in my stools.

After going to the GP I was referred to a specialist, which was eight weeks later. At the appointment it was suggested that I had hemorrhoids (piles) but just to be on the safe side they referred me for a colonoscopy. I had to wait another eight weeks and it was during this procedure they found a cancerous tumour.

They explained that it was cancer but they couldn’t answer my further questions until I had a CT scan to see if it had spread.

It was the week we were looking at schools for our little girl. I just remember going back to a school after leaving the hospital to think am I now even going to see my little girl grow up? It made my stomach churn. The fear of the unknown was horrible.

A few weeks later I had an operation to remove the tumour. It was a success and I was fortunate not to need a stoma. I was so relieved. After three nights at the hospital I came home.

Three to four weeks later, I was told that it had spread to one lymph node and that I would need mop up chemotherapy from January 2020.

The chemotherapy is hard to describe other than it feels like poison going into you. The worst is the first five days on the drip as it constipated me which I’ve never experience before. After every treatment it progressively got worse and I was even sick on the way home after my final fourth course, which finished on 9 April just as lockdown happened.

Since my diagnosis, I have become very worried with any niggle. I’m constantly thinking is it something serious? I certainly have felt I have a different outlook on life now.

My aim is to see my daughter grow up and give her the best and happiest life I can and not to take my health for granted. Maybe I did before as I never got ill and always exercised and felt fit. 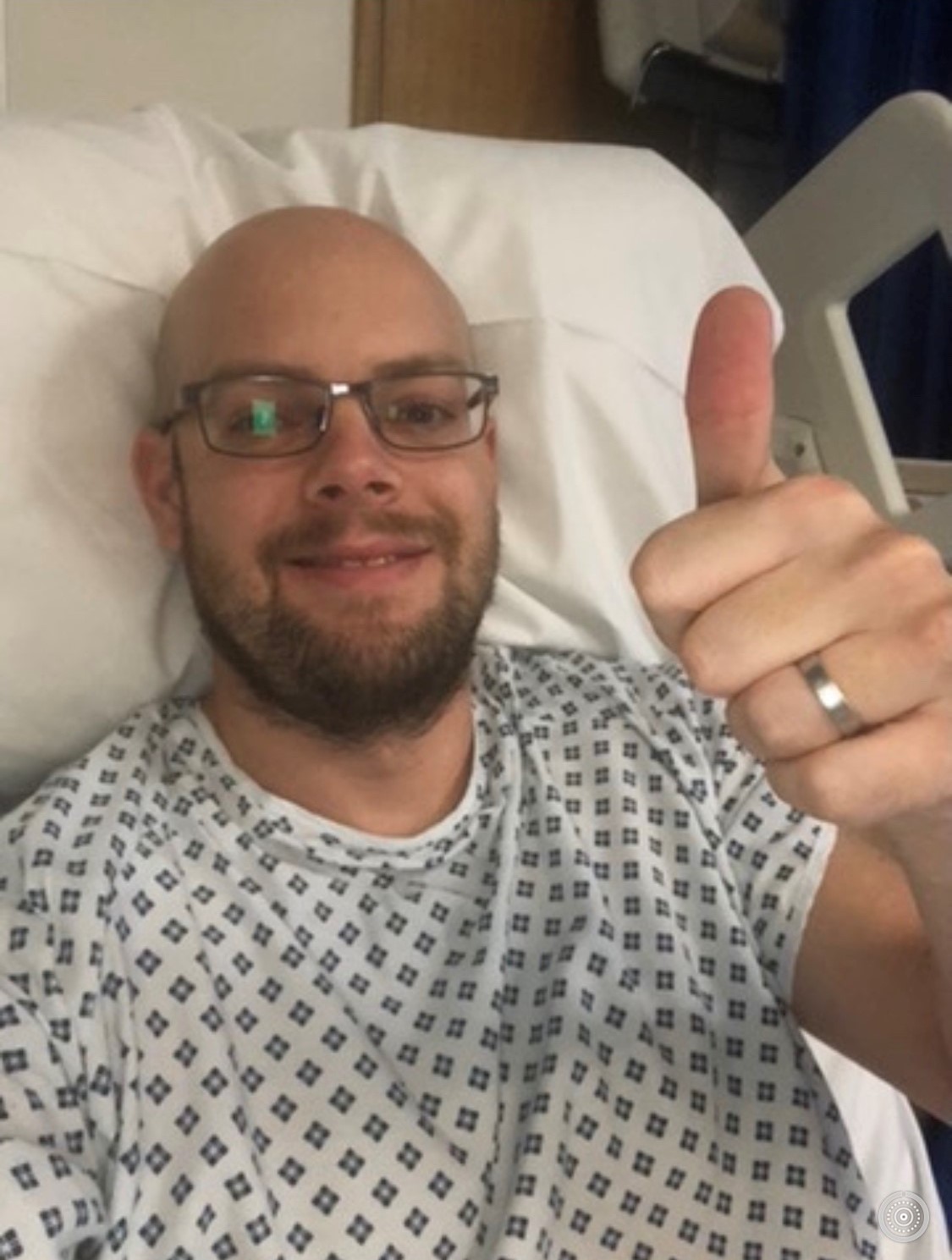