I had a bad stomach for a long time, probably in my mid-twenties. I had diarrhoea and sometimes it would have blood in it. I went to the doctor and was told it was probably internal haemorrhoids and told it would settle. I left it for a long time until in December 2019 it started to get worse, I was going to the toilet around 10-15 times in a day with blood and mucus, so in January I went to the Doctor and they put me forward for a colonoscopy. I never heard anything more from that, I think the pandemic probably delayed it a lot.

In August 2020 it had begun to get worse. I was going to the toilet 15-20 times per day, every time with blood and mucus, and it had started waking me up in the middle of the night, one or two times per night. This is when it really started getting to me, I was constantly tired and couldn't concentrate on work. I had a phone appointment with the Doctor, and she told me to go to A&E. I went and they took some blood and checked me over. I was sent home as everything was normal. The nurse in my doctor's surgery knew something wasn't right and got in contact with the specialist gastroenterology team. The nurse there rang me up and told me that something was really wrong and I should go back to A&E with the plan of getting taken in for observation. So I went in again, and again I got the same tests I had done the week previous, and again I was sent home. Everything was normal.

On Friday 30 October I got a call from the gastro nurse that I was to come into the gastro ward for observation that night. I spent ten days in the hospital when I thought I would be in for one or two nights. I got a CT scan that showed an area of inflammation in my rectum. A few days later I had a sigmoidal scope and they found a large area of inflammation. Right there and then the doctor told me it was Crohn's Disease. He took biopsies and sent me back to start a high dose of steroids to get it under control. I got a lot of visits from student doctors during that stay and they asked me my symptoms to try and deduce for themselves what my diagnosis was. The doctor in charge of them would always say, we are ruling out cancer as he is too young. I continued my treatment for Crohn's for the next few days in hospital, I was discharged on Sunday 9 October with my medication.

I got a phone call from the gastro specialist doctor on Monday while on a walk around our village asking if he could see me the next day and that I could take my wife. We knew this was bad news as every appointment I had was on my own due to the pandemic. Sure enough, he sat us down and told me the biopsies came back and they showed signs of cancer. I went from having a lifelong but treatable disease to something that could potentially kill me – it was devastating.

The next week and a half was spent getting CT scans, MRIs and a full colonoscopy. The CT showed it hadn't spread to my liver or lungs, the MRI showed that it had travelled to the outer wall of the bowel and two lymph nodes didn't look happy, and the colonoscopy showed that it was localised to the one area and the rest of my bowel was good. A mixed bag of results but we were happy overall as the cancer hadn't spread yet. I was told I was T3N1M0.

I had five days of radiotherapy to blast the tumour and then I was straight into surgery two days after radiotherapy finished. On 14 December, just over a month after being diagnosed, I was having surgery to remove the tumour and they planned an ileostomy, and if everything went well it would be reversible. The operation went really well and they removed around one foot of bowel and around 40 lymph nodes. I spent the next 10 days in hospital recovering and had a few complications. I had to have my catheter reinserted as I couldn't go to the toilet on my own, which eventually came around after three or four days. My gut also 'went to sleep' although we didn't know this until I was violently sick.

In the middle of all the horrible things I was told that the pathology of my Lymph nodes came back and none were affected, I was told I was Stage 2. One of the best days of my life. I was very lucky to be allowed home before Christmas as I hadn't fully come around from that, but I got out on 23 December, so I was able to be there for my daughter opening her presents from Santa.

Recovery from surgery was slow. I had lost one and a half stone in the 10 days I was in hospital and was very weak. Christmas was the perfect time to get out with all the great food and my wife being off work as well to help me. I had trouble sleeping due to pain around my tailbone so I needed medication to help with that. That may have been the most difficult period.

I slowly recovered from surgery and in February had a meeting with my oncologist about chemotherapy. He told me I could do six months of Capecitabine tablets, but it was my choice as he was very happy that surgery had removed everything bad. He told me that currently my chances of surviving the next five years was 85% and that chemotherapy would increase it by 2-3%. After a short talk with my wife we both decided I should do it, I would regret it if it ever came back and I didn't do it.

In the middle of February I started my chemotherapy. I was expecting to have really bad side effects, but I was incredibly lucky. I never had any nausea or sickness. The main side effect was fatigue, I am usually a very physical person, I am 6ft 4 and 105kgs, I love working with my hands, whether it is building something or gardening and I could still do those except I couldn't lift anything heavy, which was strange for me, and I had to take a lot of breaks. I had a few other side effects, I had very dry skin on my hands and feet and they were prone to cracking, especially on my feet, which made walking very painful. The other big one was I had cystitis and had problems urinating, I had to go a lot at night. This only happened around the fifth cycle out of eight and I found it was worse if I hadn't drank enough. I drank a lot of cranberry juice and that seemed to help too.

I finished my treatment on 22 July 2021 and I now am waiting on the reversal of the stoma, although I am in no rush as I have had no major problems with it. 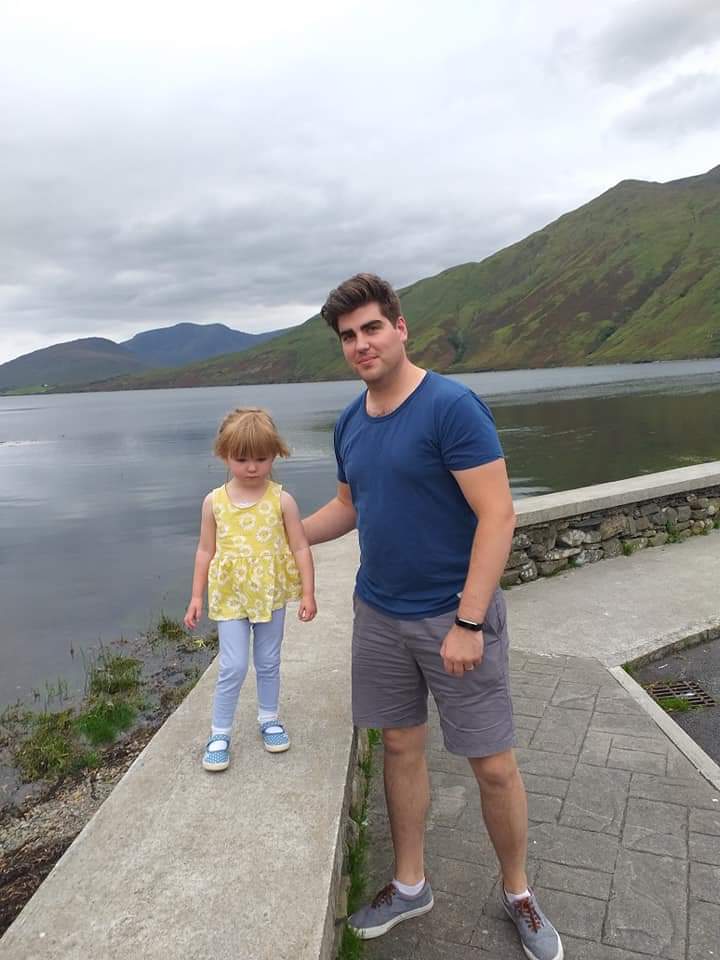 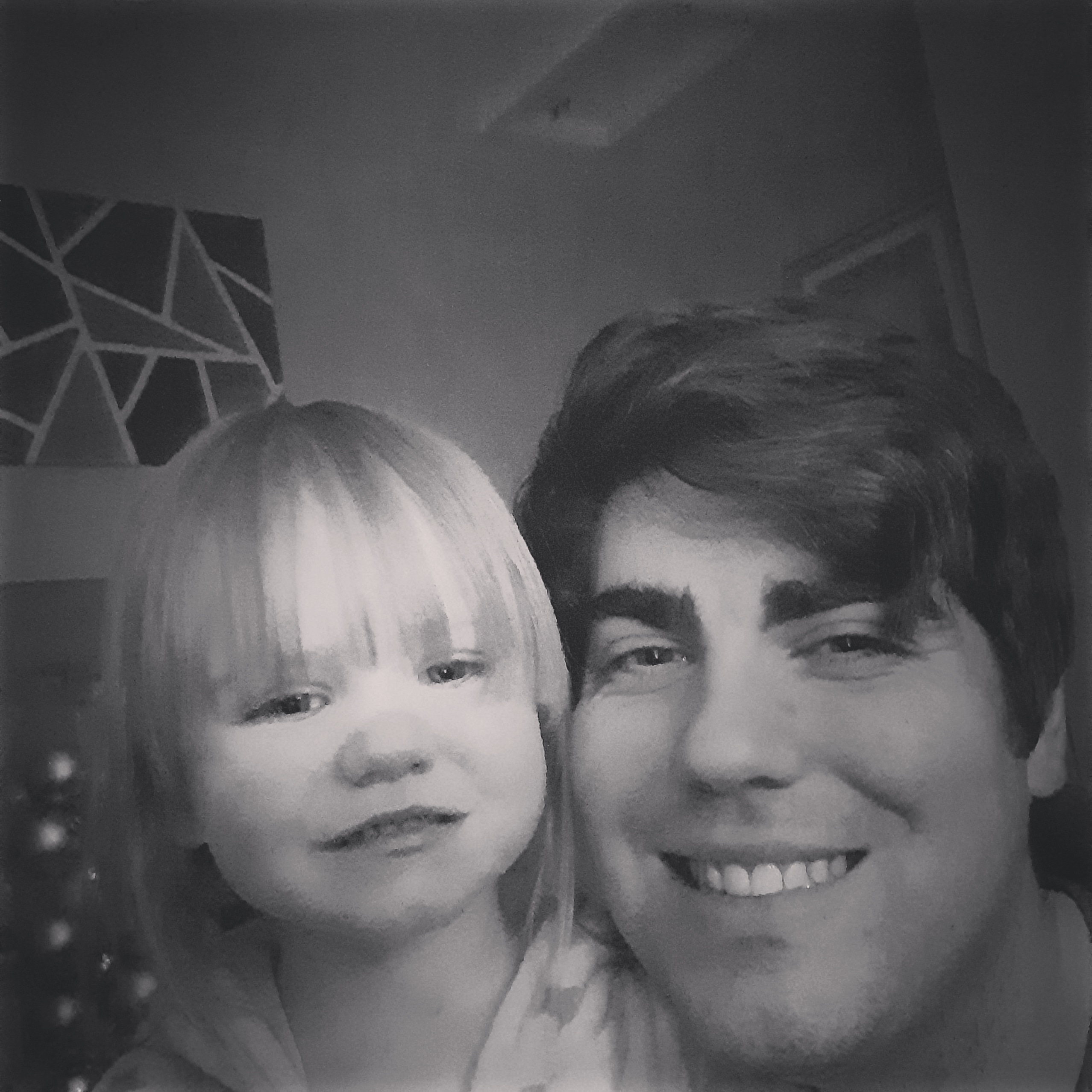 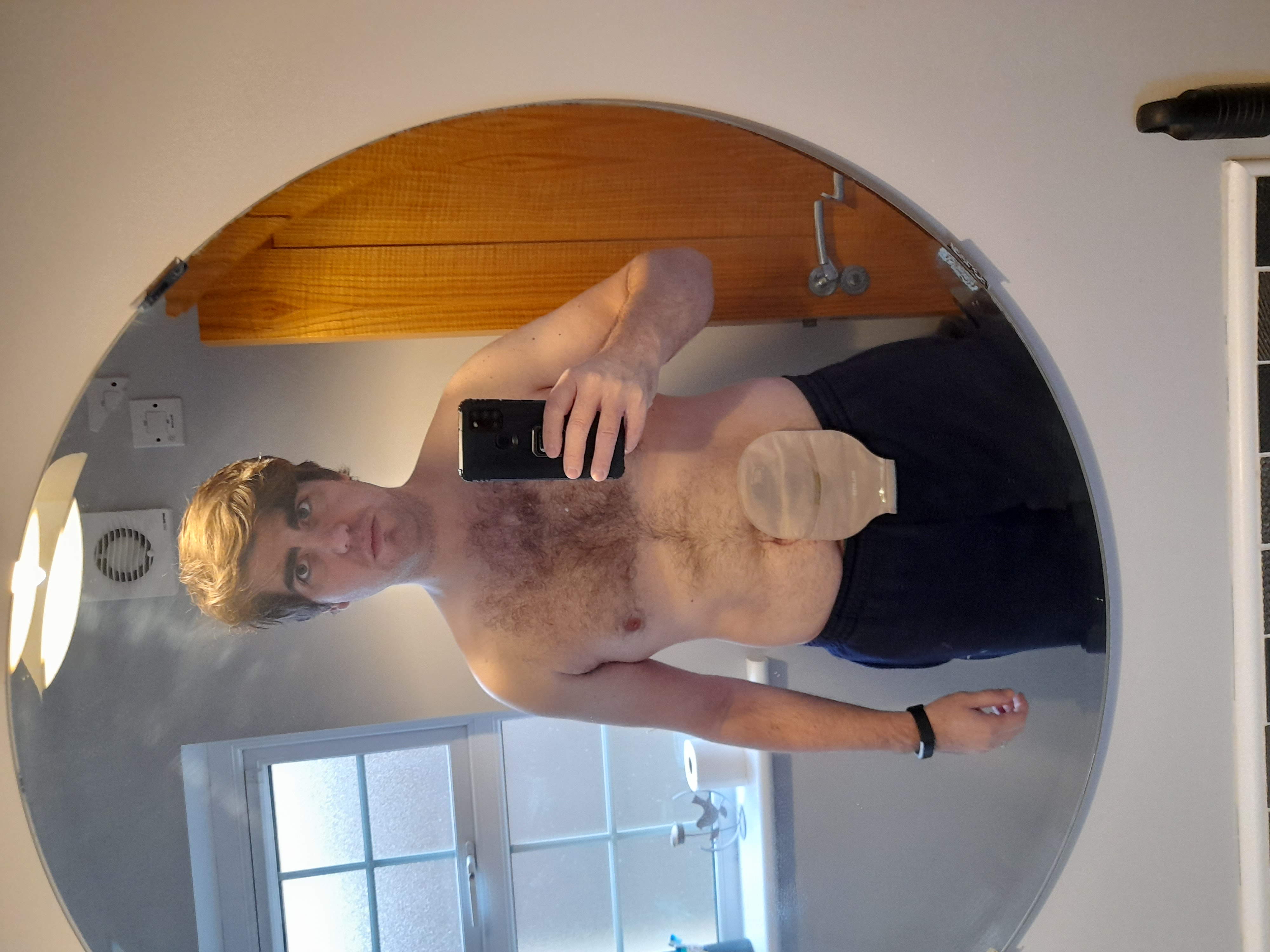