I was diagnosed with stage 4 bowel cancer in January 2021.

Back in 2018, I started experiencing stomach cramps, I was coughing up blood and I had a chest infection. I went to hospital and they did lots of tests, but apart from low blood cells nothing came up that was concerning.

During Christmas 2020, I noticed a change in my bowel habit – I was having diarrhoea and constipation. I put it down to something that I had eaten but three week later nothing had changed. I'm a nursing assistant in a hospital and told some of my colleagues that I had spotted blood in my poo. They urged me to visit my GP as something definitely wasn't right.

I phoned the GP and they told me to come to surgery right away. They checked my stomach and couldn't feel any lumps, then they checked my bum but couldn't see any piles. I had already bought with me a stool sample, so they sent that for tests and referred me for a blood test. Within a week I had my results back, there was some inflammation in my blood but the inflammation in my stool was severely high. They referred me to the gastroenterologist at the local hospital.

I didn't think much of it, I thought it was going to be Crohn's disease or colitis. A few weeks later, I received a phone call from the hospital booking me for an appointment on the 2 January. However four days before the appointment, they cancelled it due to COVID-19. They said they would phone me to reschedule.

I went to work as normal, but after a 12 hour shift I was in severe pain, my stomach was cramping, I felt very bloated and I wasn't pooing normally. It was getting smaller and smaller every time I had to go. I went home and phoned for an ambulance. They didn't see it as an emergency so didn't send an ambulance, but the hospital got in touch and sent a doctor to my house. They checked my urine and poo, and they had noticed a lot of bruising on my legs. I didn't take much notice of this. By this point I had lost a stone in five weeks. The doctor referred me to a gastroenterologist, and because they're good friends they would be able to see me the same day.

I went to hospital that afternoon and the consultant was looking for jaundice. He asked me if I had a family history of bowel cancer, but I didn't. I immediately had an ultrasound on my liver and I mentioned the symptoms that I've been having to the person doing the scan and he looked very concerned. I could hear him on the phone as I was getting dressed and he mentioned to someone that there was something on my liver. I started to panic. The next day I was back at the hospital for a colonoscopy. During the procedure they could see a 5cm tumour towards the end of my bowel. It was repulsive, and looked very aggressive as it was bleeding.

I had a CT scan and 20 mins later the consultant said it wasn't good news, and that I should have someone with me. I waited for my mam to get to the hospital. I panicked, I thought I was going to die and all I could think of was my 11 year old son. When my mam arrived, they took us into a room and explained that it was bowel cancer and they found four large tumours in my liver. They couldn't operate on my liver straightaway as they needed to shrink the tumours first, but I did need bowel surgery. He booked for me to have emergency surgery the next day to put a stent in my bowel, to open it up more so I could go to the toilet. I went home with the news, but the surgeon seemed very positive about the treatment.

The next day, as well as having a stent put in, I had an MRI scan. The scan took over an hour long, and it was really horrendous. Later that day, I received a phone call from the nurse confirming the tumour in my bowel, they found five cancerous lymph nodes, and four tumours in my liver but there was a tiny tumour in my right lung too – they would hope that would go away with chemotherapy, which I needed anyway for the tumours in my liver.

However, the biopsy results from the tumour showed that it was benign, which is impossible as the cancer had spread to other parts of my body. A specialist from a hospital in Newcastle did a second round of biopsies and confirmed that the hospital made a mistake, and the tumour was cancerous.

I have RAS Wild type and I'm currently on chemo and the immune therapy treatment. I'm waiting on a response to chemotherapy and my medical team hope to give me a liver resection in six months' time. 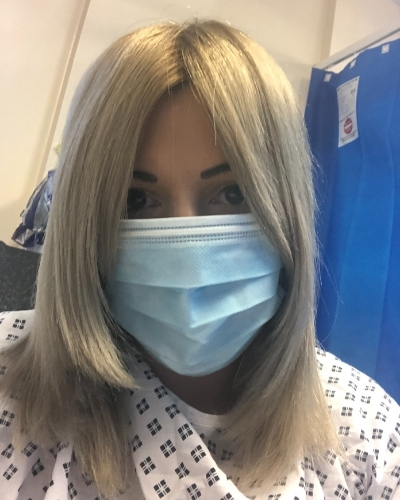 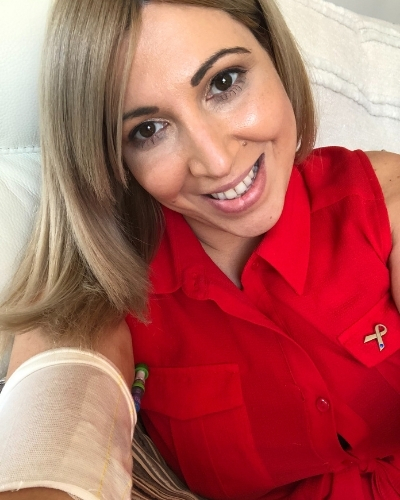