Before I was diagnosed with bowel cancer, in May 2019, I’d actually done some fundraising for Bowel Cancer UK. A family friend’s father died of the disease. Seeing how much pain she was in and how cruel bowel cancer can be, I of course did everything I could to help her raise money for the charity. Having this experience with the disease taught me a lot about it, but it just didn’t feel like something that could happen to me. After all, I was under 50, fit and healthy.

However, in early 2019 I noticed what I knew could be a symptom of bowel cancer. My bowel habits had changed significantly, so I decided to closely track and monitor this. Around the same time I started to tire very easily, was losing weight and then I noticed blood in my poo. I do suffer from piles, but I could tell the difference between the two and with all those symptoms combined I knew I needed to see my GP urgently.

I was sent for a colonoscopy just to rule anything out. I was a little worried, but I really didn’t think it would be cancer. My main worry was that it might be IBS or Crohn’s.

The appointment was ok and I opted to use Entonox instead of sedation. This meant that I saw my bowels on the screen. Gas was used to inflate my bowels so the medical team could see them clearly.  I looked up and saw what I thought were some lovely clean bowels, but I didn’t spot the cancerous polyps. Luckily, the medical team saw the polyps and examined them.

I was told the same day that I had bowel cancer. It was a real shock. I’d come in for an exam and gone home with what felt like the worst possible diagnosis.

After that, things moved really quickly. I went from initial diagnosis to surgery within six weeks.  I had the high anterior resection operation and was fortunate not to have an ileostomy bag. Now I'm doing adjuvant chemotherapy just to ensure that there are no remaining abnormal cells left in my body and then it will be surveillance for a good while.

I looked into why I might have been diagnosed under the screening age. I don’t have a  family history, a poor diet or an unhealthy lifestyle. However, I’ve now come to accept that there was nothing I could have done to prevent my diagnosis, I was just unlucky.

With the hindsight of knowledge of bowel cancer and its symptoms, I was able to seek help as soon I could and it helped that my diagnosis of bowel cancer was at stage 2/3, as opposed to the dreaded stage 4 that many deaf people are diagnosed with.

I’m aware that the deaf community are afraid or are unable to access their doctors to discuss their bowel problems. In addition, their prognosis tends to be poorer due to lack of communication access such as BSL interpreters at surgeries.

I’ve learnt that many people in the deaf community are unaware of bowel cancer, the symptoms and that if caught early it is treatable. I’m determined to use my story to help others and educate others about this disease. I hope that after reading about my experience, it will spur people on to get help early. Sure, it’s a worrying thing to go through but if you get the treatment early enough then the prognosis is extremely good. 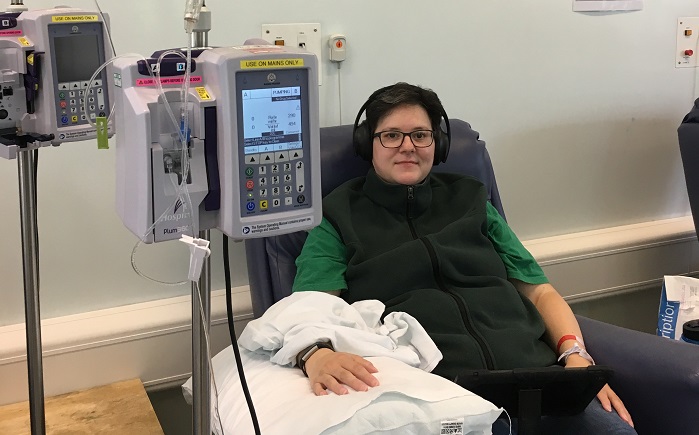 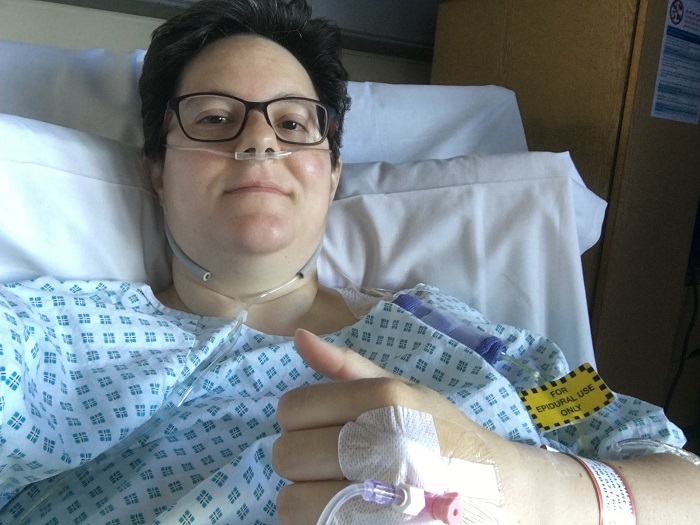