For around ten years I had chronic constipation, sometimes I found blood in my stools and had irregular and painful bowel movements. I knew my symptoms could be attributed to bowel cancer but I didn’t think I fitted the brief – I was young, physically fit and generally healthy. I always thought it was something less serious and more common.

To be honest I was so embarrassed to have a doctor check my bum that it held me back from seeking medical advice for years.

However my symptoms were getting worse so early in 2020 I went to the GP three separate times. They all shared my opinion that it wasn’t likely that I had bowel cancer. In hindsight I wish I went to my GP sooner and stressed the severity of my symptoms. Nothing the GPs prescribed me worked and I opted to go private to see a gastroenterologist.

In February I was referred for a colonoscopy, which was booked for mid-May but due to coronavirus it kept getting delayed.

Once the UK was placed under strict lockdown, I felt like A&E was the only way of addressing my ever mounting list of symptoms. The pain caused by my primary tumour was getting worse and worse as it came closer to my spinal cord.

My stools were becoming increasingly hard to pass and the laxatives I had been prescribed were not helping. I knew there was something seriously wrong but I was still hesitant to visit hospital in the early stages of the pandemic. I didn’t want to be a burden. Looking back, this was not a healthy outlook. Far from feeling like a burden, the care I received during my initial stay at Whittington Hospital was nothing short of remarkable. I’d never experienced anything like it.

The doctors initially saw the tumour on an x-ray of my pelvis. The cancer diagnosis was later confirmed by a biopsy taken whilst a stent was strategically placed in my rectum. I was sedated with Fentanyl but still awake, very strange. I tried to avoid the big screens that showed in detail how the operation was progressing – but they really do cover every inch of the room! There’s no escaping that camera.

When the possibility of a cancer diagnosis was first aired, I cried and panicked. I was alone in hospital, as so many new cancer patients have been, and literally didn’t know where to look or what to say. It took about five days to receive the formal diagnosis. By that time, I felt surprisingly calm and clear headed. I had spent the week processing my illness and, with enormous support from my girlfriend, close family and friends, found a quiet robustness with which to face my diagnosis. I just wanted to start treatment.

I found out the disease had spread when I received my initial diagnosis. It felt like a worst case scenario coming to life – not only had it spread to my liver, there were also early signs of disease in my lungs and neck. We knew it was going to be an uphill battle from then on.

I’m now currently on chemotherapy (Folfox and Oxyplatin). I’ve currently had 10 rounds with two more rounds to go, then I will hopefully start radiotherapy.

The chemotherapy is tough, I suffer from fatigue, nausea and peripheral neuropathy in my hands and feet. I have severe pain in my jaw when I’m eating and I’ve completely lost my appetite. I can’t sleep.

My outlook on life and the people closest to me has warmed immensely. There are undeniable positives to being pushed to your mental and physical limits by cancer, you find pockets of strength and support you never knew existed.

Read Bobby’s blog on how he got through lockdown whilst being diagnosed and treated for stage 4 bowel cancer. 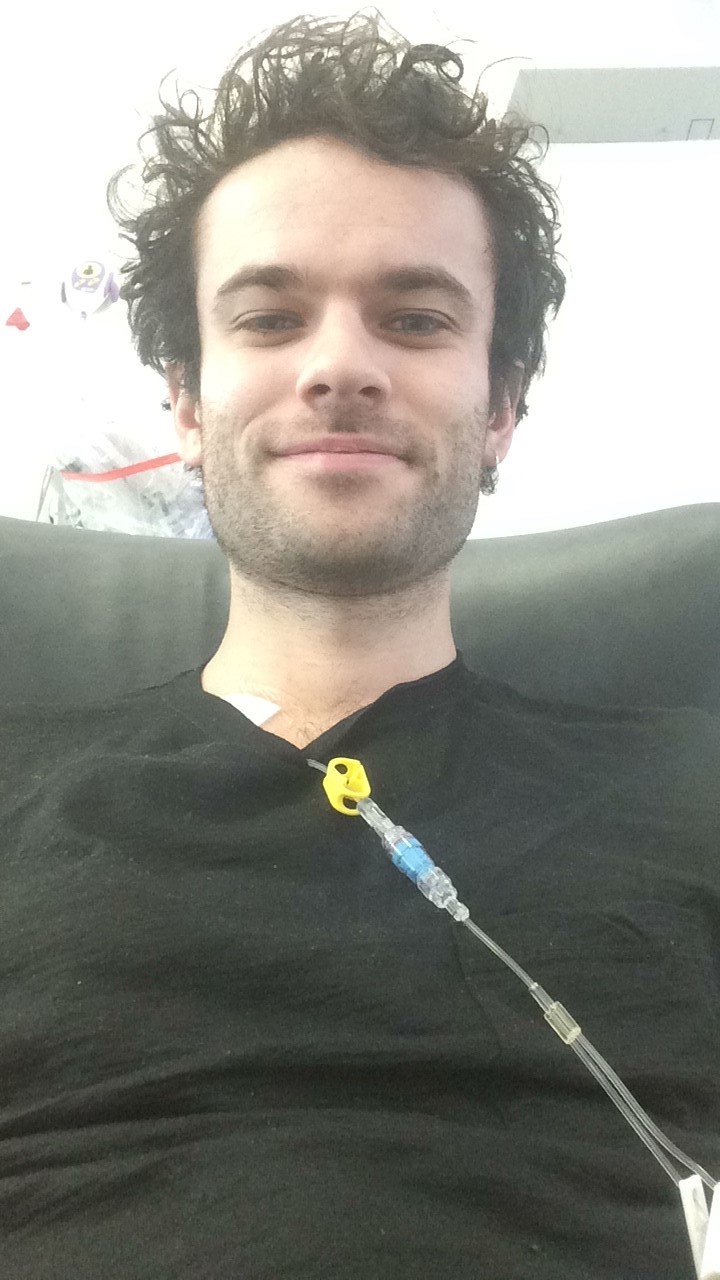