In 2018 I noticed a bit of blood when I went to the toilet and had a sensitive tummy but I didn't think much of it. A week after the first lockdown in March 2020, I went to the toilet and nothing but blood came out. I panicked and phoned the GP. They thought it was piles and prescribed medication. A week later, I phoned again and they gave me another week's treatment. When I phoned them again, they booked an appointment to see the GP. They gave me an internal examination and were surprised not to see any piles. They urgently referred me for a flexi-sigmoidoscopy, but due to COVID the NHS weren't performing any endoscopy procedures so they booked me my appointment with a private hospital.

At the colonoscopy, the consultant said he found something suspicious and he was 98% sure it was bowel cancer. To be honest, it didn't come as a complete shock to me. I've always had a gut feeling that one day I would be diagnosed; it's always been in the back of my mind.

The consultant reassured me that this was treatable and booked me in for an MRI and CT scans in three days' time. My husband and two children were in the hospital car park waiting for me, they couldn't come in due to COVID-19 rules, and I tried my best to be positive in front of the children. I had to wait until we got home to tell my husband that it was potentially cancer.

I had my scans on the Friday, and the following Tuesday I had an appointment with the consultant to discuss the action plan. There was no evidence of spread and that it was localised in the rectum. I needed surgery and possibly a stoma. I really hated the idea of a stoma.

The surgery was booked in for 11 June. It took two and half hours and when I came round the first thing I did was touch my tummy. I was really gutted that I could feel the stoma and bag. It was really tough getting used to the stoma and COVID-19 made that even harder. The district nurses weren't doing house visits and I hadn't recovered enough from surgery to drive the 20 miles. However the nurses at my GP practice were amazing, and they gave me lots of support and practical advice.

It took about six weeks to recover from the surgery, but it was a success. They tested 19 lymph nodes and none of them were cancerous. It meant that I didn't need any further treatment. I kept pushing my medical team to book in my stoma reversal, which happened on the 23 September.

Throughout my diagnosis and treatment, I was on furlough from work. I work at a school and although it reopened in September, I wasn't able to go back until I recovered from my stoma reversal surgery. My bowels recovered really well from the operation and I was able to return to work six weeks later.

It was really tough for my children, my daughter was 15 at the time and she thought I was going to die. She made me a little note with lots of photographs of us together – I burst into tears. My son is 11 and he started secondary school in September. He really struggled with it. On the day I had my reversal surgery, he walked to school but once he got there, he walked home. He couldn't face it.

I've read a lot of the Real Life Stories on the Bowel Cancer UK website, and some of them make for a tough read, but I've got a positive story and they're important to share as well. 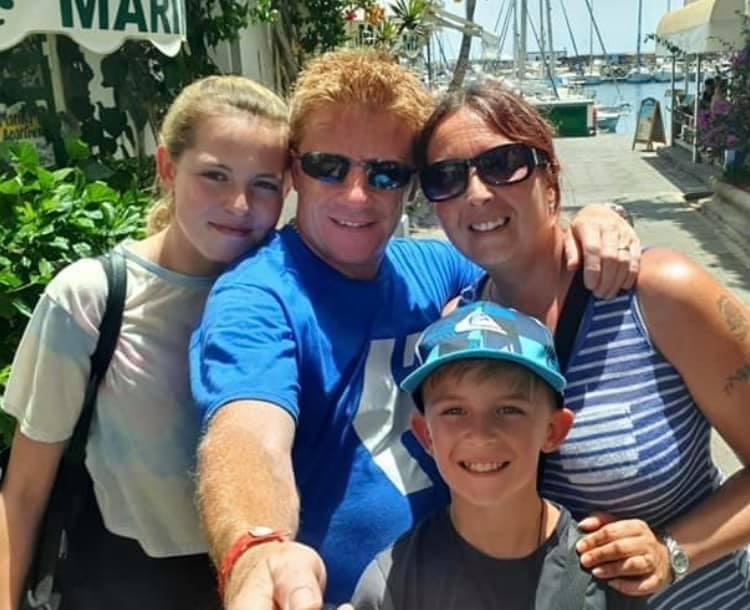