Six months prior to my diagnosis, I was seeing blood in my stools, feeling tired and I lost my appetite. I think I waited too long to see my GP. However in January 2019, I finally made the appointment and after examining me he referred me for a colonoscopy. It was a whirlwind after that.

After the colonoscopy, they took me and my wife into a room. It was with the consultant and registrar – my wife knew instantly that something was wrong. They told me I had bowel cancer and needed to start treatment straight away.

After telling my children and immediate family, I then told the staff at school, I’m a PE teacher, so I needed to have time off. It was, obviously, such a huge shock to everyone.

I started radiotherapy almost straight away. Every day, except for the weekend, I had to go to hospital for treatment. To be honest the hardest part was having a full bladder whilst you’re in the machine. I didn’t have any other side effects.

I then had chemotherapy. I had six sessions – every day for nine days I would take tablets in the morning and in the evening with a short break before the next session. Don’t get me wrong it was tough as I sometimes felt really sick, but I just persevered.

My daughter was getting married on the 1 June, and all I wanted was to walk her down the aisle. I was meant to have surgery, but fortunately they were able to push it back a week so I could be there for her special day. There was no way I was going to be anywhere else.

Having the surgery in June, I was hopeful that I had enough time to recover to go back to work full time in September.

The surgeon told me on a good outcome I will have an ultra-low anterior resection with a temporary ileostomy. On a bad outcome, I may end up having a permanent colostomy because they may go below the cancer and remove everything including the anal sphincter to achieve a complete resection margin.  To say I was nervous before the operation is an understatement. I did know that if I woke up and the stoma bag was on the left, it would mean that it was permanent. After I came round from the nine hour operation, the first thing I did was check which side it was – I had a sigh of relief when it was on the right. I had a few complications in my recovery so it meant that I was in hospital for nearly four weeks.

It took me a long time to recover, I almost had to learn to start walking again. I was bedridden for three weeks, and in the final week of hospital I was finally able to eat normally again.

I spent six further weeks at home recovering before I started more post-op chemotherapy. However I was really pleased that I was able to go back to work in September. It took some time getting used to the stoma, sometimes I’d have to miss a class as it had leaked and I definitely wasn’t as active as I used to be.

When I finished chemotherapy in December, I thought everything was fine. However a CT scan revealed that there was something in my liver and I was now diagnosed with stage 4 bowel cancer. I took some time off work and in January I had a liver resection. I was only in the hospital for four days, so my wife had to cut short her spa break by a day – she was less than impressed.

After spending more time at home recovering, I am now cancer free and not on any more treatment. I’m just trying to stay positive that future scans won’t reveal any recurrence.

My stoma reversal was booked in for 19 March 2020, however the day before they rang me to say that due to covid-19 they were cancelling all non-urgent operations. During lockdown I was urged to stay at home as I was clinically vulnerable but it did give me a chance to record my weekly PE podcasts – I’m like the Joe Wicks of Eastbourne but with far less money!!

However in June 2020, I was first in the queue to have my operation. It went really well but I know my bowels will never be normal again. It certainly takes some time to get used to it. It’s definitely a huge learning curve. I carry a survival bag with me whenever I am away from my home, in case I am caught short. It’s about managing the day and adjusting to the ‘new normal’ with the help of Loperamide (Imodium). Making the most of a good day and on a bad day, listening to your body and resting.

Last December I signed up for Bowel Cancer UK’s Decembeard campaign – the charity said that I was their third highest fundraiser. It made me really proud. I had so much support from my family and friends, and the staff at school all got behind it too, with the female teachers all wearing fake moustaches on the final day.

I work with the loveliest people, they nominated me back in January for the Sussex Teacher of the Year Awards 2020 and I was delighted when it was announced that I’d won Sport Teacher for Eastbourne District, and Overall Sport Teacher for Sussex. The ceremony was meant to be in the summer but it got cancelled and so I received the award in a virtual ceremony in October.

I strongly believe in having a positive mental attitude and the love from my family, friends  and school colleagues has definitely got me through some tough times over the past two years.

Now that I’m off treatment I can start to look to the future. I could not manage without my wife. She has been my rock, my calming influence, my mentor when I’m having a bad day.

You just never know what’s round the corner but for now we’re staying positive and looking forward to a future together.

Feeling inspired? Grow a beard throughout December and help us stop people dying of bowel cancer. 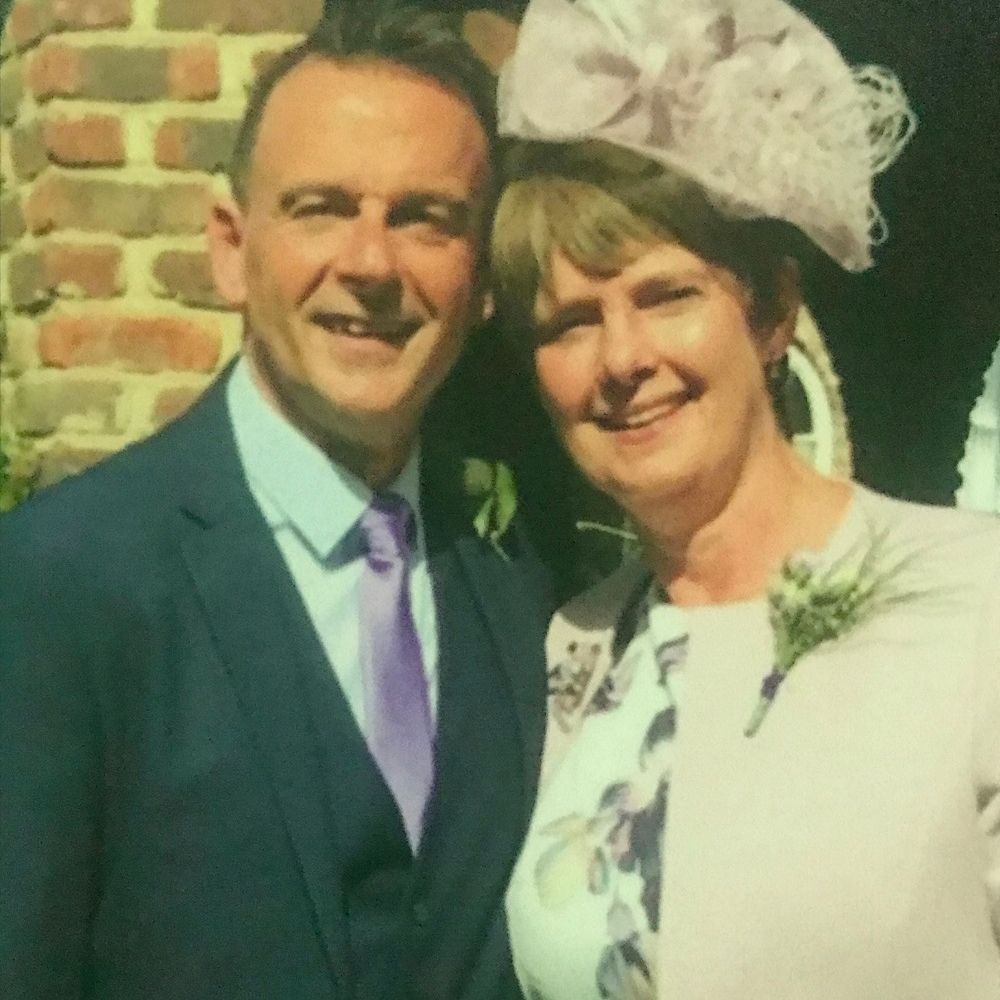 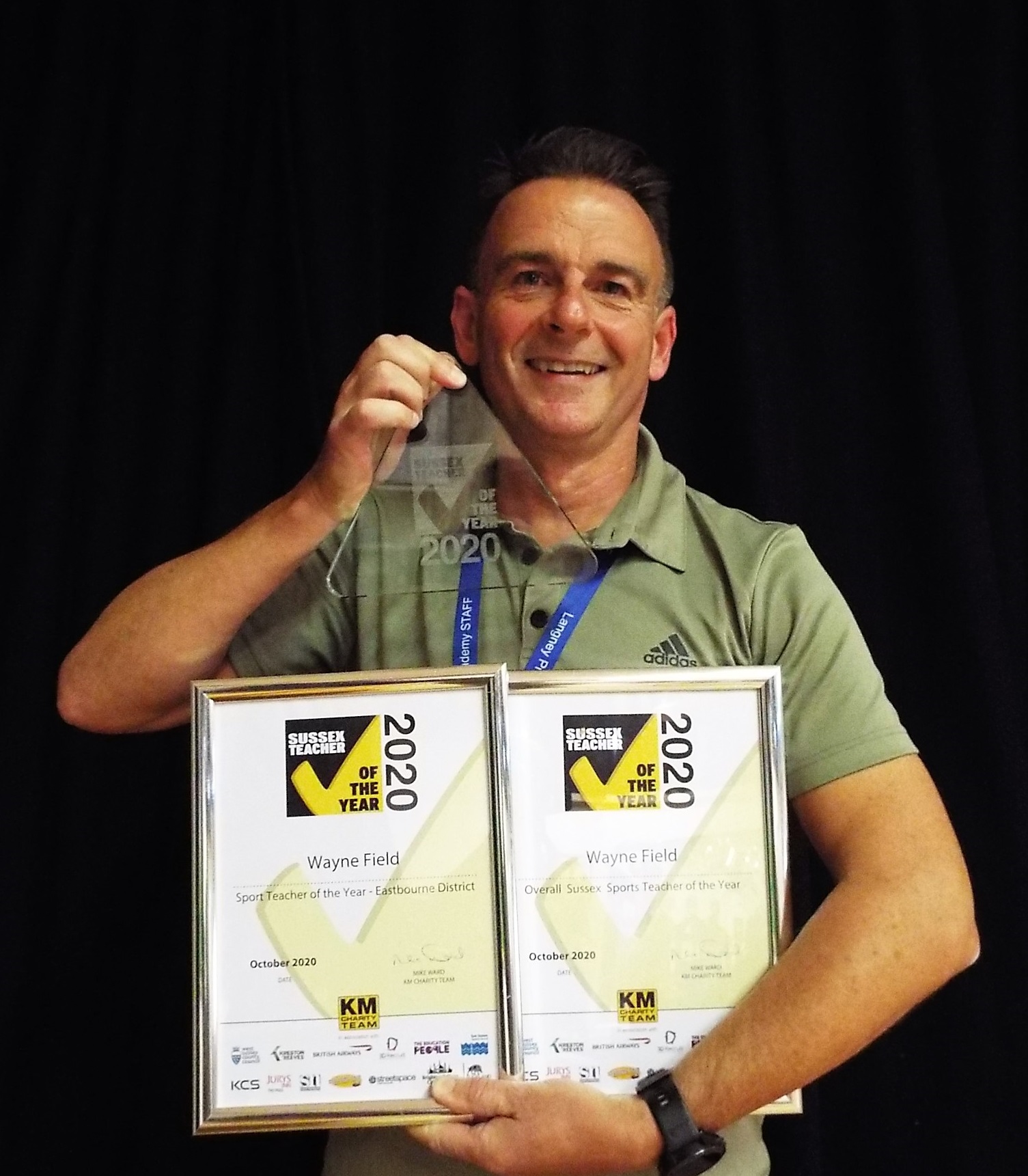