I was diagnosed with stage one bowel cancer when I was 53 years old.

I’m a little ashamed to say that I ignored the bowel screening test when I received it just past my 50th birthday. I was too busy at the time, and didn’t have any symptoms so thought it wasn’t for me.

However, a few years later I saw blood when I went the toilet, and immediately visited my GP. I had a colonoscopy fairly quickly and I saw the tumour on the screen. Luckily I was diagnosed early. I only needed surgery and had a stoma fitted, and four months later this was reversed.

It was unfortunate timing as I was in hospital on Christmas day, but I do remember a lovely nurse giving out a present to each patient on the ward.

I’m now five years since my surgery and just have annual colonoscopies. However, I will soon start receiving the bowel screening test in the post, and this time I definitely won’t be too busy to complete it.

I made the decision to volunteer with Bowel Cancer UK when I retired. I was looking for an opportunity to give something back. I just happened to walk past the charity’s Scotland office and emailed the team to see if I could help them. They were looking for volunteers to raise awareness of the disease.

I’ve presented four or five talks, spoken at the charity’s events and have also volunteered at their fundraising events. 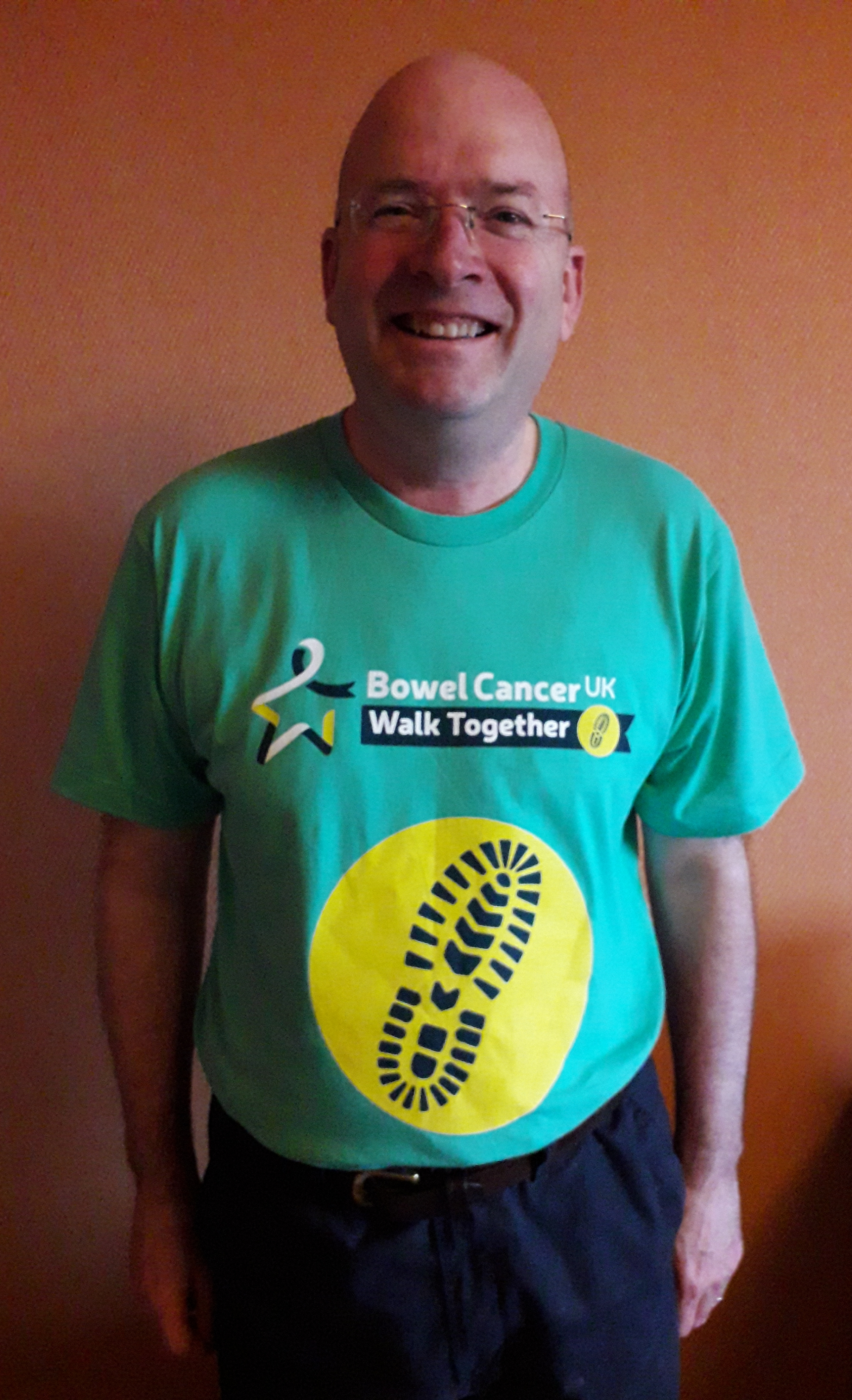