The first part of my story starts around April 2020 with me keeping a diary after I'd noticed that I was going to the loo more often than usual, to empty my bowels. We'd just returned from six weeks in Australia so I just assumed that my body was adjusting to getting back to a sensible eating pattern, but when I discovered that there was blood on the tissue and in my stools, I started to think there may be something wrong. It wasn't every time or even every day, so I wanted to be sure before I went to the doctors and with the pandemic in full swing, I wasn't even sure about going. I had googled the symptoms but was convinced that it could be anything other than cancer, so I didn't worry immediately.

At the beginning of August, I booked an appointment with my local surgery. I answered 'no' to the questions the doctor asked me:

Despite my answers, my doctor referred me to The Princess of Wales Hospital, Bridgend to see a consultant in the Colorectal Department, which I was really happy with – it's what I would have asked for even if it hadn't been suggested. She also arranged for bloods to be taken to check for iron levels, anaemia, etc. That was 14 August 2020.

My first hospital appointment was on 22 September, where the doctor did a small examination in the lower part of my colon – he said he wasn't worried but referred me for a further, fuller examination. On 7 October I had a CT colonogram to look at my large bowel. A week later I received a letter from the hospital to say I had an ulcer in my colon and they arranged for me to have a flexible sigmoidoscopy and a chest CT scan. I had the CT scan on 27 October and the flexible sigmoidoscopy two days later. It was at this point that they found a tumour on the left side of my colon.

I was so lucky that my husband was allowed to be with me as I'm not sure I would have known how to react by myself. My lovely surgeon told me that they were going to remove the tumour – we gave it a name, Terry – and that they would take good care of me and get me back to good health and I believed him. I didn't get upset, I didn't get angry, I just accepted what he told me. We asked questions like, "is it cancerous?". He explained that they had taken cells but wouldn't know until they tested them. "Is it aggressive, growing quickly?". No, it wasn't. I wanted to know how long it had been growing but he couldn't say. The nurse who was also there explained there was a possibility that I would need a stoma, even temporarily, which terrified me, but I accepted it. They said that as I was young and fit (did they realise that I was 50?) I would recover and be back to full health again in no time. He said they wanted to operate mid to end of November and that they would have a discussion and let me know in a weeks' time.

I was so lucky that my husband was allowed to be with me as I'm not sure I would have known how to react by myself. My lovely surgeon told me that they were going to remove the tumour – we gave it a name, Terry – and that they would take good care of me and get me back to good health and I believed him. I didn't get upset, I didn't get angry, I just accepted what he told me.

An appointment was made for Thursday 5 November at 1.30pm, but the day before, the surgeon called me to tell that he had arranged another appointment for a pre-op assessment also on 5 November in the morning as they were going to operate on 17 November and I was to isolate from that moment onwards as it was just under two weeks away. Woah! No time to think really! We learned in the appointment with the surgeon that the tumour was cancerous, but stage 1/2 and that they would perform a sigmoid colectomy (because the tumour was in the sigmoid colon) and it would be laparoscopic surgery. Again, he totally reassured me that he was going to remove it and take good care of me. I had to have a fitness test the following Thursday – which I somehow passed. I also had to have a COVID test prior to that, which thankfully was negative. I then had to have another COVID test on the Saturday prior to my surgery, which again was negative.

On Sunday 15 November at midday, I had to start my 'prep' – the delightful Picolax – and at 7.30am on Tuesday 17 November, my husband dropped me off at the hospital. At 9.15am I was put under general anaesthetic and had an epidural and spent 2.5 hours in surgery. After an hour and a half in recovery it was so lush to discover that my husband was on the phone and we joked that I told him I loved him straight away – he told the nurse it was just like when I come home drunk after a night out. The first thing I did was touch my stomach and my lovely nurse immediately informed me that I didn't have a stoma. I was delighted! I spent four days in hospital and the next time I saw my husband was on Saturday. It was very emotional as I was wheeled out of the entrance to the car.

My recovery then commenced. I had a check-up appointment on 3 December, where my surgeon told us that I didn't require any further treatment whatsoever. I was not expecting that and still struggle, truth be known, as I had never heard of anyone not having some kind of treatment, so it's taken me a while to get used to that idea, but obviously I am over the moon. However, so many people have told me since that they know someone who has gone through it and not had to undergo any either, so I'm satisfied now it was the right decision.

I had an appointment with urology in February, just to check my bladder as I struggled with emptying mine whilst in hospital and I had two different catheters, but that was all good. I've also completed a form from the All Wales Medical Genetics Service, to look at family history and determine if my cancer might be hereditary. The results of the tests showed that it is not genetic and we don’t require any further tests.

I have been bothered by soreness/tenderness on the right side of my tummy between my main scar by my belly button and one of the small incisions that has not eased (it has been there since surgery) so I saw my surgeon in April and he gave me a thorough examination. He explained that he was looking for a possible hernia, which can sometimes be caused in surgery, but he was satisfied that it was just muscle strain and I must continue with exercise but listen to my body. I'm not one to sit around doing nothing, so I had probably just done a bit too much and not given my body enough time to heal completely before adjusting back in to normal daily routine that sometimes might just be a bit too much. The nurses also arranged for me to have my six-month bloods a bit early too, so on 4 May I found out my blood tests had come back clear – the best news ever! My next appointment on my surveillance plan is on the 'anniversary' of my surgery and will entail bloods and a CT scan, as well as a possible colonoscopy.

Right now I am just getting on with my life and every day I'm thankful that my experience was so positive. I've no doubt I will feel nervous as the day approaches for the annual check-up, but I have total faith in the NHS that they will look after me again. I also want to make sure that more people have the same experience that I have had and that more cases are found early enough that tumours don't get past stage 1/2.

Listen to Sacha talk about her bowel cancer diagnosis by clicking on the video below. 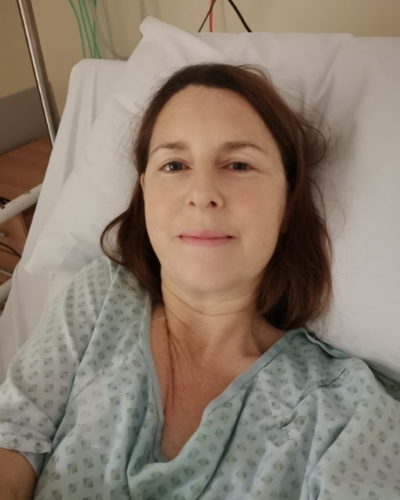 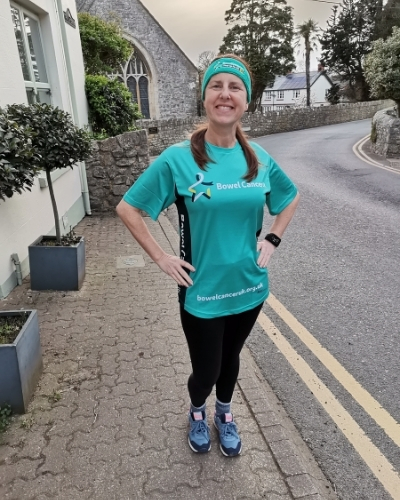 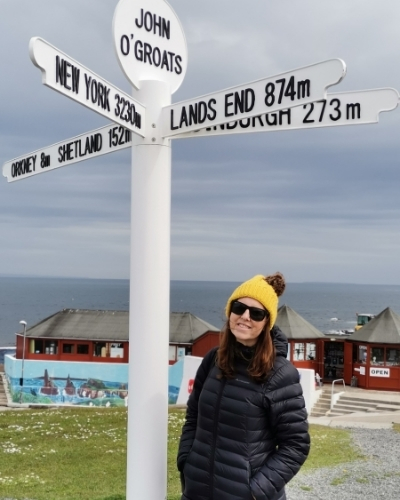 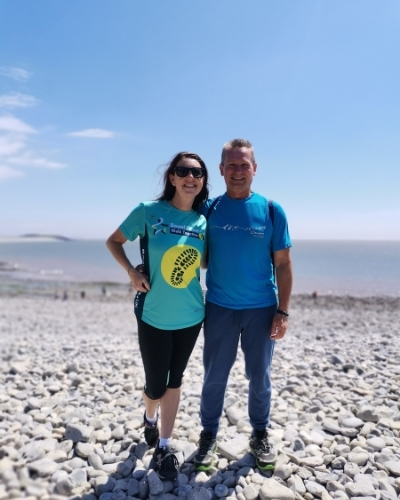