I was diagnosed with stage 4 terminal bowel cancer in October 2020, aged 55.

I am a fit and healthy lady in my mid-50s, however, in the summer of 2020 I had chronic pain in my abdomen one day. The pains would be very intermittent, sometimes weeks apart, and would only last 20 or 30 mins. But when the pains became more regular and lasted longer, I decided to go to my GP. My GP was brilliant. She didn’t know what it was but gave me the FIT test to do. When she got the results, it was one point over the indicator, so she said she would prefer to be safe and I was referred for a colonoscopy and endoscopy, which took place in October 2020.

Immediately after the procedure I was called into a separate room. I thought the tests would show that it was an ulcer, but when Les and I were taken into a room to see a doctor and a MacMillan nurse, I knew this wasn’t looking good. But nothing prepared us for the shock when the nurse said, ‘yes it’s cancer.’ It was said as if we were expecting to be told that, but it was the last thing on our minds.  We didn’t think for one moment that it would even be a possibility. We were completely shocked, and it was made all the harder because Les had lost his first wife to cancer.

I had to go for a CT scan three days later, on my birthday. The following day a nurse called and I was told that I had stage 4 bowel cancer and it was incurable. From then on, any treatment I would have would be palliative.  Our world fell apart in that moment. All the plans we’d made for the future disappeared in an instant.

I felt so cheated. I always go for mammograms and smear tests, but I didn’t notice any symptoms of bowel cancer. I didn’t have blood in my poo and there weren’t any changes in bowel movement. Apparently, I have had the cancer for three to five years undetected. In hindsight and now with more awareness of symptoms I believe I had signs – I have had constipation over the years, and I only went to poo a couple of times a week, but this was the norm for me.

The oncologists explained that without chemotherapy I would have an average of six to 12 months to live and with it, an average of three years. It was a no brainer to have the chemo. I just had to be strong and pray that the treatment would do its best to stop the growth of the tumour. My thoughts at the time were that I wanted five to ten years to live, which would get me to 65 and I thought I would be ok with that.

I began chemotherapy in November 2020, and had to attend my appointments, at Great Western Hospital, alone due to Covid. It was a little frightening walking onto the ward on my own to start treatment, because you never expect to be on this journey by yourself, but the nurses were brilliant, so kind and supportive.

Over the course of treatment, I suffered some severe reactions and in January of this year during one treatment doctors decided to pause my chemotherapy temporarily so that I could take anti-sickness drugs, before continuing with the chemotherapy that day. Just after this last cycle, I was in quite a bad way. I couldn’t face food or even stand the sight or smell of it, even if I saw it on TV. I had chronic cramps in my stomach and felt completely wiped out.

At that point I couldn’t even keep water down and after ringing the chemotherapy triage line in desperation I was referred back to my GP, who was brilliant, she saw me straight away even in the middle of Covid times. She listened to my stomach and confirmed I had a blockage. She sent me immediately to hospital and managed to bypass A&E and got me straight into the surgical assessment unit at her local hospital, which had just been put into critical Covid mode. They had limited beds, but they managed to find me one, squeezed onto the end of a ward, I was comfortable, just very tired, and actually without all my drugs I felt pretty good. I just couldn’t eat.

After further examinations and a CT scan it was confirmed that I did have a blockage which had been caused by the main tumour getting thicker inside. I was given two options; a stent to widen the opening of the tumour and allow a passage way, the second was to have a colostomy bag which would give me more time than the stent would. I want to live as long as I can, so of course I opted for the bag. The surgeon explained that he wouldn’t be able to carry out the operation for a week but because he felt I needed it sooner he contacted a senior surgeon who was working in the hospital at the time.

The senior surgeon came to see me within the hour and was absolutely brilliant, he calmly explained what was going on and said he would remove the cancer and give me a colostomy. I was shocked as we’d been told that the cancer couldn’t be removed as it was so big.

Following surgery, I was given the news I had never expected to hear. He told me that he had removed all the cancer that he could see. I’ve replayed that in my head a million times and still can’t believe it.

Since then, I have had scans which still show that there are no visible signs of cancer. I still can’t quite believe it.   Just nine months ago, I was planning my own funeral, now I am daring to look ahead. I’m realistic enough to know that there is a high risk that the cancer can come back, but for now I just appreciate every single day that I feel well and can spend with my family.

I have completely re-evaluated my life. I had come so close to death before that life-saving operation that I decided to retire and not focus on work anymore. I want to live what life I do have left to the full.

I am supporting this year’s Brew Together to raise money for Bowel Cancer UK. I am so passionate about raising awareness of early diagnosis. I share my story on Facebook to help others understand the consequences of ignoring symptoms and I am really keen to raise awareness through telling my story anywhere. On reflection I probably had constipation to some extent for several years prior to my diagnosis, but I put it down to age, and the way your body changes. I was not aware of the symptoms of bowel cancer; it’s not promoted as much as some cancers, so it didn’t even come into my mind.

I should have asked for a bowel cancer test, but I just shrugged my symptoms off.  Now I’m passionate about telling people to go to their GP as soon as they notice anything different, even if it’s the smallest one-off thing.  It may be nothing but detecting cancer early really could mean the difference between life and death. 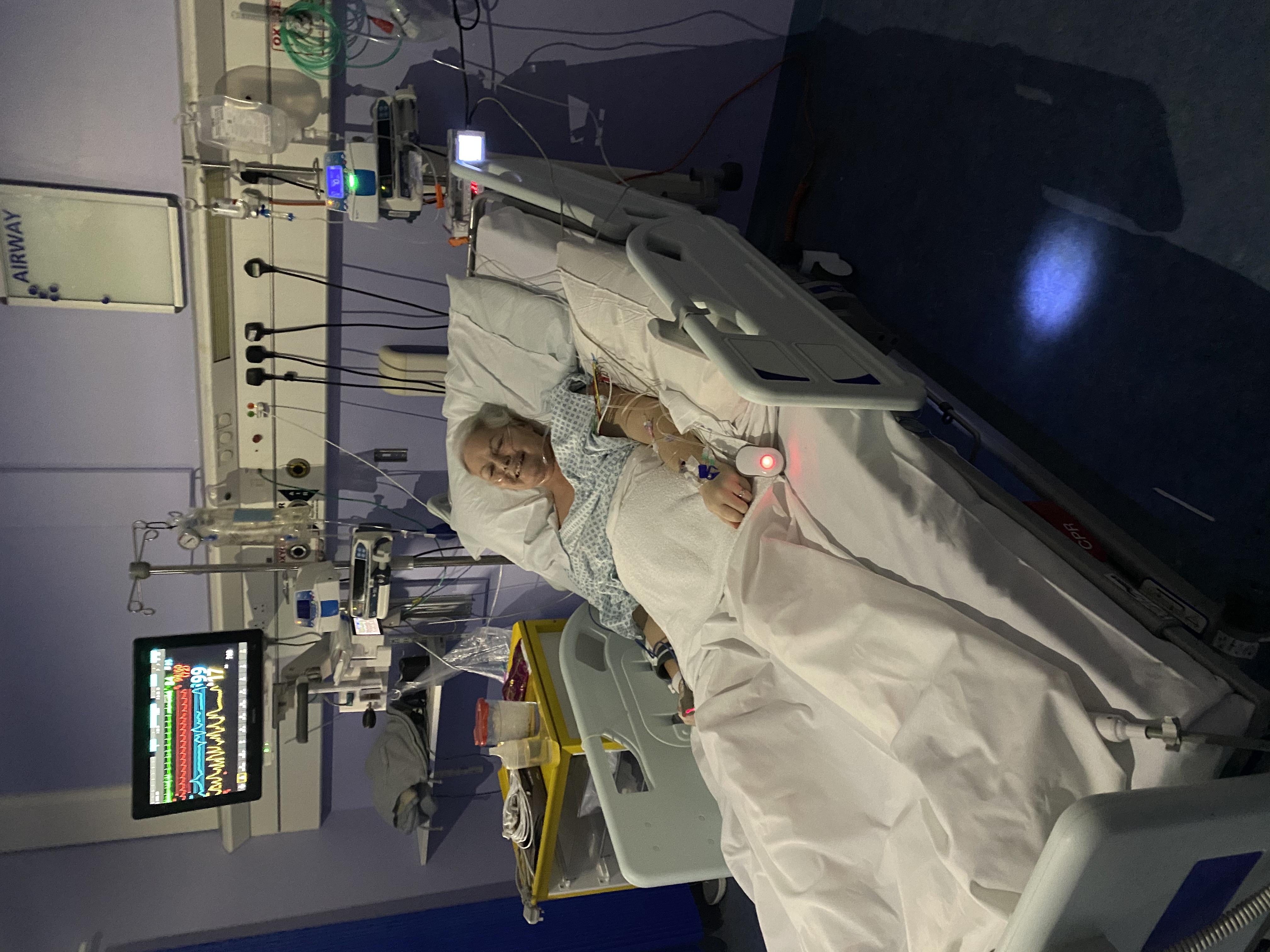 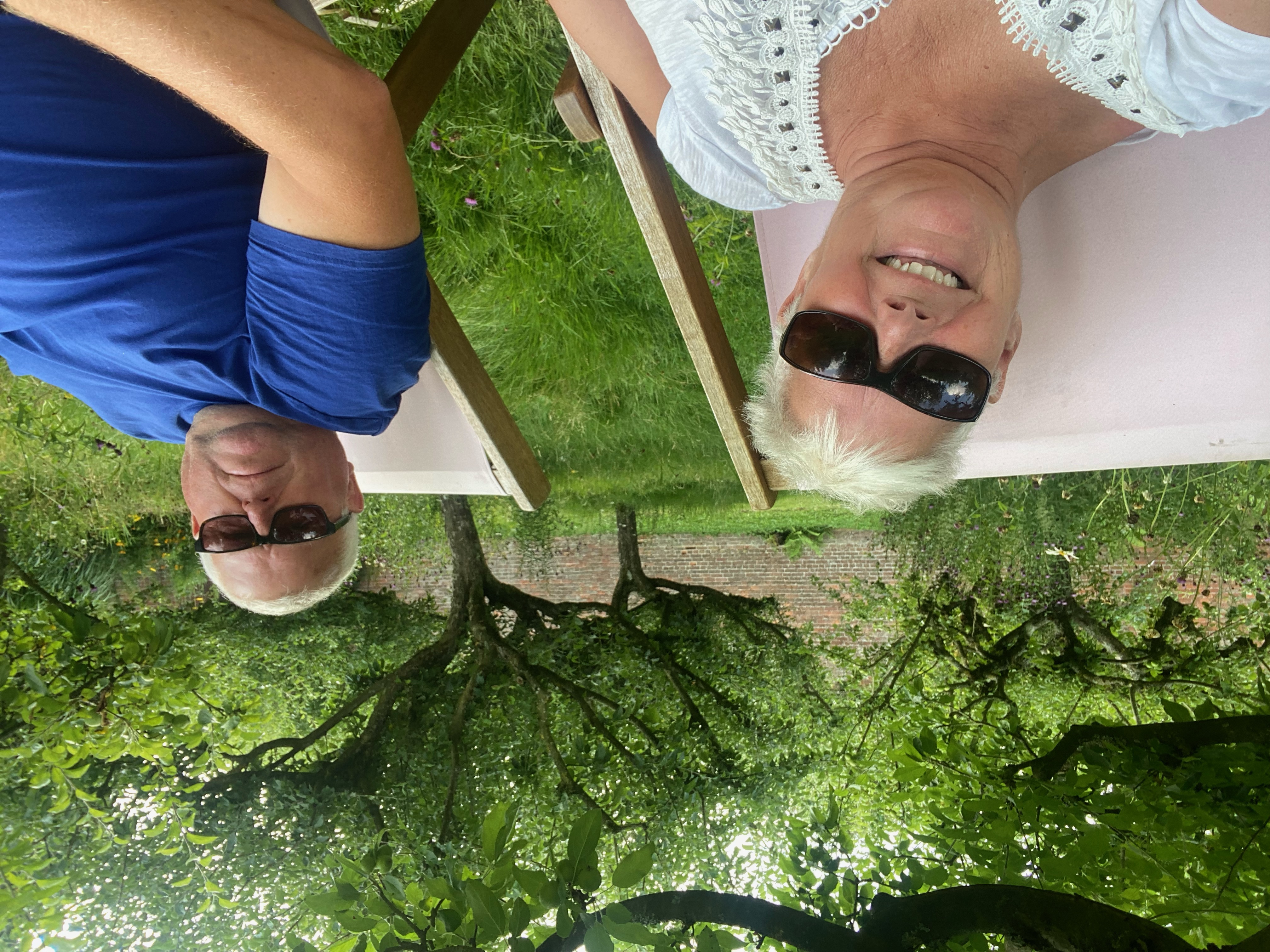