I spotted blood in my stools back in 2011 when I was 51. When I saw my doctor I was told it could be one of three things – colitis, diverticulitis or bowel cancer.

Well I didn’t really hear the first two, I only heard the words ‘bowel cancer’, and I was a bit shocked to be honest. I thought it might be piles!

My GP sent me for a colonoscopy and the hospital found a polyp. It was the size of a kiwi fruit and had been inside me for over two years.

I’ll never forget what the radiographer at the hospital told me, my husband and daughter (who were with me at the time).

He said, “The sample we’ve taken doesn’t look good. I suggest you see your GP.” He never said what it was.

Ten days after the CT scan, I still hadn’t been told what the issue was, or if they’d found anything. I remember standing in my back garden hanging the washing out and when the colorectal nurse called and told me I needed to have an MRI.

When I asked what my condition was, she seemed shocked and said, “What, you still haven’t been told? What did they tell you at the colonoscopy? They should have told you then.”

The nurse, who assumed I had been informed, asked me “Are you on your own now?” I said “no I have my son here.”

She then told me, “Well, you have cancer and it’s in the rectum. We don’t normally diagnose over the phone, but considering you’ve waited 10 days, it’s about time you knew.”

So that’s how I found out - over the phone from the colorectal nurse.

I was given my bowel cancer diagnosis in March at the age of 51. I was told a polyp had turned cancerous in my rectum. On May 9 – the day of my wedding anniversary – I had an ileostomy operation where surgeons removed part of my rectum and joined it up again. They gave me a temporary bag, which I had removed in October that year.

After the operation my surgeon said, “Don’t worry, you’ll be checked for the next five years every six months, and if the cancer comes back, we’ll find it.” I didn’t have any chemotherapy before or afterwards because they said they’d got it all out.

I was checked every six months for the first two years. But then in 2015, I started getting some strange symptoms including loose bowels again.

I had an appointment coming up in September with a colorectal nurse. When I met my nurse I told her about the symptoms I’d been getting and she didn’t send me for any tests at all.

No colonoscopy. No nothing. I felt like I’d been left in a quandary, but I accepted it because the nurse said my scans were okay and my blood test results were fine, so there was nothing to worry about. I thought I was safe. I just thought maybe it was just something I’d eaten.

However over the course of the following year (2016), I had lots of problems going to the loo. I could be walking outside and suddenly I’d find I’d need the loo, and it was like diarrhoea, it would run out of me.

One day I went down to see my son who was studying at Chichester University which is about an hour and a half drive away.

From what I can remember that day was a bit awkward. We went out for lunch and I thought everything was alright. But after the lunch, I could feel my system going mad.

I became a bit concerned so I rang the colorectal nurse again and she said, “You’ve been discharged, so you can’t call us anymore. You need to go through your GP.”

I said, “But I’ve been told I have to be checked every six months for five years. It’s only been three to four years so far.” She insisted that I needed to contact my GP.

At that point I felt completely isolated and deserted, I didn’t feel safe anymore. I wasn’t being looked after by the proper people because my GP isn’t a specialist but the colorectal nurses are.

I wondered why, after what my surgeon had said, had I been discharged within five years, despite being told I’d be checked once every six months for five years.

She later said my scans and my bloods were fine, so I tried continuing with my life as normal. I carried on working, but I’d be rushing to the loo every so often.

I work at a check-in desk at an airport. There were times when I’d be sitting at the desk and I would feel this sudden urge to go to the loo and I’d be in a panic because I can see passengers in front of me.

I knew I would have to quickly serve a passenger and then make a dash to the loo. I got called in to a meeting by my bosses and told they were going to give me a disciplinary.

I broke down in the meeting and they said, “Is there something going on at home?” I told them I think my cancer has come back.

I ended up seeing another doctor who said I needed a colonoscopy after I revealed how many times I was going to the loo (about 20 to 30 times a day).

In October 2016 I received a letter from my GP. It said my blood tests were clear, my CT scan was fine, and my white blood cells were slightly high which meant I was a little bit anaemic. It is also said that I did not have cancer.

But in November that year, roughly two weeks after I received that letter, I was told I had bowel cancer and a tumour.

I’d gone to see my surgeon on the day I received my diagnosis and he’s such a nice man. I remember that his head was bowed at the time and he seemed to me like he was embarrassed.

He said, “Oh my gosh I honestly didn’t expect to see you here, I was expecting to sign you off.”

When I asked him how bad it was he said, “We won’t worry about that. We’re just going to get it sorted for you.”

After I asked what stage it was at, he said they couldn’t say at the moment but that I shouldn’t worry.

When I look back and consider the symptoms I had leading up to that month, I think the cancer may have come back two years earlier in 2014.

But I just put it down to indigestion caused by something I had eaten. I remember going out one time for a pub lunch and ended up in the loo for about an hour.

Because the doctor kept telling me I was all clear, I ended up ignoring it as I thought it might just be an upset tummy.

In December 2016 I ended up having a course of chemo radiotherapy every day for five weeks apart from Christmas day followed by a major operation.

The treatment made me question whether chemotherapy could have stopped the cancer if I I’d had it when I was first diagnosed.

After the chemo I felt normal, I just felt like I was so well and didn’t have any problems going to the loo.

It was so amazing and I thought to myself, “Blimey, why do I need an operation?” However my surgeon insisted it was needed.

After the chemo finished, I had a two month break and then had my entire rectum removed in May. It a big operation that took nine hours and I had to have an epidural and then a blood transfusion after losing two pints of blood.

After the operation I had another round of chemo that I started in July 2017. Later that year I was signed off and given the all clear.

I continue to have check-ups every six months and I’m due to see a colorectal nurse in April this year (2020).

I don’t know if there is a history of bowel cancer in my family as some of my relatives are distant.

My children were tested for Lynch syndrome after I got cancer for the second time. After that two of them had colonoscopies but one of my daughters decided not to have one.

I was later told that as I do not have Lynch syndrome, it means my children are not at as much risk of getting bowel cancer as they would have been if I did.

I feel that I’ve spent most of my fifties with cancer with all the tests, chemotherapy, radiotherapy and colonoscopies I’ve had.

I got help from Bowel Cancer UK’s leaflets and booklets which I found useful. I also see stoma nurses every year.

My advice to anyone who’s experiencing problems with their bowels is to see their doctor and get themselves checked out.

It think it’s very unfair that people who are in their 50s don’t get screened for bowel cancer. It’s why I signed a petition calling for the bowel cancer screening age to be lowered.

I believe the screening age needs to be reviewed. People who are younger are getting overlooked and they shouldn’t be.

I am a positive and happy person but I really do hope I don’t get bowel cancer for a third time!

Last year I helped to set up a support group for people with stomas. It’s called WAMS (Windsor, Ascot, Maidenhead, Slough) and we celebrated our first anniversary in March this year (2020). 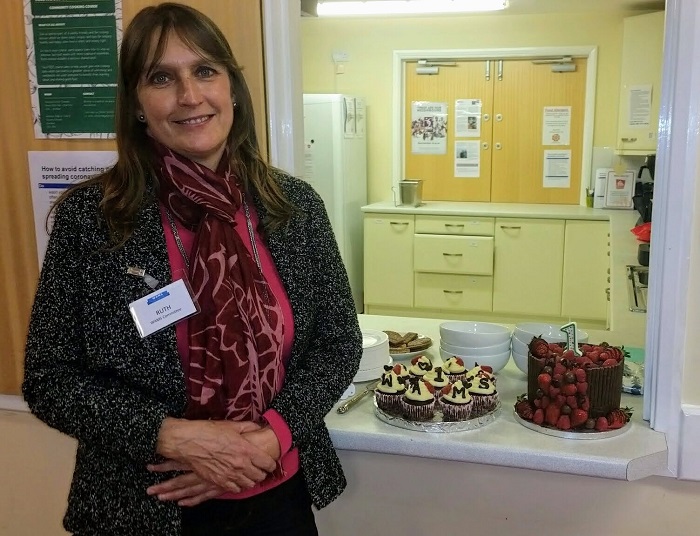 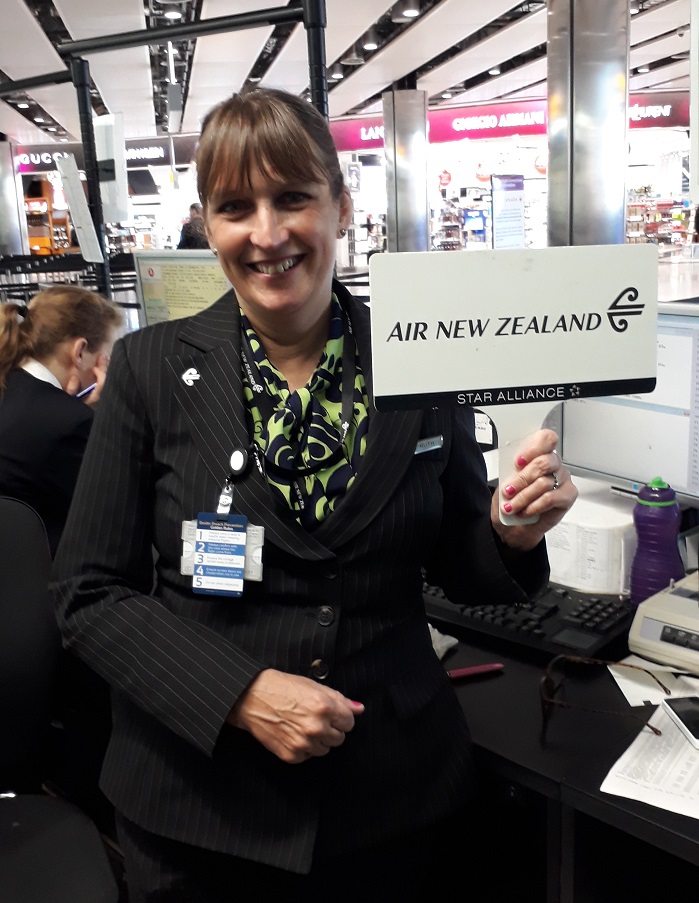