I had no real symptoms prior to taking a routine bowel screening test in early July 2021. I felt fit and healthy and was looking forward to more quality time with my wife following her retirement. Had it not been for the test I would have been unaware of the tumour and it could have developed into a more severe state with less favourable outcomes.

Following the results of my screening test I was given a colonoscopy at the Ystrad Mynach Hospital on 24 August 2021. I had gone through this procedure about ten years ago and no issues were found, so I thought this time would be the same. However, the procedure took much longer and the operator appeared to be focusing on a particular area for some time. After the completion I was aware of a picture on the screen which did not look normal. I was told to wait in another room and the doctor would come to see me to discuss the results. I suspected at this time that I was going to be given bad news. The doctor came to see me and told me he had found a tumour in the colon. I was very shocked to hear this news as my only experience of this cancer has resulted in two people dying. This diagnosis could not have come at a worse time as my wife was due to retire from work and we had plans to buy a motorhome to travel around Europe.

On 13 September I had a meeting at the Royal Gwent Hospital with the consultant who confirmed the cancer and suggested it was a stage 2. My wife was with me during this meeting and we both felt so much better hearing this news which suggested the cancer had been caught early meaning that with treatment the prognosis was very good for the future.

0n 9 November 2021 I was admitted to the Royal Gwent Hospital at Newport and had an operation on 10 November to remove the tumour from my colon. I spent one week in hospital. During this time I was visited regularly by my consultant and bowel cancer nurses who informed me the operation had gone very well and the tumour had been removed. Further tests were needed to confirm if any further treatment was necessary. Although I was in some pain and discomfort from the operation, this was great news and gave me a more positive outlook for the future.

On 30 November I was informed the tumour had been completely removed and no further treatment was required. This was the best news I could have had and I am so grateful for the early diagnosis, care and treatment by the medical profession.

I was very lucky the cancer was diagnosed at an early stage due to the bowel cancer screening programme and the follow up treatment was excellent. In particular I have so much praise for the bowel cancer specialist nurses who quickly got involved and kept me fully up to date with the process from start to finish and were always available to address any of my concerns and inform me during this difficult time.

I have been very lucky on the outcome of this cancer and now have a much better appreciation of life. I will be more health conscious in the future and intend to lose some more weight and tackle some more challenges this year to motivate my road to fitness and raise some funds for charity. 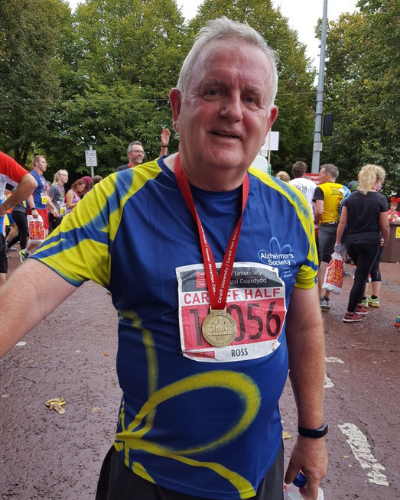 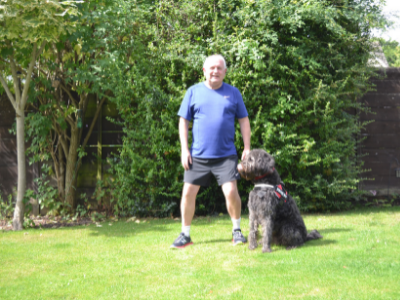