I started noticing I had blood in my poo in November 2016. After a few weeks, I was still experiencing this and so I went to my GP. At first they thought I had hemorrhoids, so I was prescribed medication for this. When this had no effect, I went back to the GP. I was fairly sure I had bowel cancer, as I knew blood in poo was a symptom of this. I told my doctor what I suspected and they explained that although it was a possibility, there could be many other reasons for my symptoms. Still, for some reason, I was convinced it was bowel cancer.

I was given a screening test to take and these results led to my GP booking me in for a colonoscopy. After this test, the doctor took me aside and said he had seen a tumour which he was certain was cancer. However, to be sure, I was sent for CT and MRI scans. After these tests and the biopsies taken during the colonoscopy, it was confirmed that I had a tumour in my bowel and it was cancerous.

Just three weeks later, in March 2017, I was in hospital for surgery. The surgeon removed a chunk of my bowel and also put in a stoma. At first, recovery went well, but after a month I started feeling really breathless and had severe pains in my left side. This was quickly diagnosed as pulmonary embolisms (one in each lung). I was put on anticoagulants for six months.

Luckily, I was diagnosed with stage one bowel cancer and the lymph nodes taken during through my surgery came back cancer free. This meant I did not need chemotherapy. However, as I am was taking anticoagulants my stoma reversal was delayed by three months.

After coming off the anticoagulants, I had surgery in November 2017 to reverse my stoma. Afterwards, it took a while for my bowel to remember what it is there to do, but it did settle down in time. My digestive system will never be as efficient as it was, but even if I had been told this is how it would be, prior to surgery, I still would have grabbed this outcome with both hands.

Looking back everything happened really quickly. I went from my colonoscopy to treatment in three weeks. It was a lot to take on board but I’m so glad it happened this way. The medical team who looked after me were amazing and I always knew I was in safe hands, being looked after in the best possible way.

I am still being monitored every six months and have had annual CT scans (the third and final one is due in spring 2020). I also had a colonoscopy on the first anniversary of my surgery. So far, so good, as all results have been fine to-date.

I do make sure to look after myself. I drink a lot less alcohol than I used to and rarely eat processed meat now. I have also cut down on my red meat consumption considerably. It took a while to get used to my stoma, but I found reading the health information from Bowel Cancer UK really useful in helping me adjust to having a stoma for over seven months.

Apart from more frequent bowel movements, my life has not changed too much. I still enjoy walking with my wife Liz and our dogs, while enjoying the scenery in Highland Perthshire and am delighted to be able to do so. 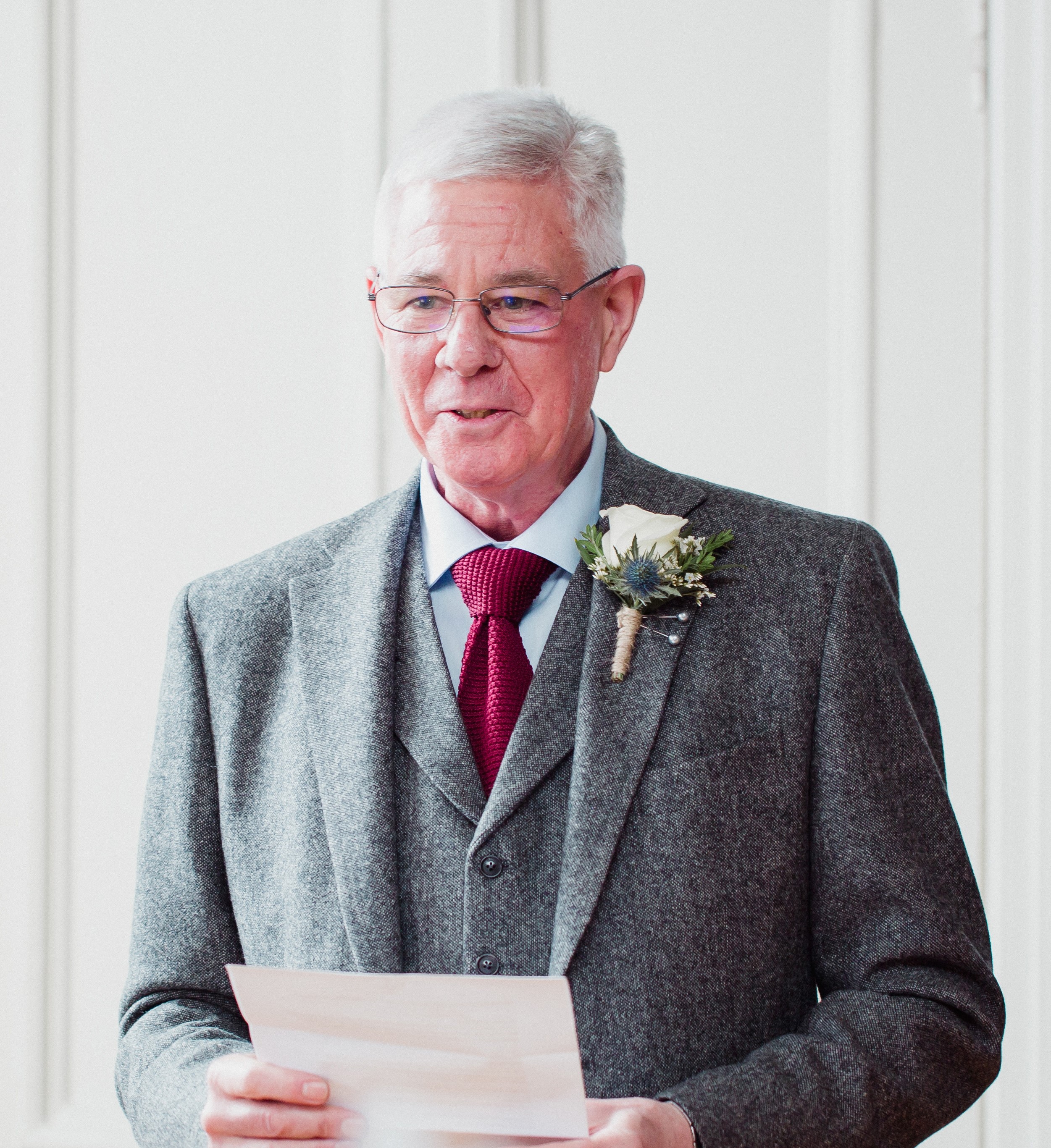 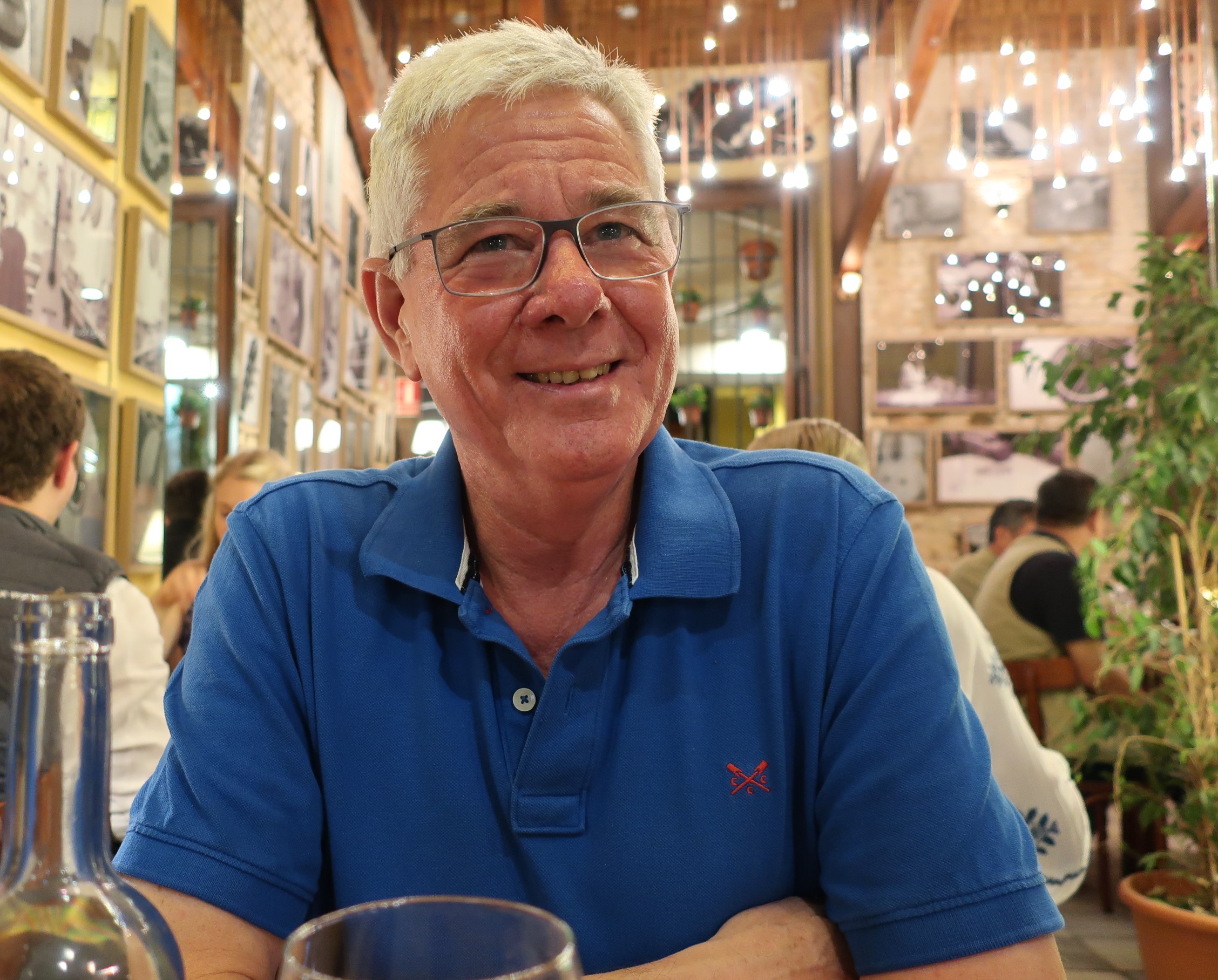