According to the Oxford English Dictionary there are around 171,000 words in the English language. Some long, some short, some in everyday use, others more obscure and specialised. They originate from myriad sources, countries and continents, adopted into everyday use: for example moped from Sweden, bungalow from India, delicatessen from Germany and patio from Spain.

Words can be poetic, inspirational, derogatory and insulting. They can make you laugh and make you cry. They can instill a sense of calm and a sense of dread and fear. One word in particular defines the latter. It is from the world of medicine.

One word from hundreds, thousands of complaints, conditions and diseases. Six letters which create that fear and dread. C.A.N.C.E.R. Cancer. But why? Why especially cancer? Yes, it is a serious condition but so are many, many others. Cancer can be treated, very often successfully. Many more conditions, despite the advances in medicine, cannot.

In 2015 I was diagnosed with rectal cancer. It had shown up during a colonoscopy and the news was later broken to me by a consultant surgeon. I wasn't really surprised. My symptoms of very bad pain, blood loss etc, pointed to it. No, I wasn't surprised at the news nor was I particularly overjoyed. In truth I had been expecting it. I was more concerned about how my sons and the rest of my family would react.

After three cancellations I finally went under the knife for the major surgery, a six hour laparoscopic assisted abdomino perineal excision of rectum along with 23 lymph nodes. My colon was brought out through my abdomen with a stoma. I have a permanent colostomy bag. At first it felt awkward but you get used to it.

Anyway, before the operation the stoma nurse put me through a series of tests including sit-ups and coughing while she tested my abdominal muscles/layout to determine the best place for the stoma to see the light of day. She marked the position with an indelible cross. It was to show the surgeon where to aim for to bring out my colon. I said I hoped he was a good shot. She said he never missed.

The nurse had presented me with a stoma bag to wear at home to get the feel for it. It helped I suppose as it gave me an idea of what lay ahead. The indelible cross was a help but my wife, a matron in charge of cardiology and specialty medicine, wasn’t particularly amused when, for fun, I painted a cross on my forehead. She just looked, turned away and commented: "It’s ok Rick, I had a suspicion your brain was turning to..."

But back to reality. Stoma bag veterans will know there can be embarrassing mishaps, eg where the bag comes away or works loose for some reason with various levels of content but even that becomes just one of those (unfortunate) things. The bag mishaps occur out of sight but certainly not out of mind. It's quite possible you’ll get a whiff that all is not as it should be down there.

However, there are other situations which are more obvious to all within earshot – the unexpected and highly embarrassing evacuation of wind. Commonly referred to as a frat (anagram, four letters, sudden release of bodily gas). As you will have guessed I am no fan of the word.

In my case, and for others who have undergone similar surgery, there is no peristalsis, the sensation that things are stirring internally. In most people who are still in possession of all of their internal bits, muscles can be brought into play to try to control the situation. For me, and others like me, that ability is missing. There is just the sudden sound, the emission of gas which, if you are in company, is, to say the least, embarrassing. It can, however, have an amusing side. For instance, my friends and I were enjoying a drink in the clubhouse after a round of golf when the conversation turned to America.

One of my friends, knowing my mother was born in Montana and lived her early years there, asked what I thought she would have made of Donald Trump. I thought for a moment without wanting to resort to the vernacular and insulting my mum. I had my response in polite terms worked out and started to reply. "Quite honestly, I think she would regard him as a complete..." Yes you’ve guessed. At that precise moment there was large and loud emission of gas, the volume of which even surprised me. There was no disguising it. It wasn't so much a pfft sound, more an explosion. A sonic boom. I looked at my friends who were displaying a variety of shocked expressions. I just smiled embarrassingly and said: "Yes, I think that would sum up her opinion perfectly."

As you have more than likely worked out by now, from the outset of my journey with the Big C I have tried to look for the amusing side of the condition. I think I found it and decided yes, ok, there can be humour in a tumour.

The discovery of this amusing side developed over numerous visits to the hospital for MRI scans, CT scans, blood tests, colonoscopies, sitting in waiting rooms and overhearing countless conversation and comments from other patients. This is not to say I didn't, or don't, realise the sad and sometimes tragic side of having cancer. I was lucky, many more are not. For them I have the utmost sympathy. I have no intention of sounding flippant or not caring. This is my particular experience. My journey.

Over time I realised that where cancer is concerned different people, either consciously or subconsciously, have different ways of approaching the situation they or others are in and speaking about it. This way of talking certainly didn’t manifest itself when the discussions, say in the waiting rooms, concerned things like in-growing toes nails, tooth ache or wrinkles. No, the approach where the cancer word is concerned can take several different forms:

A. Spoken at a normal voice level.
B. Delivered at a lower level.
C. Mimed, as though the word it too vulgar and not to be heard in public.

For example, imagine Simon and Maisie are in a bar enjoying a drink.

Example A
A. Simon: Did you hear about John?
B. Maisie: No, what?
C. Simon: Told me he's got cancer.

Example B
A. Simon: Did you hear about John?
B. Maisie: No what?
C. Simon: Told me he's got (lowers voice) cancer.

Example C
A. Simon: Did you hear about John?
B. Maisie: No what?
C. Simon: Told me he’s got (looks from side to side and mimes word) cancer.
D. Maisie: Oh that is sad. Our dog had that.
E. Simon: What?
F. Maisie: Canker.
G. Simon: No (looks from side to side and mimes word again. Cancer.
H. Maisie: Yes, it was canker. Vet said so. Had him put down.
I. Simon: Dog?
J. Maisie: No vet you silly b*gger. We love that dog.

Well, it could happen and the level of speaking referred to definitely goes on. However, if the example above isn't entirely true, although it is based on fact, this next example is so very true.

A few days after getting home after my operation my oldest son and his family came to see me. I was sitting on the sofa on a horseshoe shaped inflatable cushion trying to get comfortable. As you can imagine, or know, there is a good deal of discomfort to say the least after rectal excision. I hadn't realised but my eight-year-old granddaughter had been told the details of my operation and was obviously watching my struggle to get comfortable.

She walked over to me, put her hand gently on my knee and said: "It hurts doesn't it Pops?" "What would that be?" I asked. She put her arm round me and said: "You know Pops. You know. Your was bum." I had to laugh.

And then there was Suzy, my daughter-in-law. Her innocent comment still makes me smile and her cringe with embarrassment. It was an innocent conversation centred on my wife and I going on a skiing holiday in Lake Louise in Canada. Our departure date was only four months after my operation. The oncologist said it would be ok to miss the chemo for a couple of weeks and then start again on my return. Anyway, I was pondering what I would have to take with me on the slopes every day ie colostomy bags, wipes, disposal bags, camera, wallet and would I have enough pockets for them. Suzy came up with the solution, told me she would get me one for Christmas and immediately realised what she had said and buried her face in her hands in embarrassment. You see she was referring to the special items you can get which you secure around your waist and which have a zip-up holder. They are called bum bags! I said I had plenty and I got them on prescription. We call them colostomy bags.

Anyway, the ski holiday was a great success. I managed to carry all the items I needed on the slopes every day. The downside of the holiday was my wife had to be stretchered off the mountain two days before we were due to leave and I got an infection which put me straight in hospital as soon as we got back.

I got over that ok and a few weeks later was at the bar at the golf club and tried to order a cup of tea. The words wouldn't come out. I was having a stroke. A transient ischemic attack (TIA). Back to hospital but over that ok. Regarding my cancer. I've been signed off by the hospital after five years. No more blood tests, scans, colonoscopies. It was a special moment when I was told. I can't thank them enough.

Just one more thought to finish. I used this observation in a presentation I scripted for a special event for medical staff at the hospital. I explained that undergoing major surgery for the excision of your rectum was obviously a major event in my life, or anyone's life for that matter. But I wondered how the surgical team felt as they looked at me lying before them on the operating table. As they pondered yet another rectal excision was this a major event for them or was it just another day at the orifice! Keep smiling. 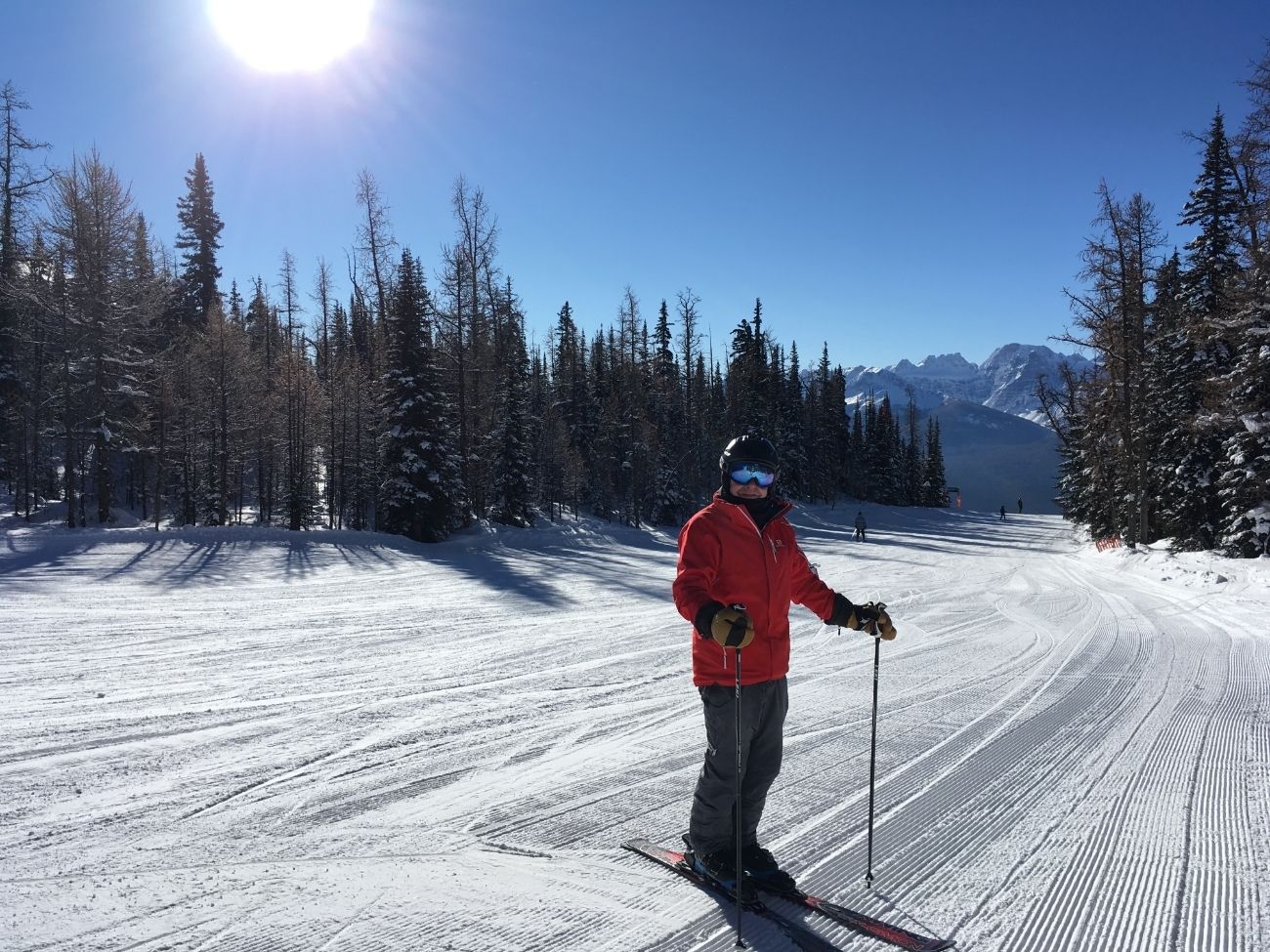 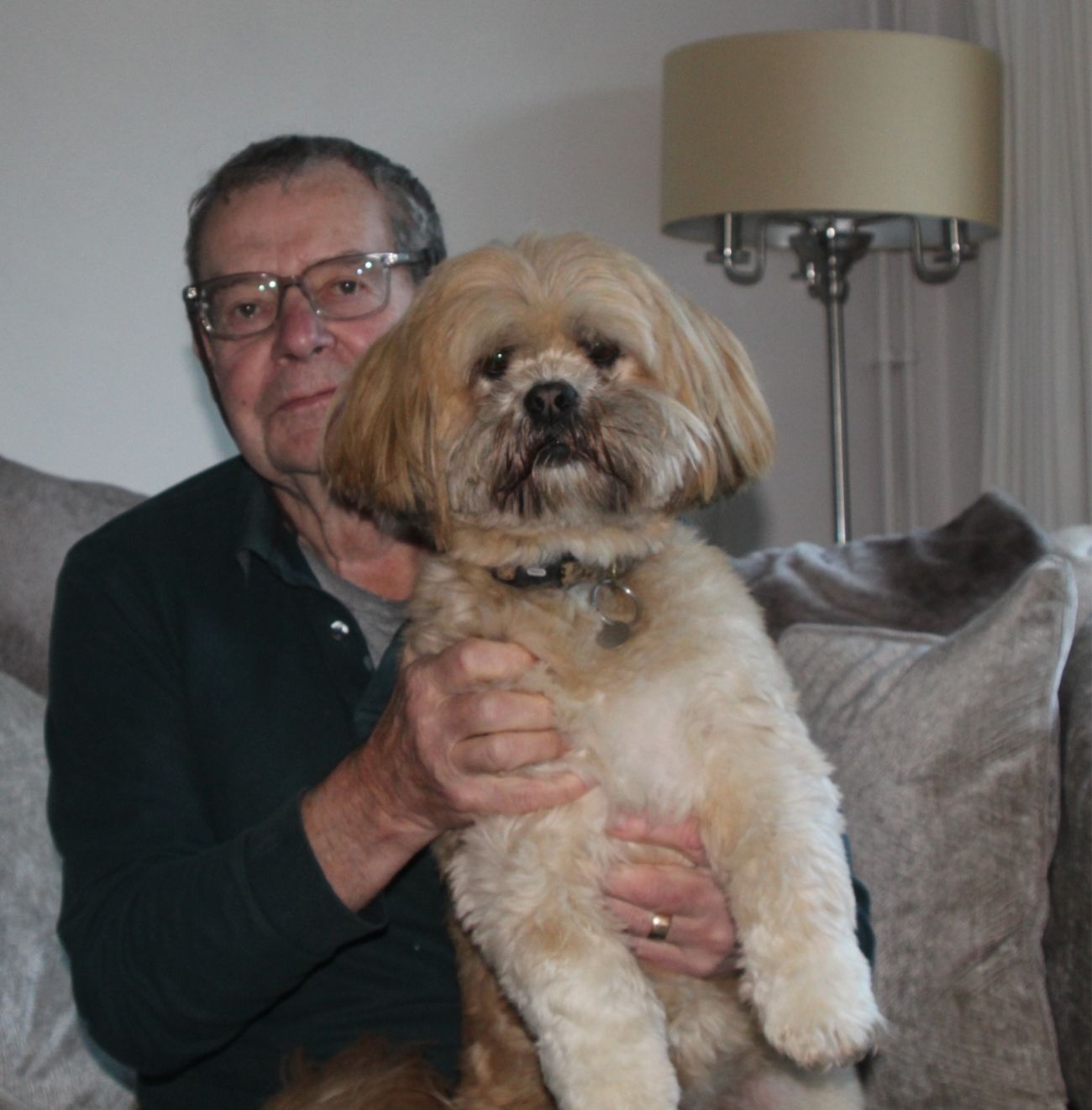 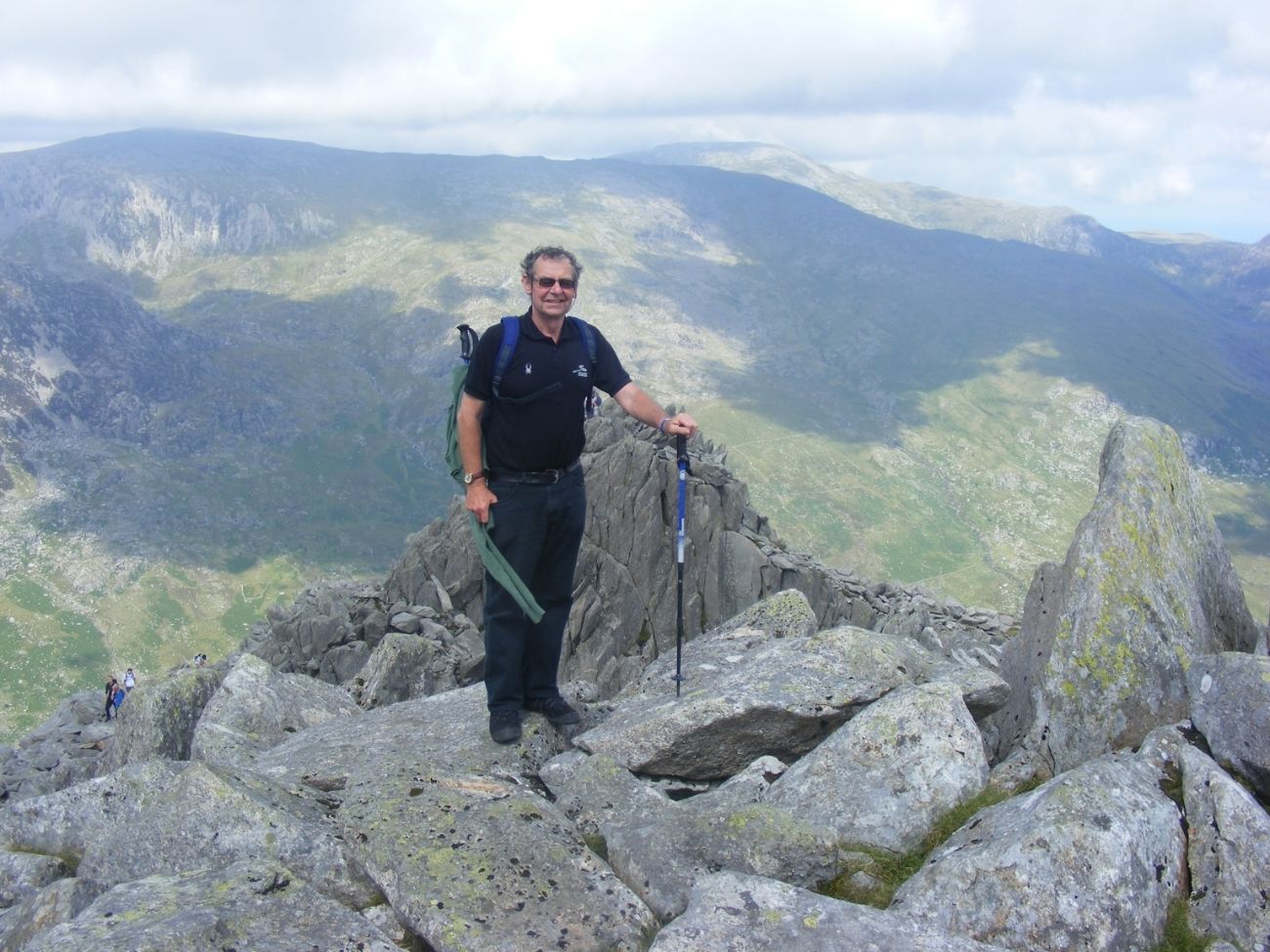