In early 1988, I noticed blood and mucus in my poo, severe weight loss and a lack of energy. I went to my GP four times about my symptoms, which were getting worse. This wasn't a good experience for me, as although I thought these were signs of bowel cancer, they didn't take any notice of my symptoms. The first GP said it was haemorrhoids, the second said I was over-anxious and worrying too much and the third said if the symptoms I had were bowel cancer, then he too had bowel cancer.

The fourth GP examined me at the insistence of my wife and immediately referred me to a consultant. The consultant also didn't think I had bowel cancer, but nevertheless referred me for a barium x-ray. After a specialist examined the results they confirmed a malignant tumour in my bowel.

To help with my negative thoughts after surgery I returned to my love of oil painting, to express my feelings through my art.

I had surgery to remove the tumour in January 1989, which went extremely well. Between being diagnosed and having surgery, I didn't have much time to consider that maybe I wouldn't survive. Instead I was content in that finally something positive was being done.

For months following my surgery, the fear of cancer returning occupied my thoughts constantly. I didn't have any options for after-care, like sharing my fears with others, so I had to seek this privately. I believe that this after-care is as important as the whole surgery procedure, and a positive attitude is very important, if it's possible.

To help with my negative thoughts after surgery I returned to my love of oil painting, to express my feelings through my art. Since then, my life has been extremely good. I now enjoy a healthy lifestyle, full of outdoor and indoor activities like motor-homing, oil-painting, reading and gardening. I've had regular colonoscopies every five years ever since.

Despite receiving such help with fears about the possibility of the cancer returning I fell into chronic depression due to my constant anxiety. In consequence I was prescribed both anti-depressants and tranquilising medication, which although helped somewhat, but left me feeling like a zombie.

One day a dear late friend who knew of my state of being brought along four tins of strong brew beer suggesting I drink some to help raise my spirits. Although I was very apprehensive to do so, I drank some and very soon began to feel somewhat more light hearted. This proved to be a grave mistake for there followed many years of alcoholic abuse. Throughout this period my relationship with my wife suffered greatly. Eventually, one day I faced what I had become and in utter despair not knowing where to turn for help decided to either end my life or try and rid myself of alcohol abuse and dependency on medication for depression and anxiety.

Fortunately I chose the latter and together with help from my wife I achieved my aim some three years later. I now have no need for alcohol or such medication in order to deal with such matters.

My advice to anyone who suspects they may have bowel cancer because of symptoms they're having is to explain this to their GP and if they don't get a referral, insist on one. It could be a life saver. 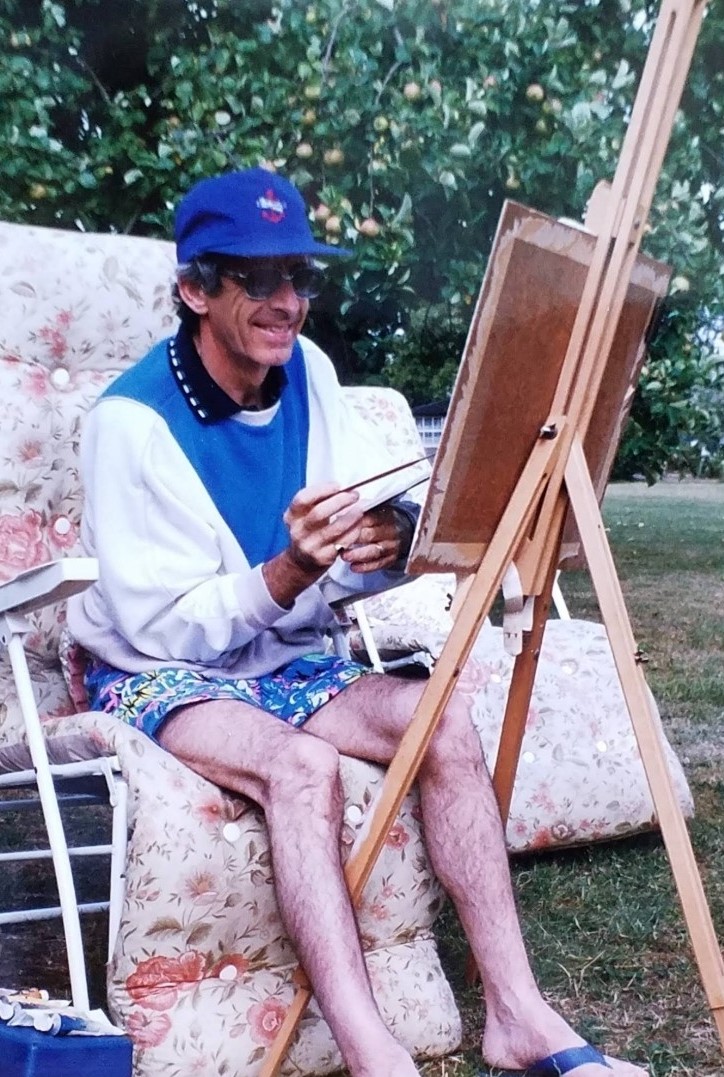 Taken shortly after his treatment.