I was diagnosed with bowel cancer in January 2019.

In January I was feeling a bit run down, the same feeling you get with a winter bug so I went to bed that particular night hoping by the next morning I'd feel a lot better. However when I woke up, I was still feeling under the weather but decided to go to work and hope to work the bug out of me as I have done on many occasions in the past.

By the time dinner time came I was not getting any better, so I went home to go to bed and recuperate about 1.30pm.

During the afternoon on four or five occasions I got up to go to the toilet and I noticed a sharp pain on my left side of my stomach which then abated when I laid down, by around 8pm it seemed to be getting worse so I decided to go to the hospital.

They did all the appropriate tests and put me on morphine to take away the pain, as it wasn't an A&E they could not give me a proper diagnosis but said it's more likely to be my appendix.

I went to Kings Mill Hospital and was admitted at about 9pm, they then checked me over and was later given a scan. That evening I was diagnosed with bowel cancer, the tumor was as big as my fist.

I was told until they could operate they would not know if I would lose half or all my bowel and I may have to have a colostomy bag. I was lucky that I had only half my bowel removed, the tumor caused the polyp to burst, which caused the pain. The surgeon Dr Watson who operated on me was brilliant and told me that if I left it another two days I would not have been here.

I had chemotherapy for six months but this was tablet form only and a preventative measure which I happily agreed to do with no side effects apart from being tired.

After the chemotherapy I went on a clinical trial to see if taking aspirin may prevent the cancer returning. This is a five year trial and I'm not sure whether I'm taking aspirin or a placebo.

When I left the hospital I thought my recovery from the operation would not take me long but it took until the October before I felt that I was back to full heath. The following month I received a bowel cancer screening test and the results came back negative.

I eased back in to work it but I found that my body and stamina could not keep up with the demands and pressure of the job. My body was saying it was time to call it a day so I retired and never looked back. Health wise I'm 100 percent better now. I am very lucky to be here today. 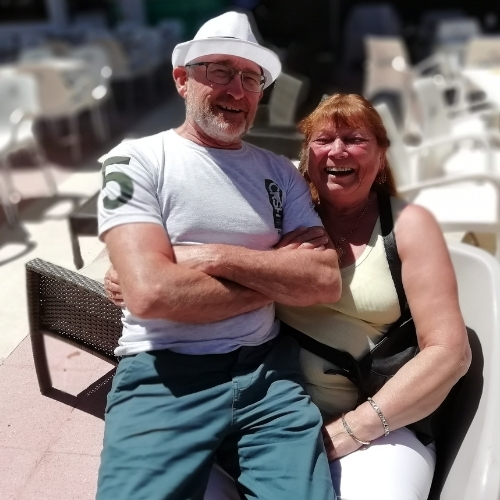