When lockdown started I decided that I should get fitter. A few family members are health care professionals and they were saying to me that a lot of people that were in hospital for Covid were overweight. I wasn't overweight but I knew that I should be healthier. I decided to cycle more and I absolutely love it.

A few months later in September 2020, I received the bowel cancer screening test in the post. I completed it straight away and posted it back. I thought nothing of it, as I did the test a couple of years ago and it came back clear. I was expecting to receive the screening test in June, but due to Covid it was delayed by a few months.

Whilst I was on holiday with my wife, I received a call from the hospital telling me that I had an abnormal result and they'd like to book me in for a colonoscopy. As I was on holiday at the time, I said I'd call them back when I was home. However when we got back, I didn't think that I needed a colonoscopy – perhaps that one time I was straining and that caused a bit of blood in my stool. I decided to ring my GP and ask for their advice. They said that if the NHS is recommending me to have a colonoscopy, I should book an appointment as soon as possible, but I still wasn't convinced. My GP agreed to send me another screening test. This came back with another abnormal result and this time, I booked a colonoscopy

I was a bit worried at this point as I had done some research on the internet and found that it could be bowel cancer. However I also read that a colonoscopy could remove polyps and I was hoping that it would just be this.

It was November by the time I had a colonoscopy. I had to go in on my own due to covid restrictions but once the procedure was over they asked me to bring my wife in so they could discuss the results with us together. I wasn't really with it due to all the sedation they give you but my wife was listening intently. They found three polyps, one was small enough to remove during the procedure, but two were very large and I needed to have surgery to remove them. There was a good chance that it could turn cancerous so I was keen to have them removed as soon as possible.

I had a CT scan on the 21 December 2020, and this revealed there was no cancer in my body, which was such a relief. They booked my surgery in for the 5 January 2021. On the 2 January, I went to the hospital for the pre-assessment and everything was looking good, but the very next day I received a call to say that my surgery had been cancelled due to covid. It was such a worrying time, as I was desperate to have the polyps removed so they didn't turn cancerous.

Taking part in the bowel cancer screening test really did save my life, without a shadow of a doubt if those polyps weren't removed they would have developed into bowel cancer at some point.

The NHS didn't give me another date, so I wasn't sure when it would happen so I decided not to wait and see a private consultant instead. They quoted £14,000 but advised that I did have time on my hands, and that if I hadn't heard from the hospital by April with a new surgery date then I should go private.

Within two weeks of receiving the quote from the private hospital, I'd received a call from the NHS booking me in for an appointment on the 23 February. Unfortunately, my mum died on the 31 January and her funeral was on the 2 March, I couldn't risk not being able to attend the funeral if anything were to happen during the surgery. They agreed they would delay it and booked me in for 3 March, the day after – not ideal but I agreed.

The operation was a success, they were able to remove the two polyps and removed 45cm of my bowel. I was in there for three days, and on the third day the consultant said I could go home. I was so relieved.

I'm recovering well from the surgery, and I believe it's because I was quite fit due to all the cycling that I've done. I'm also rethinking my diet and reducing red meat and alcohol in my diet.

To mark one year from the screening test, I'm cycling from London to Brighton for Bowel Cancer UK. I'm really looking forward to it and I hope to raise a lot of money for the charity. Peter's JustGiving page is here. 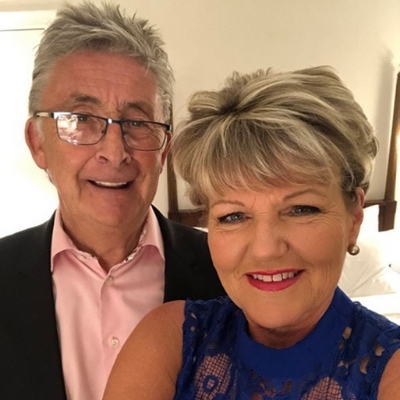 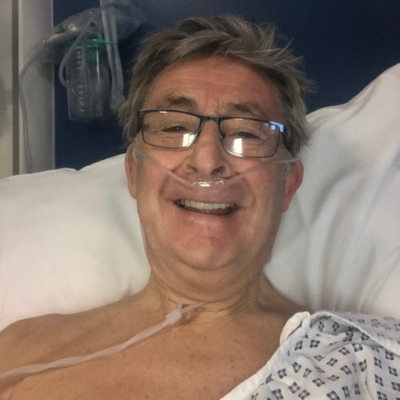 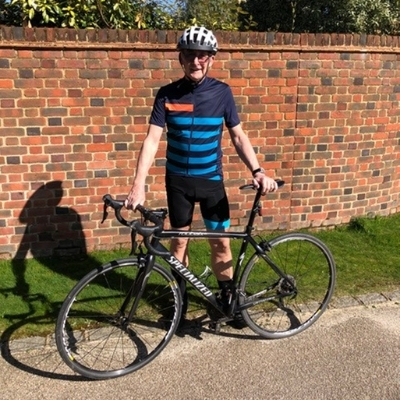