I was diagnosed with stage 3 bowel cancer in 2015. It later spread to other organs, making it stage 4 bowel cancer.

It all started when I had one of those screening tests, which was around the time of my birthday in March.

I sent off the sample and I got a letter back which said “your results have come back all clear. Thank you very much.”

So I immediately thought, ‘that’s me finished with this. I’m alright’. Two years later I received another test in the post.

I thought, ‘I don’t need this. I’ve got a letter that says I’m fine. There’s nothing wrong with me.’

Janet kept on at me and in the end I told her I’ll do it. So I did the screening test again and sent it off and lo and behold it comes back with the response, ‘Dear Mr McKay, there’s been a slight anomaly. Can we have another stool sample please?’

I did a third test, sent that off and I was later told there was something there, but the medics analysing the sample were unsure of what it was.

They arranged an appointment for me to have a colonoscopy and I didn’t think anything of it.

At the time my wife and I had decided we were going on diet. We were going to do a lot more walking and eating sensibly, I started to lose a bit of weight.

My trousers were starting to fit me better, I was quite impressed and I was doing this while I was working fulltime and doing shifts.

I didn’t realise the weight loss could be symptoms until I had the colonoscopy. Afterwards the hospital staff I met with asked me ‘Is anyone here with you?’

I told them my wife was and they told me to call her through. It was then that I realised that something was wrong.

We went into a smallish room with a doctor and a couple of nurses, and my wife and I. When the doctor told me straightway that I had bowel cancer, you could have knocked me over with a feather!

It just went right over my head. After that I just seemed to switch off, it felt like I wasn’t even in the room.

The consultant continued to explain the situation and my wife, who’s a very good listener, listened to every word he said. He told us the hospital might be able to perform keyhole surgery, but they weren’t too sure.

I went to Watford General Hospital in August 2015. I had the operation and woke up back on the ward I was staying in.

The surgeon came to visit me the following day and told me they’d taken everything out and they’d done as much as they could.

He said, ‘We’ve had to take part of your bowel away, but we’ve reconnected it, so you don’t have to have a colostomy bag or anything like that.

I was then discharged and sent to Mount Vernon Hospital to see an oncologist. He arranged for me to have chemotherapy treatment where they put a PIC line into my arm and into a vein in my chest so the medication could pass through.

I eventually went back to work in May 2016. The lads who I work with said, ‘we didn’t expect to see you back so soon?’ They were stunned to see me.

I felt I was okay enough to work and continued with my shifts, but still having regular check-ups every three months, and later on every six months.

I’ve had cancer twice since then – once on my left lung after which I had keyhole surgery to have part of my lung removed. I was in hospital and underwent a four-hour operation. After the procedure my oncologist was pleased they’d caught it in time.

But then in October 2019 I went to see Dr Rob Glynne-Jones (my oncologist) again and he told me they’d found something else. He told me they weren’t too sure what it was, so I needed to have an MRI scan.

A week after I saw Dr Rob I had the scan, and around seven days after that I went back to Mount Vernon to hear the results.

Dr Rob revealed that they’d found something cancerous on my liver. I ended up having part of liver and gall bladder removed on 11December 2019 and I’m still recovering from the surgery and am now on a course of chemotherapy tablets.

So far I have had no bad reaction to them and I’m quite okay. I also know that Dr Rob would bend over backwards to help me.

When I found out about the cancer in my liver in October 2019 - and I was still working at the age of 68 – I decided that enough was enough. I was going to retire from my job as a security worker at the Ministry of Defence and I told my employers my plans.

I’d been doing this job for 27 years and I had to tell all my colleagues that I was leaving. I want to go without a fuss or a leaving party, but I imagine the lads at work might not let me go quietly as I’m the longest serving member of staff there.

I undertook a clinical trial, in October 2015, where I ended up taking aspirin on a regular basis following a conversation with a nurse and Doctor Rob.

The aim was to see if the aspirin would be able to help people with cancer and I’ve been on it ever since.

For me, doing this trial was about giving something back and the results may help someone else 10 or 15 years from now. I really hope someone gets to benefit from this somewhere down the line.

My original bowel cancer hasn’t returned, but I’m still on chemotherapy to deal with what the hospital had discovered in my liver.

In December 2019, after the operation I had to remove part of my liver and gall bladder, my wife noticed that I was looking very poorly.

She took me to my own GP who told me I needed to go to Watford General A&E straight away.IT was then discovered that I had an infection which turned out to be sepsis! I was then sent back to the Royal Free Hospital in Hampstead, London where I had my original operation.

I ended up spending most of December at the Royal Free and I wasn’t discharged until 6:30pm on Christmas Eve. I finally felt like myself again, the antibiotics clearly must’ve worked.

Janet and I spent Christmas by ourselves. We didn’t have Christmas dinner as I wasn’t properly eating yet.

We have two sons and had agreed to see them in the New Year.

I found out my father, who died six months before I got married in 1984, had bowel cancer. He died six years after my mother who passed in 1977.

My dad was very old school and would just refer to it as “tummy trouble” and would insist he was okay. It wasn’t until after he died that my brother told me that my Father had died of bowel cancer.

Then of course my bowel cancer came along many years later - 31 years to be exact.

Since all this has happened I keep a very close eye on my sons and when they reach their mid-40s I’ll be encouraging them to get themselves checked. I have a very positive outlook and I’m always focused on the future for my family and me. 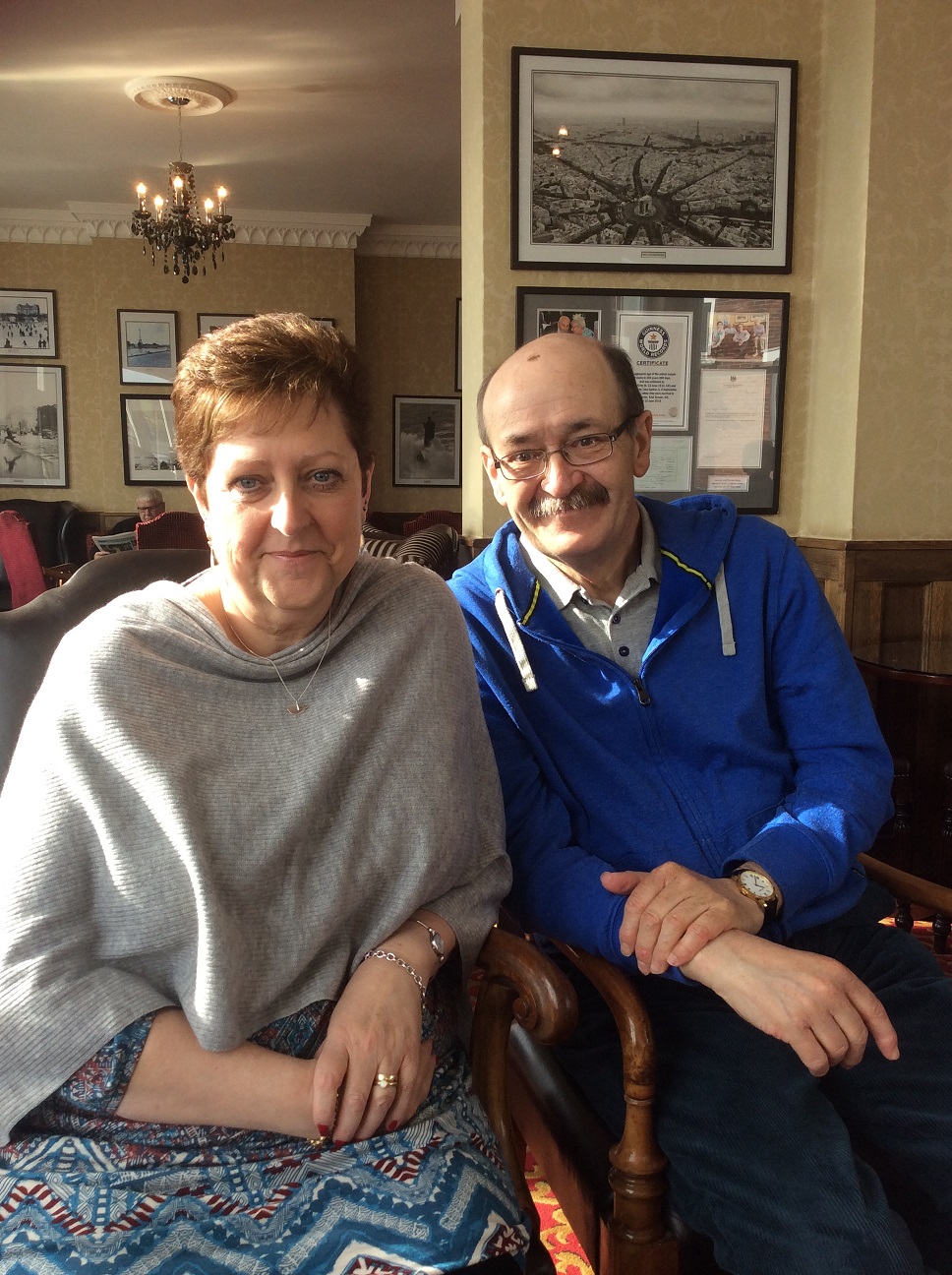