My story starts in June 2020 when the husband of a friend, much younger than I am, telephoned to tell us that his wife had just been diagnosed with bowel cancer. This was a big shock for us all given the circumstances. She has a little girl of 18 months, is a rock climber and loves the outdoors, is a vegetarian and non-smoker!

My husband and I did what we could to support the family and then, because I realised that it was a long time since I had received a home testing kit from the bowel cancer screening service, I rang them to ask for a kit. They told me that the service had been suspended temporarily because of Covid-19 but checked I was on their list and promised to send out a kit once normal service was resumed.

Whilst continuing to live an active life and to take advantage of visits to the country to walk and climb I felt very well, but, because of my friend's diagnosis I thought about the withdrawal of screening services and, at 78 years of age, felt somewhat uneasy about my own situation so decided to examine my own stools on a daily basis. Since I found blood and reddish mucus I got in touch with my GP who arranged various telephone consultations and tests which eventually proved that I also had bowel cancer!

I know that I have been extremely fortunate. Scans suggested that the cancer hadn't spread, a surgeon got in touch since he had received a cancellation for an operation the same week the politicians decided that patients need no longer isolate for a fortnight between a Covid-19 test and operation (it was shortened to three days).

The surgeon arranged for me to have all the pre op tests the same day he examined me and explained what he intended to do within about a week. On September 4 I had the surgery and he removed not only the tumour and part of my colon but, since he discovered that a previous surgeon (who had performed a hysterectomy around 40 years ago) had left my ovaries behind upon which cysts were now growing and could turn nasty in future he whipped those out as well and sent several biopsies to the lab.

Since then I have had superb care from my surgeon, hospital team (and husband Andy who has been my carer, shopper, cook and bottle-washer, laundry man and cleaner!).

My support nurse on the colorectal team rang me for a progress report and told me the results from the lab were as good as they could possibly be. Since there was no evidence of cancer on the biopsies taken on cysts, ovaries, lymph glands, blood etc. at the moment there is no need for me to have chemo or radiotherapy. Monitoring will take place via six monthly CEA blood tests which have been found to be successful in monitoring any pre-cancerous activity. Researchers have found that high levels of a protein (CEA) found in babies developing in the womb can highlight the existence of emerging tumours in adults.

I had the first of these blood tests at the end of October and learned that at 2.6 this is well within the limits of a normal rating. Should it go above five then further tests will be arranged.

Apart from one little 'blip' which caused problems for around six weeks, I felt so much stronger that I felt I ought to start walking outside. Not having strayed far from a loo for several weeks I felt I needed to push myself to go out to boost my confidence.

Since I haven't driven for at least three months because it will take so long for my innards to heal, my husband drove me to a local park and we sauntered round the paths for half an hour in my 'outdoor' trousers which I then wore for the rest of the day. It was so nice to be out of pyjamas!

It was only at night when I undressed that I realised the tighter waistband on my outdoor trousers had badly chafed the area from where my stitches and clips had been removed. This had caused my scar to open fractionally and, although I put a sterile gauze dressing over the wound, it somehow became infected so I had to have three courses of antibiotics to get rid of the infection. I thought I was mending well since I'd had three nights without discharge but then my wound opened up yet again so I agreed to make regular visits to see the practice nurse until I had fully healed. I'm sure you'll appreciate that I now am very careful what I wear around my waist.

It is now over four months since my operation. I am much stronger and back to voluntary work and activities that were part of life before lockdown. Since my husband became so used to cooking during my recovery we now take it in turns to cook our main meal.

Given all advice in the Bowel Cancer UK booklet, we have limited our intake of red and processed meat and I'm aiming to walk at least two miles each day, and hope to increase this when lockdown is lifted and the weather improves. Perhaps my biggest problem is trying to avoid home baked puddings and cookies. As a Type 2 diabetic I know I shouldn't be indulging myself with these but given more time at home and trying to find activities I can do inside that involve standing up, baking is a big temptation. Perhaps the answer is to bake items for other people and allow myself a taste of these as a treat for abstinence? We also make sure we have plenty of fibre and our daily five portions of fruit and vegetables.

I'm very thankful for the continuing access to my support nurse on the colorectal team. We have dates for future consultations in our diaries but I know I can approach any member of this team in the case of need. I found that the Omeprazole tablets prescribed for anti-acid seemed to instigate painful wind in my back passage so I have been told I can replace these with another brand if needed. I am still getting used to having a shortened colon but am advised that it can take up to a year before patients become aware of what is their new normal.

I am now raising awareness of Bowel Cancer UK in the circles to which I belong. I have written to everyone on my Christmas card list and was surprised to learn that two or three had allowed their screening appointments to lapse because they didn't feel ill! Happily they have now returned their home-testing kits to the screening service without any ensuing problem. One relative heard this week that the bleeding she is suffering is a result of polyps rather than any malignancy which serves to remind me that all such symptoms don't necessarily result in cancer.

One of my commitments involves reading the news for blind people who receive a stick each week they can insert into their computer in order to listen to items of local interest. Since I realised that my story might have ended very differently had I not been able to see, I have written an article for reading next week that I hope will remind people with visual impairment of the need for regular screening, of the need to discuss any changes in bowel habits that are otherwise not explained with their GP with a reminder that any symptoms need not necessarily result in cancer but that the sooner these things are dealt with the sooner one's mind can be put at ease.

I'm grateful to all the NHS staff who have helped me on my way and to the Bowel Cancer UK website for the information it provides.

I suppose the learning point for me applies to most people. Even if we are active and look after ourselves we are not immune from bowel cancer but every day for me is now a new day because I feel I have been given a new lease of life. It's what I do with it that matters. 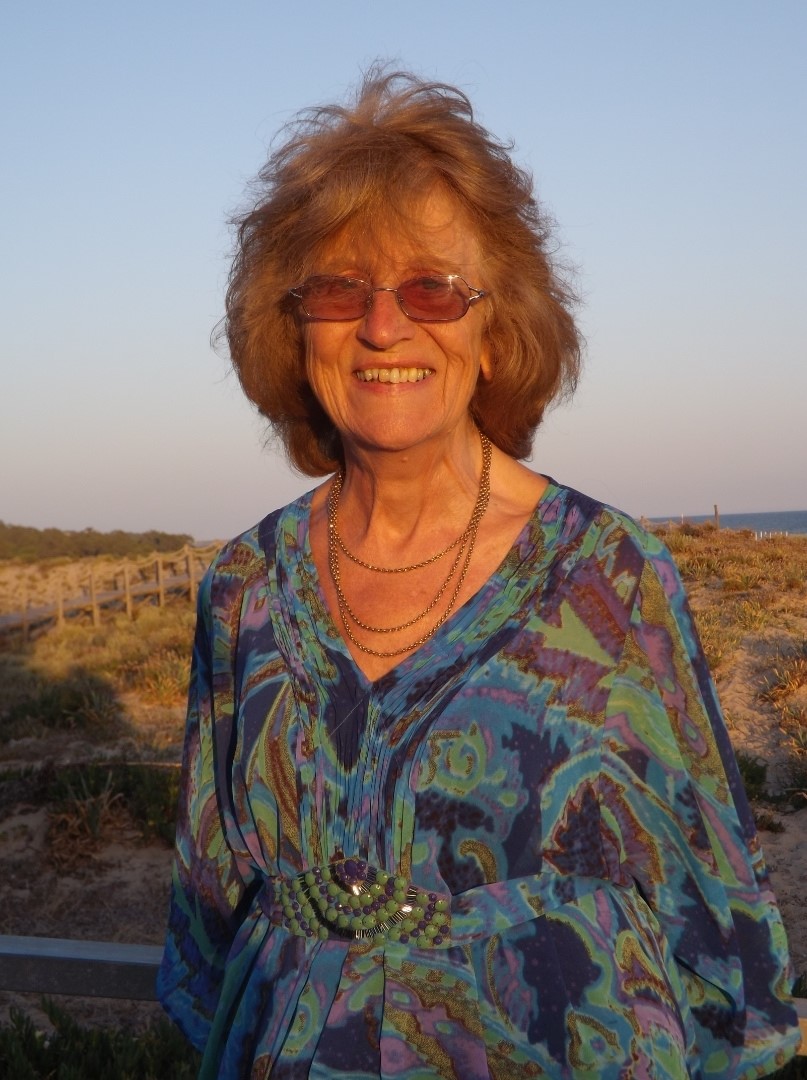 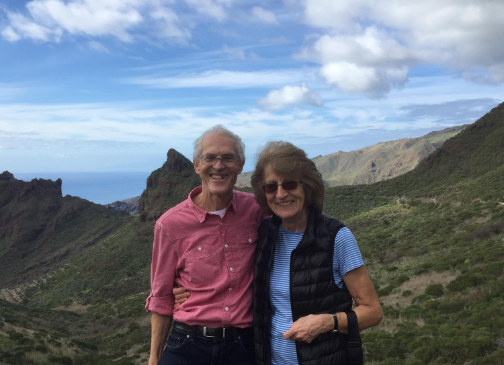 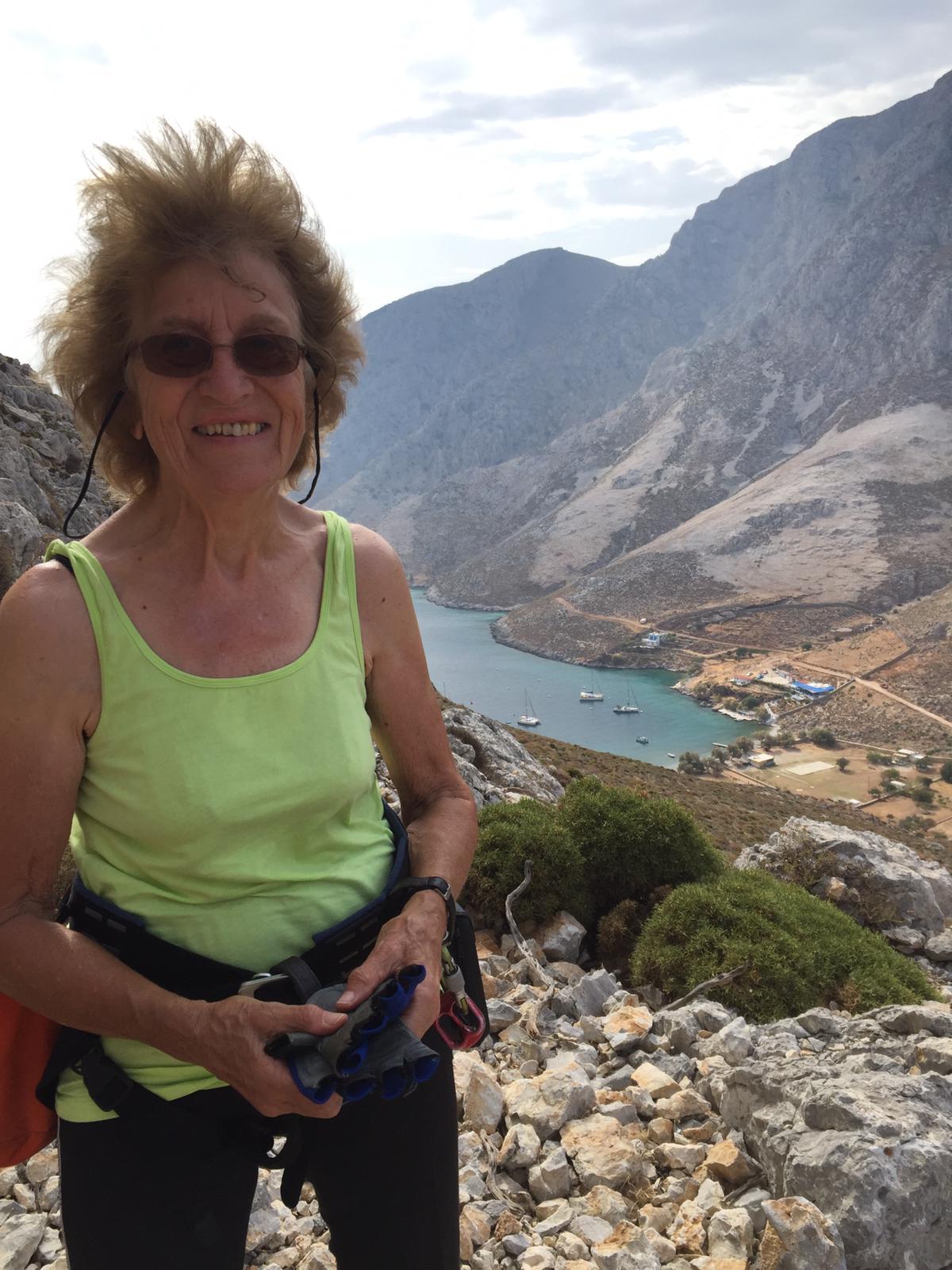