I was diagnosed with bowel cancer in December 2020, aged 62.

I received my first bowel cancer screening test on my actual 60th birthday. Like a fool I put it away to do another day – please don't do this!

Two years went by and a new kit arrived. This, I returned the same morning. A few days later I was notified of a positive result. Mortified, I had a hospital appointment followed by a COVID-19 test and colonoscopy. They found a tiny polyp and removed it. So far so good, I thought.

Further down my colon, what I took to be another, larger polyp turned out to be a tumour. This was tattooed and biopsied but left in place. I was surprised how painless and straightforward the procedure was. I was left a while to clear the sedative, then had a chat with a specialist nurse, who told me the 'good' news!

Good in that it had been found early, and was located in a handy spot for a routine operation to remove it. I left the hospital feeling very mixed up.

Telling my immediate family and friends was difficult but I received tremendous support from them all. I was determined to make the best of the situation, so set about getting fitter by walking and cycling, and doing a programme of core strength exercises. Going in to treatment fit must help, I thought.

Next was a six week wait due to COVID-19 delays at the hospital. During this time I had CT and MRI scans followed by an appointment with the consultant. He was super positive, talked to me in plain terms and explained that the plan was to operate laparoscopically, removing a foot of my sigmoid bowel area, together with all nodes, blood supply and fatty tissue.

I was aghast, thinking a simple snip with a bit of extra for luck would do it. Not the case, he said. This operation (high anterior resection) was a standard procedure and always follows a well-trodden path.

With the help of a sketch, and my questions answered, I went home into strict COVID-19 isolation to await my date. At this point, I did all the usual stuff, packing and repacking my bag, getting new PJs online and wondering which books to take. I needn't have worried. I spent three days in hospital being cared for magnificently by the Royal Stoke consultants, doctors and nurses.

No time to read. Observations, pills, meals, visits by doctors left only time for naps. I was up on my feet the same evening after my surgery. Having promised the specialist nurse, I shuffled round the ward as much as possible to fend off clots and pneumonia, which are possible side effects after surgery.

I hated the catheter, couldn't eat more than an odd yogurt and have to admit my abdomen was very uncomfortable. Not painful, just not happy. I discovered why on the evening before discharge. A huge expulsion of trapped wind left me feeling as though walking on air, and I had a great sleep, followed by a visit from my consultant the following morning. He told me everything went to plan, examined me and signed me off for discharge.

No driving for six weeks, keep exercise down to walking only for four weeks, followed by slowly returning to normal levels of exercise after six weeks. No heavy lifting AT ALL. I had to self-administer anticoagulant injections for a total of 28 one-a-day jabs. I used my free pass once to get checked over as I was constipated for a couple of days. No problem. A bottle of laxative was prescribed and one dose did the trick.

Four anxious weeks elapsed till once again I was sat down with my consultant. Great news! Tests showed no spread, and good healthy margins on the removed bowel.

The tumour was larger than originally thought, so I was upgraded from stage 2 to stage 3. I left in a happy daze, and fully three days elapsed before it all sank in. I was cured! No chemotherapy. No radiotherapy. Now I could give the happy news to family and friends.

Despite COVID-19, I have been treated in good time, and with the best possible care. I have nothing but praise for all the staff I encountered at the Royal Stoke from start to finish. I feel a very lucky man.

Do the screening tests. Eat more fibre, fruit and veg. Exercise more. These were my consultant's words as we parted company. I am following his advice, looking after myself and looking at life differently now.

Stuff I used to worry about no longer bothers me like it once did. My bowel habits are taking a bit of time to settle down, but this is not giving me any real problems. Had second COVID-19 jab now, and am feeling very positive about the future. It's a little known fact that 1 in 15 men will get bowel cancer. Take it seriously, and if affected don't panic. Caught early it's very treatable. 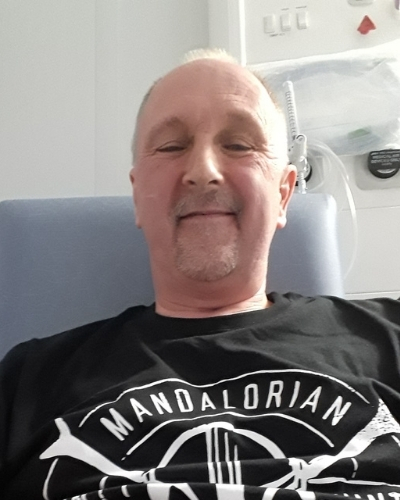 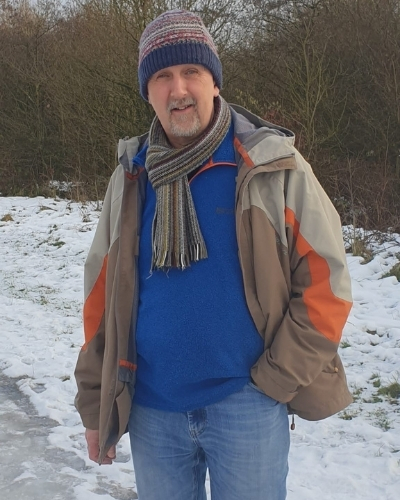