I'm a very fit woman for my age and I work out for two hours, five times a week. I started having problems some time ago that my doctor put down to piles and constipation. Then on 3 Feb 2021, I woke up with pain which went on for some time and felt like a contraction you would have if you were giving birth. I had some scans and bloods done and was told I was fine and everything looked perfect.

I told the doctor that I had now lost a stone weight because I couldn't eat anything and she said I probably needed an endoscopy, but because of Covid, I would have to wait a long time to get an appointment. I knew I couldn't wait because I wasn't able to eat, so I decided to pay for it privately. The doctor who carried out the endoscopy said everything looked fine, but I should have a CT scan. Luckily, when they did the scan, a condition turned up called intussusception, where the bowel overlaps. The condition is incredibly rare in adults and the doctor said he believed there was a tumour that was causing it. They said I would need a colonoscopy to confirm this.

I had to go to my colonoscopy appointment, which was over the Easter weekend, alone due to Covid. Once it was finished, they took me into a little room and told me that they'd found an 8cm tumour and it was malignant. I asked the doctor how he could know it was malignant if he hadn't tested it and he replied that he'd seen enough of them. That was like someone hitting me with a massive concrete ball. They handed me a slip of paper with the colorectal cancer nurse team's number on it, but told me not to call until the following Friday as they would be busy because of the bank holiday weekend. I was so scared.

I went into hospital to have surgery on the 12 April, which they did robotically and took about six hours. They removed a metre of my bowel, which they said had been dead for a long time, and that's what had caused the overlap because my bowel was trying to work to push the faeces through. I came out of the hospital two days later.

I'm a walker so I kept going out for walks after my diagnosis and I wanted a challenge, so the week before my surgery I decided I was going to walk 50 miles to get fit before my operation and also to raise money for Bowel Cancer UK. I raised £1,180 in a week. The challenge made me operational fit so the day after I got out of the hospital I went back out walking again and raising money. I'm still continuing to raise money for the charity now.

I got the results of my tests back a couple of weeks after my surgery and they found that there had been no spread, and none of the 27 nodes they had taken were cancerous, so now I'm cancer free and I don't need to have chemo. I am still waiting to find out if my cancer was genetic or not.

I want to put my story out there and be an advocate for bowel cancer. It's important to know that although bowel cancer can kill you, not everybody dies from it. You can live a normal life after bowel cancer, and I'm proof of that. 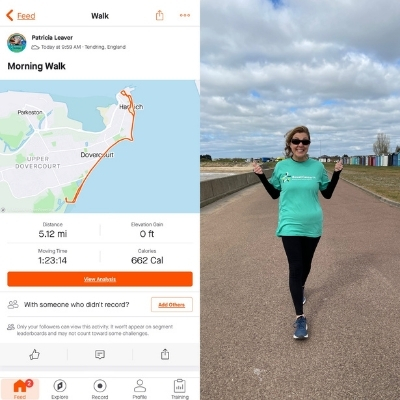 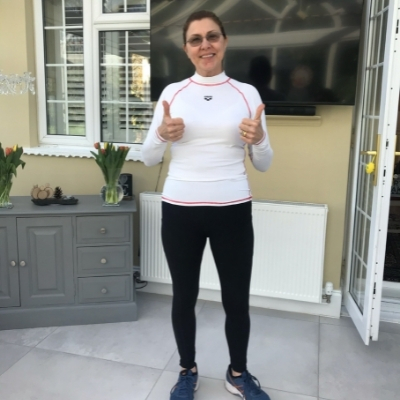 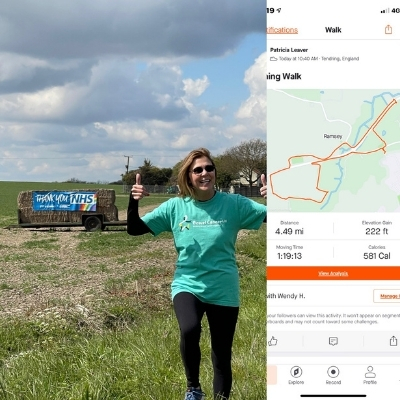