I have suffered from irritable bowel syndrome (IBS) for many years. Symptoms were constipation, bloating, spasms both stomach and back passage, exacerbated by shift work and night duty in particular. In the morning after night duty my stomach would have been hard and distended. I couldn't go to toilet for five days and then had a terrible urgency to go.

Late September 2019 I returned from holiday in Majorca and within a week I was having indigestion and burping frequently. I phoned the GP and she questioned my lifestyle, like my diet and alcohol. She prescribed medicine to decrease the amount of stomach acid.

The symptoms increased even with numerous antacids being prescribed by the GP. During the next few months the symptoms gradually worsened and progressed to vomiting first thing in morning undigested food from previous evening meal. I then stopped eating an evening meal to avoid morning vomit before work.

The GP requested an ultrasound scan to rule out gall bladder issues, a helicobacter test and bloods one of which was to detect ovarian cancer. I was at my wits' end and decided to book a private appointment with a gastroenterologist. He could see a swelling on the right side of my bowel but he thought it was poo. He also said he didn't think my stomach was the issue but if we got my bowel sorted out the rest would improve. He kindly said he would treat me on the NHS, if my GP referred me, and would try to fit me in for a colonoscopy in January 2020.

In December the helicobacter results were positive and I had treatment for that. The CA levels were negative so I was relieved. I do remember the morning I had my bloods taken by the treatment room nurse and I asked was I being tested for cancer and she advised me only ovarian. She told me I didn't look well and I laughed and said this is me without makeup I'm always a bad colour.

Work was becoming increasingly difficult and I went off sick on the 23 December. I thought maybe a break from work would do me good and put all thoughts of cancer at the back of my mind.

Following the helicobacter eradication treatment the symptoms persisted and actually worsened nausea, loss of appetite and vomiting became intolerable over December and early January. To the point that when I went to a wedding in Edinburgh on 29 December I was only managing a teaspoon of Rice Krispies in the morning and I even vomited that up as the bride was coming into ceremony.

Keith and I left the wedding and flew home to Belfast and went straight to A&E where I was prescribed stronger antiemetics and referred urgently to gastroenterology for a gastroscope. This showed nil other than improving stomach inflammation from helicobacter.

I hadn't heard from the gastroenterologist about an appointment for a colonoscopy and rang his secretary many times throughout January but he had no slots.

By this stage I was very low and worried as I couldn't get to the bottom of the problem and help seemed impossible to get. I had now lost a stone in weight due to not eating. On 16 January I made another desperate call to the GP when I suggested maybe going to the toilet would help. As I talked to her, I realised that it had been weeks since my bowels moved. I assumed with no food and flat coke there was nothing there. She said I urgently needed to go to A&E and wouldn't prescribe me anything as I may have a subacute bowel obstruction.

The A&E doctor wasn't very understanding as he just said my GP should have treated me. I begged him not to send me home as I knew it was something serious. He admitted me, I was given fluids, three enemas to help movement in the bowels and put on a waiting list for a CT scan.

Friday and Saturday morning the medical team had discussions outside my door around getting my bowels to move. When I asked the doctor if he knew my history he said "what history?" and shrugged as if it was irrelevant.

3am on Sunday morning I woke up with awful meaty taste in my mouth and thought I haven't eaten and then my bowel contents came out of my mouth known as faeculent vomiting. It was truly distressing but I do know that this is the point I finally felt I was noticed and began to be heard for the first time.

Everything then went into fast forward. The next morning I had a CT scan. Just as I arrived back to my room, a doctor arrived looking very panicked and announced I had a large tumour and would need surgery immediately.

Although my husband was in shock, I was relieved as I was finally going to get treated. I was moved to a surgical ward that afternoon. The next day I had surgery, by the best surgical team. They removed 25 lymph nodes and my ascending and part of my transverse colon, fortunately I didn't need a stoma.

I left hospital seven days after surgery and was advised when the histopathology results came through I would be called. That was a long wait as I felt if symptoms are advanced it usually means the cancer can be advanced. I was prepared for bad news and was relieved when it was stage 3.

The chemotherapy was difficult at times but my family and friends were so supportive I got there. I am so grateful to the surgical and gastric team in the Ulster Hospital in Dundonald.

They have been truly wonderful and I am now being followed up quarterly.

Looking back it seemed obvious that I had cancer. I am a healthy 57 year old and have physically recovered very well but my head is taking more time to adjust. I have been told the treatment was curative but I'm not sure what that means or how we can know this. COVID-19 has led to phone call consultations and chemo on my own as my husband wasn't able to sit with me.

Earlier this year I had a colonoscopy and that was all clear, and I'm about to have a CT scan.

But I do feel great. I have energy, appetite and am truly thankful to my caring family and friends. Also I've had a chance to see life can take a curved ball and should not to be taken granted.

Keith, Pamela's husband says: For a long time Pamela was worried it was cancer, but the experts said no, maybe you do know your own body best. It was a strange kind of relief being told of the tumour, after years of not feeling great and then the desperation and fear of being so very ill with no explanation, now a solution was in sight. It was a blur of activity, emergency surgery, chemotherapy, getting fit both physically and mentally. They say what doesn't kill you makes you stronger, that's surely true of Pamela, more energy than ever, new hobby of stand-up paddle boarding, radiant again. So many people to thank for saving her. 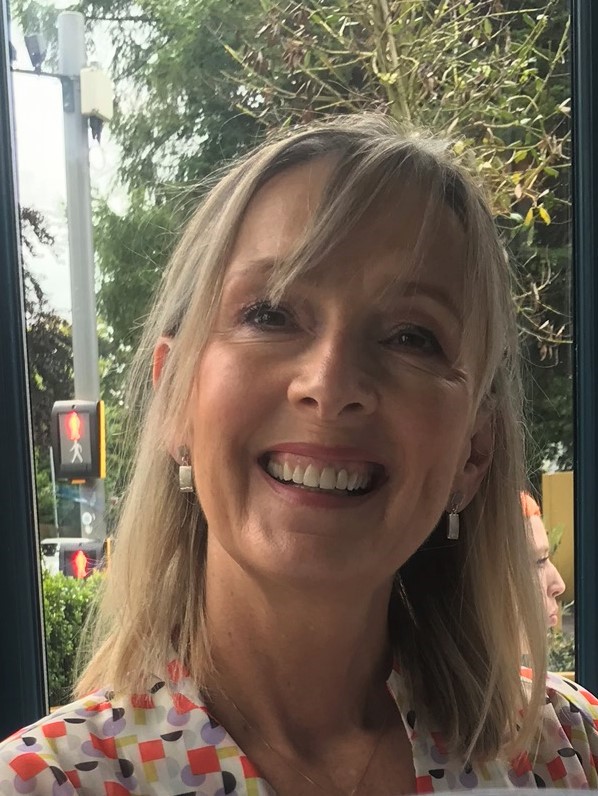