I was diagnosed with bowel cancer but I was lucky. You’re probably thinking that’s a strange introduction to my story, but when I explain it, you’ll see that I am indeed lucky.

Back in October 2019 I hit the grand old age of 50. I celebrated with friends and family and without a doubt it was one of the best birthdays I’ve ever had.

A few days after, the bowel cancer screening test landed on my doorstep. I have to admit I was a bit nervous about doing the actual test, but it only lay about for a couple of days before I did it and sent it off. I was surprised at how simple it was to do.

A week later, my wife and I came home from a nice long walk to find two letters waiting for me: one revealed that the test had come back positive and the second featured a date for a colonoscopy – Monday 25 November 2019.  I must admit even though the chances of it being cancer were still minimal because I didn’t have any symptoms, thoughts of the disease pretty much stuck in my mind for the rest of the day.

Over the coming weeks, I persuaded myself that as I had no symptoms of bowel cancer that it was something else. ‘These tests are very sensitive,’ I read time and again.

The day before the test, I had to stop eating at 9am and fast for the rest of the day. This involved also taking a laxative at 4pm and 7pm to clear my bowels. I could drink coke, tea and coffee and that was it. To be honest, it wasn’t that bad. My appointment was at 8am, the following day.

We drove to Ninewells Hospital in Dundee and I had my bag packed with a dressing gown and slippers as we would be there for a wee while.

At the hospital, I lay on my side and could see the monitor and indeed the scope as it moved up through my bowel, slightly uncomfortable but nothing compared to what I thought it would be like.

As the scope was pulled backwards, I saw it! The doctor said it looked suspicious and proceeded to take a biopsy and tattoo the area for the surgeon. Whatever it was, it had to come out.

The greatest shock came when my wife and I were taken into a side room. I saw the report the nurse had and even though it was upside down, I read these words: colorectal cancer. BOOM, my life stopped!

Cancer, I have cancer! It was there in black and white, a two centimetre tumour located in the sigmoid colon. I don’t think the shock set in until we walked out of Ninewells. It felt like forever to get to the car, all I could repeat in my head was: ‘I have cancer’.

We spent that afternoon and the following day completely numb, did very little and then had to start telling family and friends. Obviously, my next anxiety loaded questions were: Had it spread? Could it be cured? Will I need chemo?

While we did very little, it was quite the opposite at Ninewells. The following day - Tuesday 26 November - I received an appointment for a pre-operation assessment; it hadn’t even been discussed, but the wheels were in motion.

The day after, I received a call to have a CT scan done on Friday 6 December at Perth Royal Infirmary. All this activity started to make me feel slightly better. The nurses in Dundee had also given me a number to call them on if I had any problems.

I decided not to Google stuff, but read health information on Bowel Cancer UK’s website, which provided brilliant and accurate details. On Friday 13 – which is unlucky for some – one of the colorectal nurses phoned and told me that the scan showed that the cancer had not spread.

I can’t explain how it felt hearing that news. On the same phone call, I was asked if I could visit the hospital that day and meet my surgeon, with a proposed date of December 19 for the operation.

My wife and I headed off to Dundee as soon as we could, to meet with the colorectal nurse and the surgeon. That afternoon, a discussion took place about what would happen next. I was to have an operation to remove the tumour with a good margin, lymph nodes and a blood vessel that connected into the aorta.

The operation would be about two and half hours long and it was likely to be keyhole surgery, unless problems were encountered and then it would be open surgery. The operation would be ‘curative’. You have no idea how good it was to hear that word. My head still wasn’t in a good place with this, but knowing that after the operation the cancer would be gone, kept me going.

Just to let you know, I’ve never been in hospital as a patient; I have calmly glided through life with good health and the thought of an operation petrified me if I’m being honest.

Wednesday 18 December – here we go again! Now feeling like an old hand, I took more laxative and made sure I had a great breakfast. In addition I also had a glucose drink to bulk me up for the operation. Wednesday passed quickly. Neither myself, nor my wife slept that night, as we had to be in Ninewells for 7am.

Thursday 19 December was surgery day. We headed to Dundee, signed in at the surgical ward and then proceeded to sign various forms, before I changed into a gown and socks for preventing deep vein thrombosis (DVT).

My blood pressure was taken, I chatted with the anaesthetist and talked to one of the surgical doctors and my surgeon. They put my mind at rest, but I was still very nervous.

There was one operation before mine and so I took myself off to the waiting room, where myself, and my wife bizarrely watched the state opening of parliament on television.

Ninety minutes later, the nurse called me for my operation. I walked to the anaesthetic room and got on the bed to prepare for the operation. That was the last thing I remembered.

I awoke from what felt like a deep sleep. The operation had gone well, took longer than expected, but it was a success. I was groggy from the general anaesthetic, but not in pain, just discomfort.

The pain management I was under was working. I had four wounds from where the keyhole surgery had been carried out, two small incisions and two larger ones, which didn’t look like much considering this was major surgery. I spent a total of five days in hospital, having been put on the advanced recovery programme. I was up and about the next day, it was a struggle, but the more I walked around the ward, the easier it became.

I ate little meals, sticking mainly to soup and jelly, which kept me going and was always very thankful in the evenings for tea and toast. Visits from my family kept me going too. I spent the days walking around the ward, watching Netflix and frequently visiting the toilet.

I got out on Christmas Eve and we spent Christmas Day at home, with possibly the smallest and most bland Christmas lunch. This was to be my diet for the coming weeks; food that could be easily digested. I spent those weeks trying to keep to a routine, getting up early in the morning, having short walks and eating small amounts regularly.

On Friday 3 January this year (2020) the colorectal nurse phoned; I knew she rang to tell me the results of the pathology done on the tumour that had been removed. I was shaking when talking to the nurse, the staging had come back T1N0M0. This meant I had stage 1 cancer with no spread to the lymph nodes or any other part of my body and so no further treatment was required, not even chemotherapy.

Where am I now? Well, back on a normal healthy diet. I’ve almost eliminated processed foods, but still eating a lot of things I liked before this terrible disease struck. I lost weight in the hospital, which I don’t plan to put back on and have had a beer or two as well - life is good again.

It does take a while to get your bowels into your ‘new’ routine though, we’ll call it a work in progress. I’m probably spending more time on reflecting on what happened to me and my family and I want to spread the word on how important it is to do this test. I shudder to think what would have happened if I had just tossed it in the bin. It is terrifying, particularly after initial diagnosis as you have no idea to the extent of the disease, however, it does need to be dealt with and not ignored. 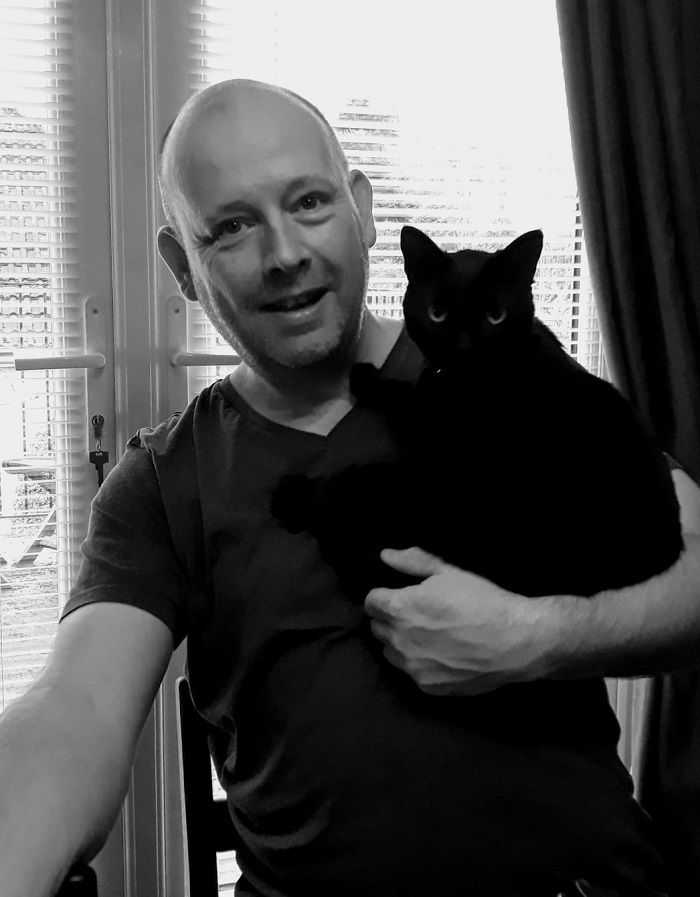 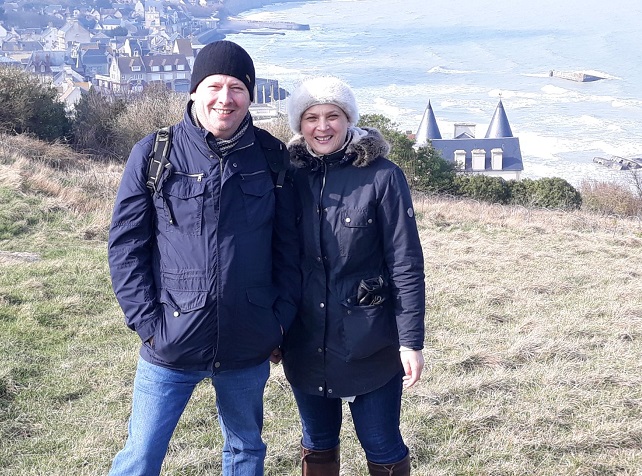 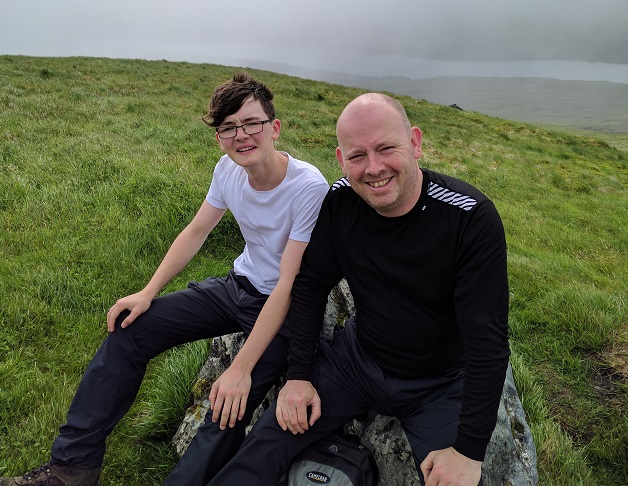