Reading about the death of actor Chadwick Boseman made me realise how fortunate I am to be returning to work following a three-month recuperation from major surgery to remove bowel cancer. Friends and family have asked me how I feel about my recent experience and I have told them I am the luckiest person I know.

Although we hear the NHS is under significant strain and more in need of our support than ever, I cannot praise the system enough for taking the time and making available the skills and resources to identify and successfully operate on me in the middle of a pandemic. I am pleased to say all my cancer was removed, I have been given the all clear and slowly I can return to a normal life.

I shared the reasons for my absence on LinkedIn on my first day back at work and I was overwhelmed by the response. I received messages from friends and colleagues, but also from people I have never met who have said they have had similar experiences. One man wrote about what a lonely place he was in, having had a similar operation recently, and it was good to see he was not alone.

It's given me the confidence to be open and honest about the scary reality of being diagnosed with cancer in a time of Covid, and to thank those in the NHS who provide such a stellar service.

It is always someone else who has cancer, and in my case my sister had passed away in June 2019. But it couldn’'t happen to me, or so I thought. I had just been skiing with my family in February, went spinning at least four to five times a week, and flew through my health check earlier this year and was probably fitter than I had ever been in the last 25 years.

But here is my story of lockdown. In mid-April, I started having stomach problems and losing weight, both of which my local GP said were probably after effects of having had Covid 19 (although I am not sure I ever had it). Things took a turn for the worst and the weight continued to drop off; from a slightly rotund 82kg down to 68kg by mid-May. On Bank Holiday Monday in late May, my wife and family insisted I went to the Royal Free Hospital Hampstead to get checked out. The medical team sprang into action taking blood samples, chest X-Rays and monitoring my blood pressure, all things COVID-related. That was until the third doctor, Dr George, suggested an MRI scan and further bloods to look for other clues.

Two hours later it was established there was a blockage in my colon, and I was advised to stay overnight to prepare for a colonoscopy to be performed. At this time, visitors were not allowed, so all of this was being relayed to my wife Stef via WhatsApp. As hardly any operations were taking place due to the pandemic, a bed was easily found for me. I settled in for the night, until I was awoken by Dr George at 1:30 am to tell me results of the MRI. He was of the view it could be cancer but could not tell me much more. I didn't want to phone Stef at this time of the night, so I sat up alone and didn't sleep a wink!

The next day I had a lengthy visit from an amazing surgeon to explain they were going to operate later that day to remove the blockage. He took the time to talk me through the procedure and make me aware of all the risks, and thus gave me absolute confidence in him. This was followed by a procession of other medics. All of this was still being relayed to Stef via WhatsApp, as I had limited phone reception and she was still not allowed in the hospital.

When I was taken into the operating theatre, I counted 15 people in attendance, and I hoped this was because Covid meant an operation proved exciting, rather than the seriousness of the case. After almost five hours, and the discovery and removal of a 9cm by 6cm tumour, the operation was complete. I spent a further 11 days in hospital following the surgery, firstly in the intensive care unit and then on the general ward.

Hospitals were strange and lonely places during this period as no visitors were allowed, but the care and attention I received from the NHS staff was amazing. Nothing was a problem and everything request was met with a smile – even if I was being woken up every two hours for checks.

When I was finally discharged, I was taken to the entrance of the hospital in a wheelchair (I was still unable to walk more than a few steps) to be reunited with my wife and children of whom I had not seen for 12 days. The shock for them was palpable, especially as this was almost one year on to the day since I lost my sister Harriette to cancer. I was now down to 60kg and look skeletal, as well as completely dishevelled and unkempt. Over the last three months I began my recuperation and rehabilitation, with the love and help of my family, and it's going extremely well. As I write this, I am making my first visit to a gym today with a trainer!

I have been given the all clear, which is why when friends and family have asked me how I feel about my experience and near-brush with mortality, and the answer is I feel incredibly lucky.

I am extremely thankful to Dr George whose insistence on an MRI which spotted the tumour, and to the skills of brilliant surgeon Colin Hart and his team. What a team the NHS are when you need them! Thankfully I don't need any further treatment, just regular checks every three months for the next five years. My wife and children were amazing carers, making cups of tea at my whim and feeding me to regain weight.

Could this all have been avoided by regular scans and checks? I don't know the answer but the reason I am telling my story is to say – please don't ignore symptoms and signs and get yourself checked regularly. 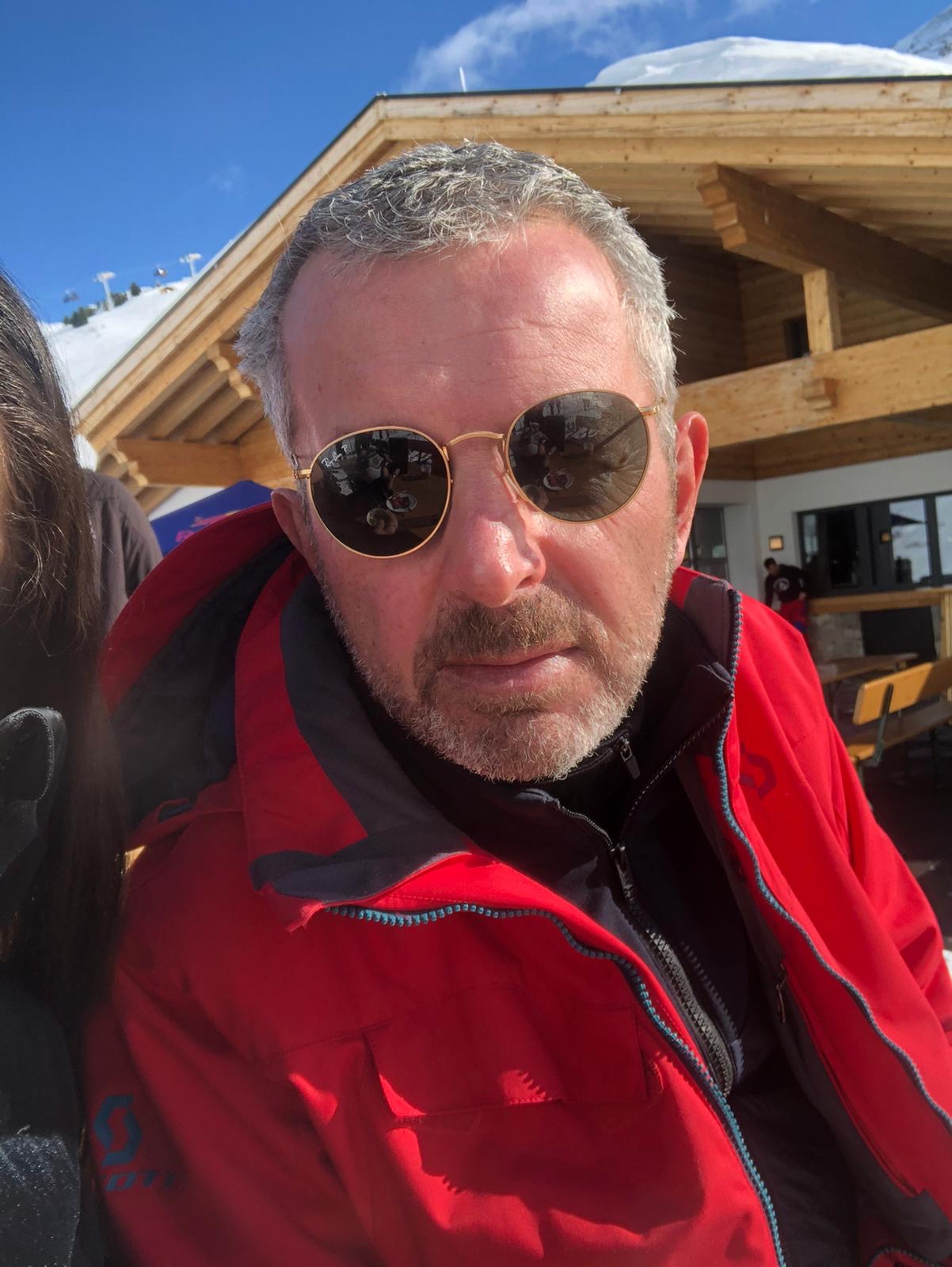 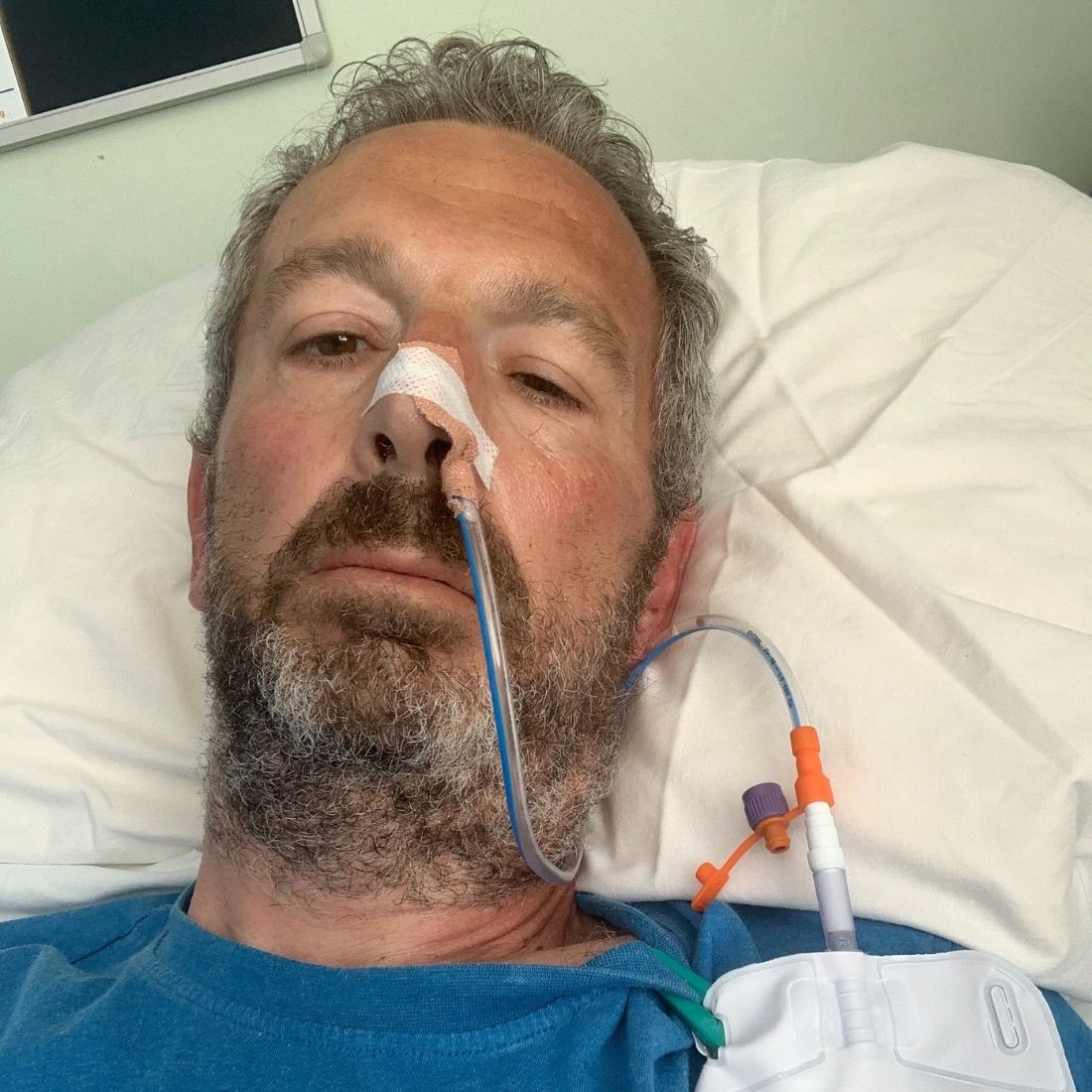