Shortly after the beginning of the pandemic, I was admitted to hospital with severe stomach pain, after eating some dodgy spare ribs. While I was in hospital they carried out numerous tests including a CT scan, gave me pain killers and antibiotics and I was discharged three days later. The outcome was that there was some inflammation in the bowel, but they could not see anything serious and so I was advised to have a colonoscopy in the near future.

Up until that point I was healthy – running, playing football, I had no other ailments whatsoever. I didn't even think of bowel cancer while I was in hospital or before the colonoscopy because I didn't have any symptoms. On the day of the colonoscopy I wasn't nervous or worried, I thought this was just a formality and I would be going back to work that afternoon. This is when they found the cancer.

Shocked and surprised, I went on to have an operation to remove the infected area four weeks later, followed by three months of chemo every two weeks. I never complained about the chemo, because to me, chemo was my friend and it was going to protect me. I did experience some side effects: nausea, hair loss, weight loss, chills, lack of taste, number fingers and feet and fatigue. I caught an infection just before my last chemo session, but I was whipped into hospital and they treated the infection with antibiotics. It was over as quickly as it had started. In March 2021, following a CT scan and blood tests, I was given the all clear.

The treatment I received from all levels within the NHS has been amazing. In my eyes, they saved my life and all this happened in the middle of a pandemic. I wish I could put into words how thankful I am for what they all did. From the doctors and nurses who diagnosed me, the colorectal surgeons who quickly operated on me to remove the cancer, to the cleaners, nurses and doctors who looked after me while I recovered in hospital and finally the oncology team at Bart's NHS Trust who treated me with chemo. All this through the pandemic, which had affected us all. I was lucky the cancer was found early, but the real luck was the family I had to support me and the amazing individuals and professionals within the NHS who saved my life! 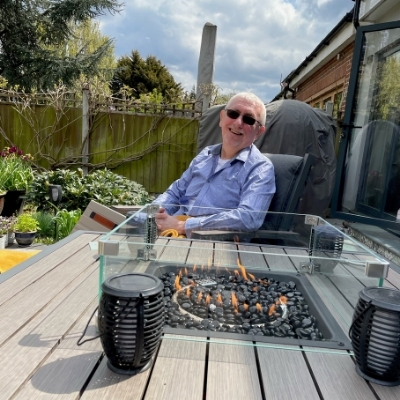 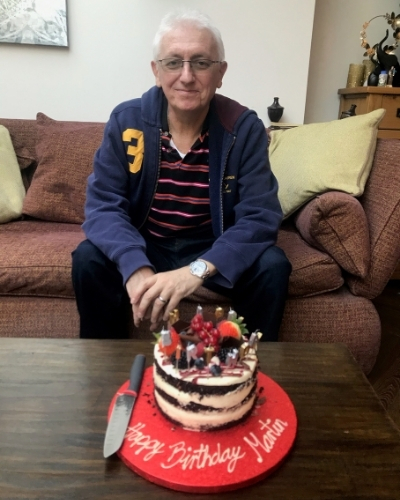