I was diagnosed with mid rectal cancer in November 2020, aged 58.

I started experiencing pain in my lower left back in July 2020. My GP diagnosed me with constipation and prescribed Laxido, which helped slightly. However, the back pain and general discomfort became severe, even when walking, so back to the GP, where only after saying I had blood in my poo was I referred for a colonoscopy. After the colonoscopy, in November, my wife and I were sat down with the doctor and specialist nurse and offered tea. Cancer alarm bells went off which got louder when they said they’d found something and taken biopsy samples. It’s a conversation nothing prepares you for as I’d genuinely expected it to be severe constipation or an infection that could be easily remedied, as I was fit, active and hadn’t lost weight. Going home to tell the children, whilst trying to remain upbeat and positive, was pretty difficult.

Following MRI and CT scans we waited to meet the consultant colorectal surgeon for the results. The wait was purgatory, probably not helped by my Google-based self-diagnosis. I managed to frighten myself that I was either riddled with cancer or would be left with a stoma bag for the rest of my life.

My consultant was incredibly understanding with my anxiety and treated me like I was the only patient in the world. Yes, it was cancer, the tumour graded as T3/T4, but it hadn’t spread anywhere else. The relief was immense. The treatment was three to six months of chemotherapy, a low anterior resection of the bowel and, probably, a stoma bag for three to six months.

Chemotherapy started in December 2020 - Xelox, two weeks on, one week off. Luckily, I didn’t get nausea or vomiting but did suffer with numb/tingling hands and feet, occasional throat spasms, pain along the infusion vein and insomnia. Fatigue and tiredness got more pronounced as the cycles progressed and my appetite was up and down. The weeks off were short escapes of normality as I was able to venture out, albeit COVID safely. Four rounds of chemo shrunk the tumour sufficiently for surgery and the six weeks before going under the knife were great, no constipation, no appointments, no COVID swabs, no blood tests and no chemotherapy – it was like I was OK.

Surgery was done laparoscopically in March 2021. The first thing I did when I woke up was feel that the stoma bag was unsurprisingly present. Post-surgery my consultant confirmed everything that was cancerous had been removed. But, two of the eleven removed lymph nodes had cancerous cells, so given my age he would recommend another four rounds of preventative chemotherapy. My oncologist said in his experience 50% of patients did and 50% didn’t proceed with the additional treatment, and either way there were no guarantees, pretty much leaving me with the decision. This was my emotional low point, more so than the original diagnosis. There were tears and indecision, but after speaking with MacMillan Cancer Support and my specialist nurse I decided I had to do everything necessary to give myself the fullest possible chance of as full of a recovery as possible.

I only managed three of the four planned rounds as I was hit with the full range of chemotherapy side effects and my platelet count gradually dropped to dangerous levels delaying, and reducing benefit of, round eight. Thankfully there were no adverse effect to my stoma output. To be honest it was a relief to close the door on chemotherapy as my body really was battered.

A soluble enema in September confirmed that the anastomosis from the initial resection had healed well and I had my ileostomy reversal late November 2021. Pelvic floor exercises helped as I was able to distinguish between wind and poo from early on, but I was very erratic in frequency, volume and firmness of my poo while everything settled down.

I really struggled with the bag for the eight months I had it and it did affect my self-esteem. There were leaks, farting noises, inflation and constant rustling under my clothes and comfort adjustments in bed. I was nervous going out so took spares and wipes and was conscious of it all the time. I was very lucky though as my wife was a nurse and was the greatest help imaginable in bag maintenance.

Having the reversal isn’t the end of it though. I don’t think I was fully prepared for the dietary and psychological impacts that are related to life after cancer treatment ends. Losing a length of bowel permanently changes your bowel habits. Fibre, even now, goes straight through me. There are multiple toilet visits most days. I still experience aches and cramps (which Buscopan helps with). I am nervous of being too far from home for any length of time and check out the location of toilets when out. Selective use of Loperamide and planning ahead what to eat a couple of days in advance of going out helps. It could take up to a year for the new normal to kick in fully but I am aware it’s unlikely to be the same as before. There is also a subtle, and currently quite frequent, fear of cancer returning. I am sure this will fade over time as I get back to normal activities and things calm down.

The tumour I had removed was apparently slow growing and could have been there for years. Ironically, I received an invitation for routine bowel cancer screening when I turned fifty-five. Equally ironically, I was too scared to go for it. I don’t dwell on what could have been, what’s the point. It was twelve months from diagnosis to stoma reversal, all during a pandemic, so I have nothing but the greatest gratitude to the NHS for all they have done for me and my family. Even though I have a new normal to adapt to, at least I am here to adapt to it. 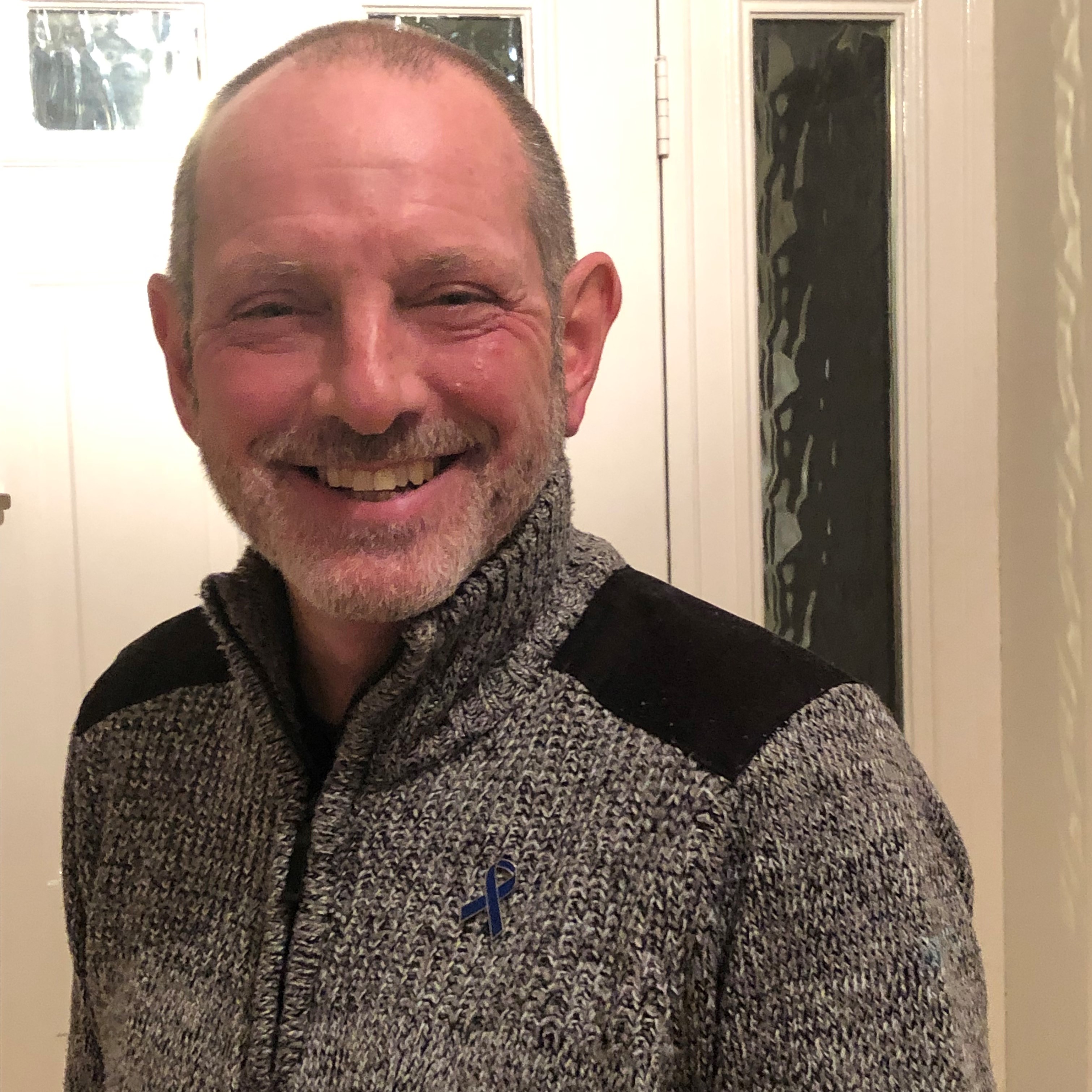