In December 2020, I noticed blood in my stools and spoke to my GP. My GP asked when I last did a bowel screening as I am 54, I told him that I had one done when I was 50 but had not received a test since. My GP advised that I should have completed a second one as they were supposed to be done every two years but things were running behind due to Covid and he told me to contact the bowel screening programme and request a test be sent out.

A couple of weeks after doing the test I got a letter advising me that my test was positive and I needed to have a colonoscopy and that a telephone screening appointment had been set up for the next day. At that point alarm bells started ringing and my anxiety levels went through the roof, but I was advised that in 95% of cases the blood in the stools was not due to bowel cancer, but it didn't stop me worrying. I had heard lots of horror stories about the bowel prep and the colonoscopy but to be honest I didn't have any issues. I had MoviPrep, which I prepared a few hours before and chilled in the fridge, it had a lemon taste to it and a slightly strange consistency but I didn't find it unpleasant. It had to be taken in two parts a number of hours apart and each time it took about 45 minutes to work. I thought that I would be stuck on the loo for ages watching my mobile phone with a sore bottom, but I wasn't, I was in full control all the time.

I had sedation for the procedure but to be honest it was only mild, I was relaxed and comfortable and watched the procedure and remembered everything and adjusted my positioning on the table when asked to do so. The only very mild discomfort I felt was as the camera moved around a bend and it was so brief it isn't really worth the mention. Two polyps were found and removed one was 4mm and clearly benign and the other was a 15mm sessile polyp. On my colonoscopy report it stated the 4mm benign was extracted completely and the 15mm sessile polyp was a reasonable lift. I went to recovery and a nurse came and gave me my report and advised that the polyps had gone off to biopsy.

A week or so later I got a call from the lady who had done the colonoscopy advising that the sessile polyp had come back as cancerous. She apologised to me saying that she hadn't been too concerned about it and was shocked at the biopsy results. That was it, I had cancer. At that point it was like my life stopped, I was absolutely terrified. I was told that I would get appointments sent within 14 days for an MRI and CT scan and I would probably need surgery. It seemed surreal, everything was happening so fast and I didn't understand what or why but I soon learned that these scans were to see if the cancer had spread. I met with the consultant who advised that the scans showed that the cancer appeared to have been caught early and appeared to have been confined to the polyp that had been removed but they could not be sure and recommended that I have surgery to remove the area of the sigmoid colon either side of the area where the polyp was removed so that it could be checked for any residual cancer cells. I went ahead with the surgery as I needed to know for certain that the cancer was gone and that I wasn't a ticking time bomb.

I had my surgery on 9 June. I was physically fit as I went to the gym regularly but in the lead up to surgery I increased my sessions and increased my protein intake. I have to say on reflection despite all my prep and reading up on the low anterior resection, I don't think anything could have prepared me for the enormity of the surgery. I was puzzled before the surgery as to why I needed to do breathing exercises as part of my enhanced recovery, I understand why now. I think I sailed up to and through the surgery but it wasn't until four or five days post-surgery that everything sunk in. I was up and moving around the day after the surgery and made a fairly good recovery. I remember the first time post-surgery that I passed wind I couldn't wait to tell my nurse, it was a cause for celebration and a high five. Once upon a time I would discretely pass wind and suddenly I wanted the world to know what I had done!! How things change...

After six days I managed to open my bowels, it was my passport home, but I was incredibly constipated, I thought I would have loose stools and be rushing back and forth to the loo but I was constipated. Once at home I was told to just focus on my recovery, the pathology results would take about four weeks. For the first couple of weeks I did focus on my recovery as I was struggling with spasms in my back passage and general soreness but as these eased somewhat my mind reverted back to a state of heightened anxiety as I waited for my results. Although I had been told that my cancer had been caught early, I would often ask my partner to remind me of what the consultant had said at my pre-surgery consultation. It was like I had not been at that initial consultation!

I recently got my results T1 N0 M0. I will be checked over the next three years. I know that I am very lucky, I have been on a journey like no other, the loneliest journey of my life.

I don't think I will ever be able to get over the enormity of the feelings that I experienced during that period of diagnosis through to treatment and outcome. I now look forward to spending a lot more time with family, making memories in a way that I never did before, everything has so much more meaning, it’s the simplest things in life that make all the difference. 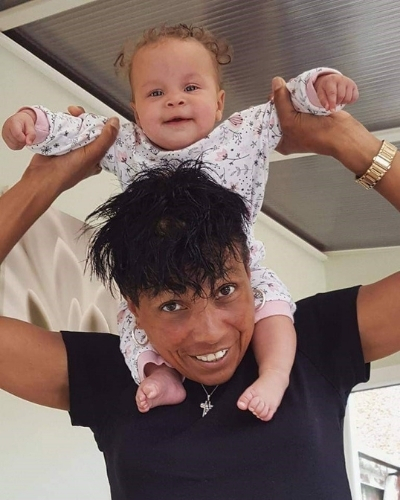 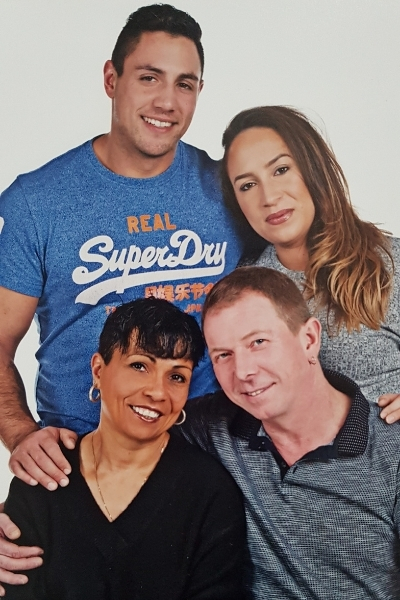