I had completed a couple of bowel cancer screening test in my 60s, which came back negative. When I reached 70 I was sent another test, but I ignored it because it had only been recently that they had extended it to the over 70s, and I therefore thought that it couldn't be that important. Big mistake.

In the months leading up to my diagnosis, I noticed I needed the loo more frequently. I also never had the feeling that I had emptied my bowels afterwards, I felt more tired and generally unwell. I went to the GP who examined me and immediately sent me to a specialist. The appointment with the specialist was two weeks later, and a week after that I had a colonoscopy at Poole hospital when the specialist's suspicion of cancer were confirmed. After CT and MRI scans showed that the cancer had spread to my liver, I was put on a "pathway" of treatment for the following 12 months.

The main cancer was in my rectum but had spread to two places in my liver. After four rounds of chemotherapy (oxaliplatin and capecitabine – not very pleasant), I then had keyhole and robotic surgery to remove the tumour at Poole Hospital. I was fitted with a stoma, which was inconvenient at times but which I learned to tolerate.

In August 2017 I went into Southampton General where 45% of my liver was removed including the cancerous growths. I then had four more rounds of high dose capecitabine, by the end of which I was feeling generally battered.

In September 2018 I returned to Poole Hospital and the stoma was reversed. Since then, I have had regular six monthly scans and blood tests followed by consultations with my oncologist.

I have just had my four-year colonoscopy, which thankfully was all clear. I realise that I have been incredibly lucky, and that without the skills and dedication of all the staff and the NHS I would not be here now.

I would however like to share some of my thoughts and experiences of the past four years. There is no denying that after a diagnosis of advanced bowel cancer your life is transformed, and disturbing thoughts plague your mind. However, in my case the reassuring comments and advice from my cancer nurses helped me throughout my first few days.

Within a few weeks of my diagnosis, I had started my chemo, and I just tried to convince myself that it was reducing the tumour and that they would be able to operate. Despite the side effects of the chemo, I tried to carry on as normally as possible.

I help to run a club for people with mental health problems, I sing in a choir and volunteer for the National Trust, and all these activities helped me to get on with my life. I am also incredibly lucky to have a totally supportive wife.

After all three of my operations, I awoke to find tubes coming out from various parts of my body. It is a shock at first, but the thinking in modern medicine is to get you up and on your feet as quickly as possible.

When I returned home, my stoma nurse stressed the importance of becoming active again as soon as possible, and so I persevered with my walking and cycling. I tried to gradually build up my strength by increasing the amount I did each day. I am convinced that this helped me to recover relatively quickly. I still try to exercise when possible.

Many people experience eating problems with bowel cancer, and I was on strict diets around the times of the operations and with the stoma. However, I am now back to normal eating and drinking and my bowel habits are also normal if a bit irregular.

Any diagnosis of cancer is a shattering experience. But, once it has happened, you have to try and make the best of a bad job. I did try to stay positive and always looked towards getting through the next step of the pathway.

Although I didn't join a local bowel cancer group, I did talk to people about my problems and found that the majority were supportive. I have been lucky to have my wife who has acted like a live-in nurse, as well as the backing of family and friends.

I have also regularly read the real life stories on the Bowel Cancer UK website, which I found helpful. So, try to see light at the end of the tunnel, keep as active as you can and share what you are going through when you feel able to. Also, trust in the abilities of the medical staff. Without them I would not be here now. 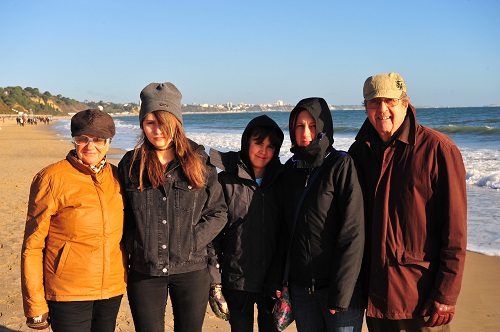 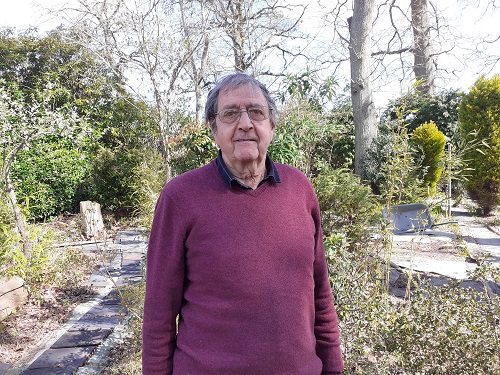