I was diagnosed with bowel cancer in October 2019 at the age of 60.

Just after turning 60 I was sent a bowel cancer screening test. I didn't use it, despite showing symptoms of bowel cancer.

I began feeling unwell in May 2019, with symptoms of breathlessness, extreme tiredness and a constant need to use the toilet after meals. The test was in my house, but I never touched it. Looking back now, I realise it is vital that more people are aware of the test because taking it could save lives.

Because I was feeling so unwell and didn't appreciate the importance of the bowel cancer screening test, I went straight to my GP, who referred me to a consultant for MRI and CT scans. I was then referred to a cancer specialist who diagnosed me with bowel cancer.

At the time, my tumour was the size of a 10p coin, but it had grown to the size of a tennis ball, when it was removed during a six-hour operation, at the start of October.

Thankfully, my illness was diagnosed early enough that I did not need chemotherapy, but I did need a follow up scan to determine whether or not the cancer had spread.

The waiting period between scans and results is awful because you fear the worst. Luckily the tumour had not spread. But months of worry, stress and anxiety also led to me losing three stone in weight during that period.

Men aged between 40-70 have been asking my wife and me what my symptoms were and they have looked embarrassed and concerned, after we've told them.

I believe that the bowel cancer screening test is saving lives – but people need to understand the importance of using it and not be embarrassed about it.

Since my diagnosis I have written to the Welsh government's health minister Vaughn Gething to raise the issue and try to get more awareness across Wales for bowel cancer testing.

People need to start talking about this. It's why I've been so vocal. I thought I was going to die, but the consultant and cancer nurses saved my life and I want to help save lives. Nearly everyone will survive bowel cancer if they're diagnosed at an early stage. 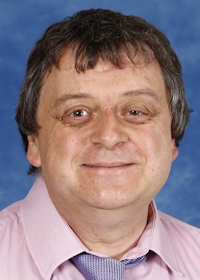