I was diagnosed with stage 3 bowel cancer in early August 2020.

It was around February and March time that I had started experiencing some discomfort when I went to the toilet. It was bad timing as then the COVID lockdown began and our GP surgery was closed for appointments. I waited until June and by this time they were offering telephone consultations. I described my symptoms and mentioned that my mum had previously had bowel cancer but since made a recovery, and I was referred for further tests at the local hospital.

At the colonoscopy they found a polyp, which they removed and tested it for cancer. Three weeks later, I got the results – it was confirmed as cancerous. I was presented with two options, to have surgery or have another biopsy. I discussed it with the family and we thought surgery was the best option. In a matter of weeks I was on the operating table. They removed 25cm of my bowel and I spent four days in hospital recovering.

Unfortunately during the surgery they could see that it had spread to my lymph nodes, with one being cancerous. It meant that I was given a few options but was advised that the best was to have chemotherapy. I have to have four cycles in total. The first day of each cycle, I go to the local hospital to have a drip for three hours, then on days 2 to 15 I would have several chemo/steroid tablets per day, followed by six days of rest. Then the cycle would start again.

The first two cycles weren't too bad at all. It went a lot better than I thought. The third cycle, which I am currently halfway through, has heightened a few of the side effects but to be honest I'm in a better place than I thought I would be.

I'm due my last chemotherapy tablet on Christmas Eve, so I'm hoping I can have a nice glass of wine on Christmas Day.

In the New Year (2021), I'm expecting to have a scan to see if the chemotherapy was successful and then see what the next steps are.

The NHS has been fantastic, considering all my treatment has been throughout the pandemic. I've heard horror stories of cancer patients having their treatment delayed but for me, they've been nothing short of amazing. Within five months, I've had a colonoscopy, a biopsy, a diagnosis, surgery and I've nearly finished chemo.

My wife and I both work at the same company (CityFibre). They've provided fantastic support for us both and let us have any time off we've needed. We've been really looked after and we've never had to worry about the administration of the situation during my diagnosis and treatment.

My wife has been working from home, like most people this year, and has given me so much support. She's been brilliant. Initially our children were very upset about my diagnosis, but they've been really great and taken it on the chin. There's no reason for any of them not to feel optimistic.

Whilst I was having treatment, myself and my son wanted to do something to raise money and awareness for this illness – so I shaved all my hair and my son has dyed his hair grey in exchange for donations. Also, my son and his girlfriend organised a raffle too.

In addition to this, I've not been working but my colleagues wanted to do something to support me. The marketing team have come up with an amazing fundraiser – every time someone forgets to unmute themselves on a Zoom call, they have to make a small donation. 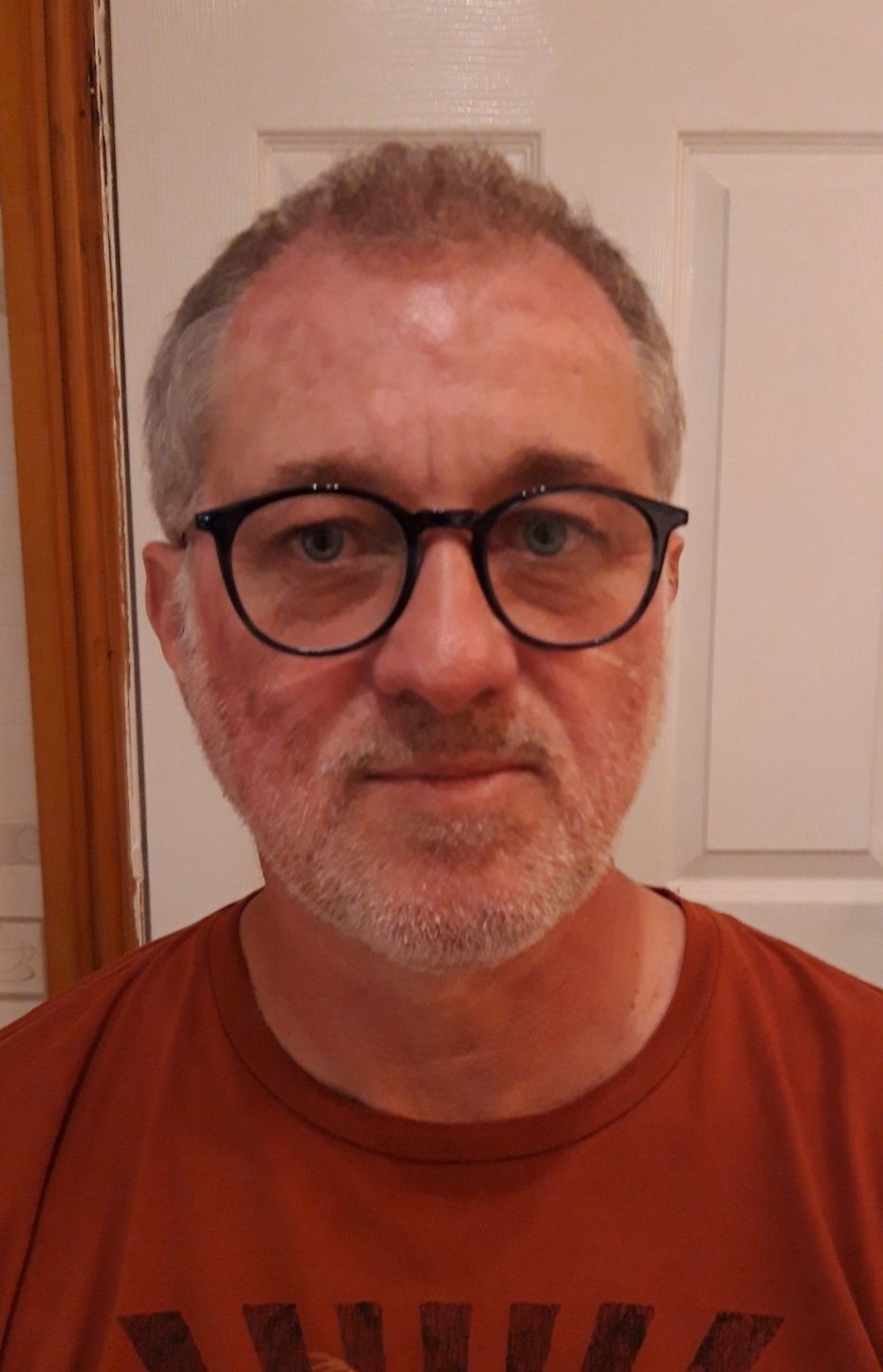 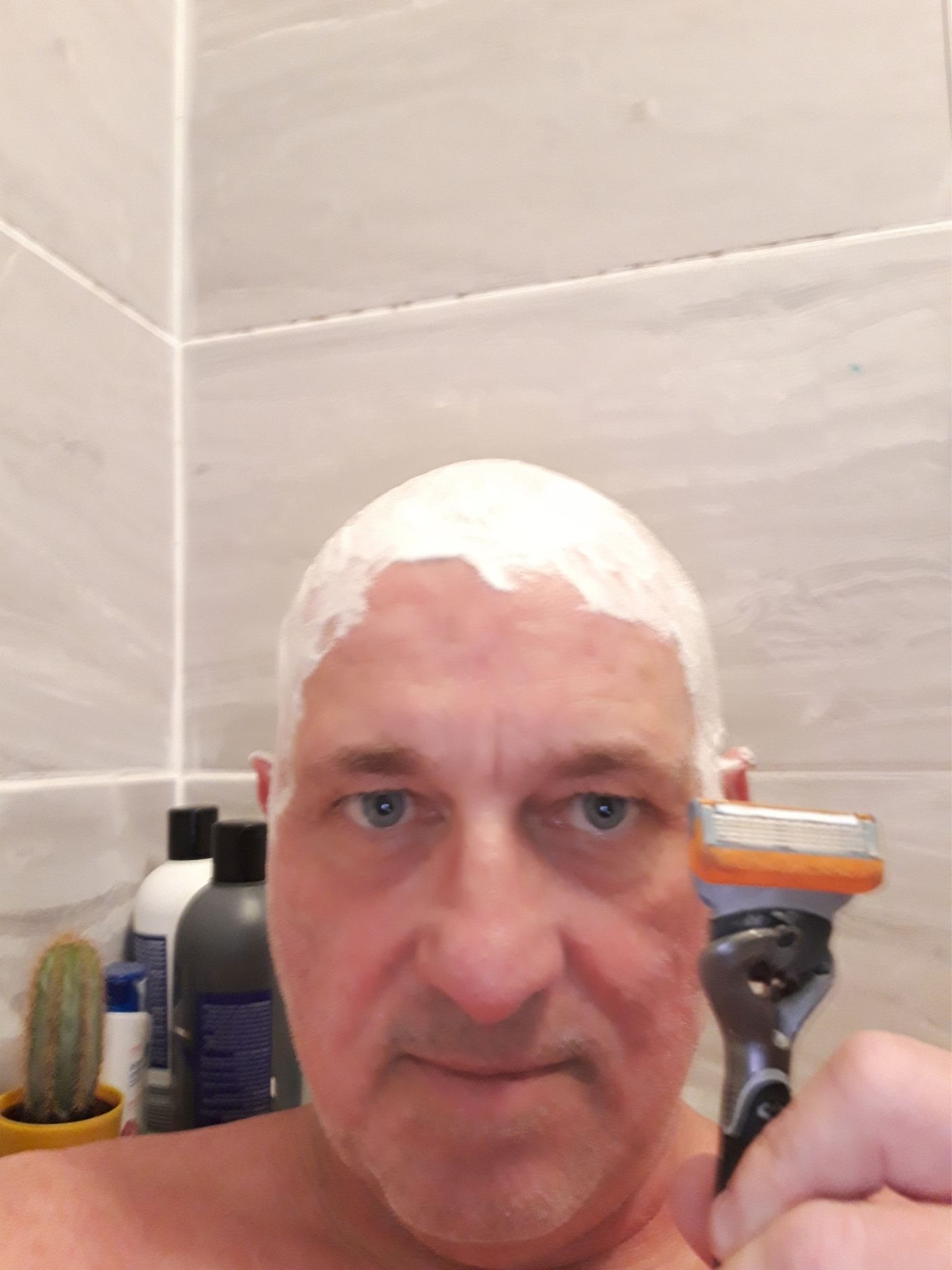 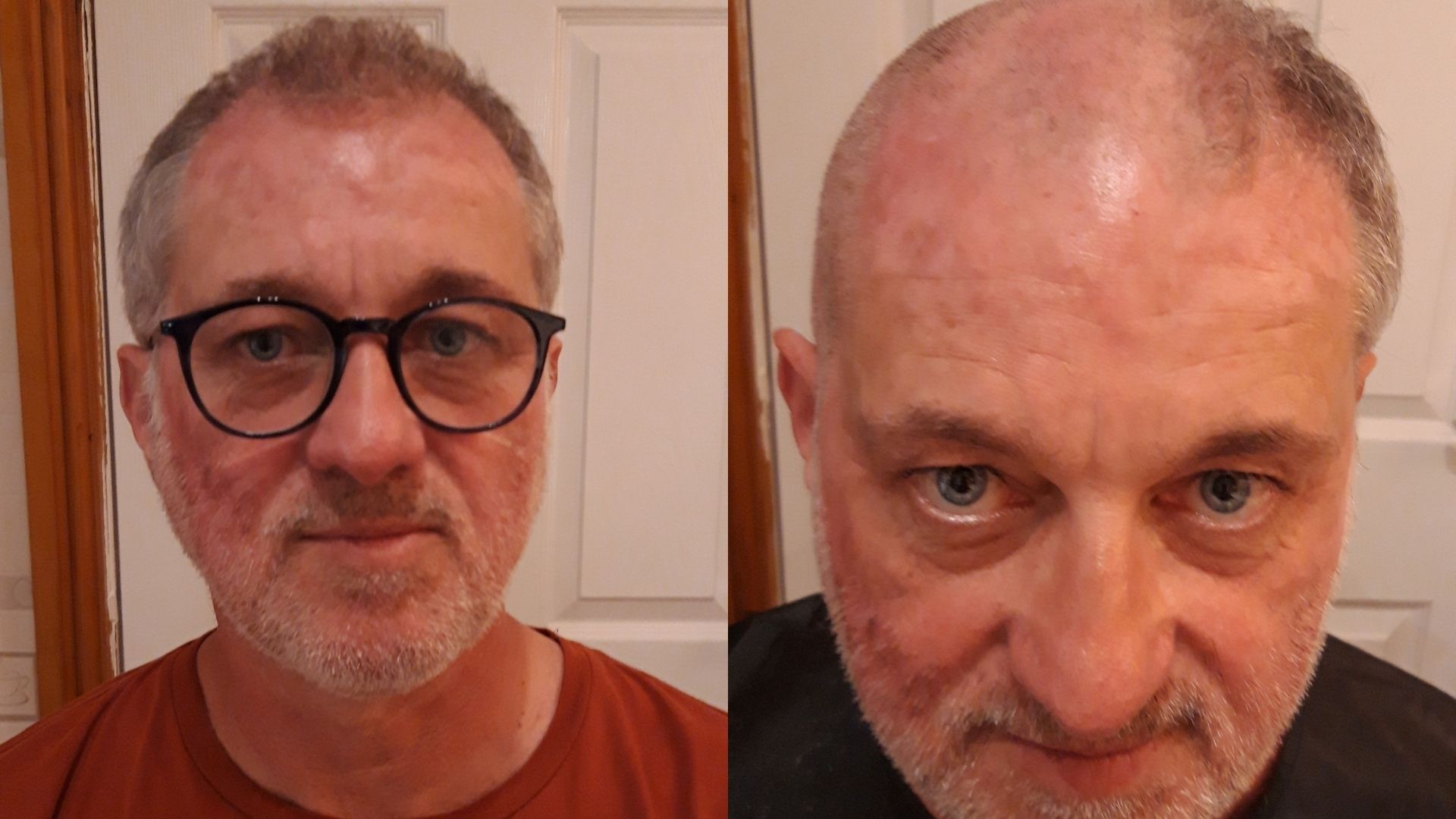