I was 59 when I was diagnosed with stage three bowel cancer.

It started on Christmas Day when I wasn't feeling well at all. I couldn't finish my Christmas dinner. However the next day it went and so I didn't think too much of it. Four days later, I was experiencing more pain but this time I was vomiting and had diarrhoea. I felt fine the day after, so I just thought I had a winter virus.

I did think about going to the GP but my husband and I had booked a three week holiday in Cyprus, as I was taking early retirement as a deputy director of the Careers Service at the University of Cardiff. I didn't want to risk losing the holiday and so I just thought if it got any worse I would book an appointment with the GP once I was back.

The holiday was amazing and we had a great time, but every five days I was feeling very ill with similar symptoms. Eating seemed to make the symptoms worse, so during the last week I only ate breakfast. I did feel that there was intestinal blockage, as I only had very small poos once a day. I was also losing a lot of weight – about a stone and a half over the previous month. I was worried at this point and went on google. Everything pointed to bowel cancer being the most common cause of an intestinal blockage.

Two days after getting home from Cyprus I had an appointment with my GP. She was concerned with my symptoms and booked me in for an urgent referral to a colorectal surgeon. Ten days later I was seen at the hospital where I was referred for a virtual colonoscopy, which took place two weeks later.

Shortly after that I got the results and was told that they had found a tumour. I don't remember the word 'cancer' being mentioned by the surgeon, but it was obvious that I knew that was what we were talking about. The colorectal nurse was the first person I remember saying 'cancer'. Hearing the word for the first time is a shock, even when you know that's what you have. The surgeon explained that I would have surgery the following week, and that I may need a stoma and that after I would need chemotherapy.

The Friday before I was due to have surgery, I had my pre-operation appointment. I had felt ill the night before and was worried about the weekend. I told my nurse this and she said that if I felt ill, I should go to A&E and let them know that my consultant has told them that I should not be sent home. The next morning at 1am, my husband drove me to A&E. I was in the most severe pain, vomiting and had diarrhoea. I was pretty much on the floor as I arrived at the hospital, and of course no one tried to send me home.

I stayed in hospital all weekend and on the Monday I had surgery. I was put on a fast track recovery so the next day the nurse had me walking up and down the ward. Eight days later I was home. Two weeks later I was told that I had stage three bowel cancer and although it had gone right through the bowel wall, it had only affected one lymph node. I was really positive about this as I knew it could be curable.

About two months after surgery, I started chemotherapy. It was every three weeks and would last for eight cycles. After the sixth cycle, I had to stop as my white blood cells were decreasing and I was at risk of sepsis.

Hearing the word for the first time is a shock, even when you know that’s what you have.

I was on Oxaliplatin as well as another chemotherapy drug. It was the Oxaliplatin that caused me to have acute neuropathy. After my first cycle, I experienced electric shocks in my hands and feet when I touched anything cold. This lasted for seven days and they tell you that if you notice this then you must tell your nurse if it lasts for a week. When I mentioned it to the nurse she said that they would lower my dosage to 80%. This worried me a lot as I wanted the maximum amount of chemo to ensure the cancer was cured. She did say that this could cause long term damage to my nerves, but I really didn't want a lower dosage so I down played the severity of my symptoms. I later found out that this is a very common reaction in cancer patients.

However, what she didn't say that not only would it cause long term damage but that the symptoms would be so much worse than the cold sensitive electric shocks I was having during chemotherapy.

About six weeks after I finished the treatment, my feet in particular were in severe pain. It feels like I'm constantly walking barefoot on a newly graveled road. I went to my GP, who was lovely but inexperienced in this area, and we tried a few things but nothing helped alleviate it.

I was diagnosed with chronic neuropathy in my feet. It's not so bad in my hands – I've just had to stop playing guitar – but for nearly five years, I have been unable to walk for more than 150 yards.

I'm in constant pain and nothing I have tried so far has helped to alleviate it, and I've tried several drugs, ointments and acupuncture. My life has changed dramatically. I used to be really fit, I was member of the Ramblers' Association, I went to the gym but now I can't do any of that.

I bought a fold up bike and I found that if I used the instep of my foot I could cycle. I absolutely love cycling now, it's a bit tricky going uphill but I just cycle on the flat along the canal – my husband can't keep up with me!

At night I use thick bed socks to help me sleep as even the bedding is painful on my feet.

I've had to tell DVLA about my diagnosis of peripheral neuropathy as it is a notifiable condition. I had to apply for a license and my consultant had to write a letter about my condition. I now have a three year driving license and have to reapply every three years but surprisingly my insurance hasn't gone up! As I can legally drive with the condition, they can't discriminate against me. It's a £1,000 fine if someone with peripheral neuropathy gets caught without having told DVLA their insurance is invalid, so it's not a risk worth taking.

I've now got a blue badge, a walking stick and a personal independence payment. It's great that I have a blue badge so I don't have to walk too far to the shops. I now use smaller supermarkets as there's no way I would get round a big super store. I've not been shopping in Cardiff city centre for five years.

The only thing that works for me is to distract myself. I keep very busy with my public involvement work on the cancer front – I sit on numerous Trial Management Groups and am a Research Partner for the Wales Cancer Research Centre. I'm also currently on the NICE Colorectal Guideline Committee. I get a great deal of satisfaction from this work and helping to make research relevant to the patients.

Following my stage 3 bowel cancer in 2014 I developed peripheral neuropathy in my feet as a result of oxaliplatin chemotherapy – apparently a not uncommon occurrence. This progressed over the years and got worse and although I saw several health professionals and had many treatments (drugs, acupuncture, chili cream) nothing seemed to work. In July 2018 I saw a TV programme on neurosurgery at John Radcliffe where a woman with causal neuropathy had a spinal implant, after which she got up and walked without pain. I emailed the neurosurgeon, who got back to me and said he would see me if I could get a referral on the NHS.

To cut a long story short I could not get a referral from Wales to England, but did manage to get referred to a rehabilitation and neuromodulation consultant in Cardiff. She referred me to a neurosurgeon with an interest in chronic pain who gave me a spinal stimulator operation in December 2020.

This has transformed my life and I can now walk and stand without pain. All I have is some pins and needles in my feet, which I can easily put up with, and I now walk for enjoyment every day, without a stick, which I have not been able to do for five years.

I think there is a lack of awareness about the neuromodulation treatment options among patients and some clinicians and cancer nurses. There are 40 NHS neuromodulation centres spread throughout the UK and I was lucky to have one in Cardiff. I realise that neuromodulation might not be suitable for everyone, but for those who have severe long lasting problems resulting from chemotherapy, it is an avenue worth exploring.

How you can help to raise awareness of bowel cancer screening: 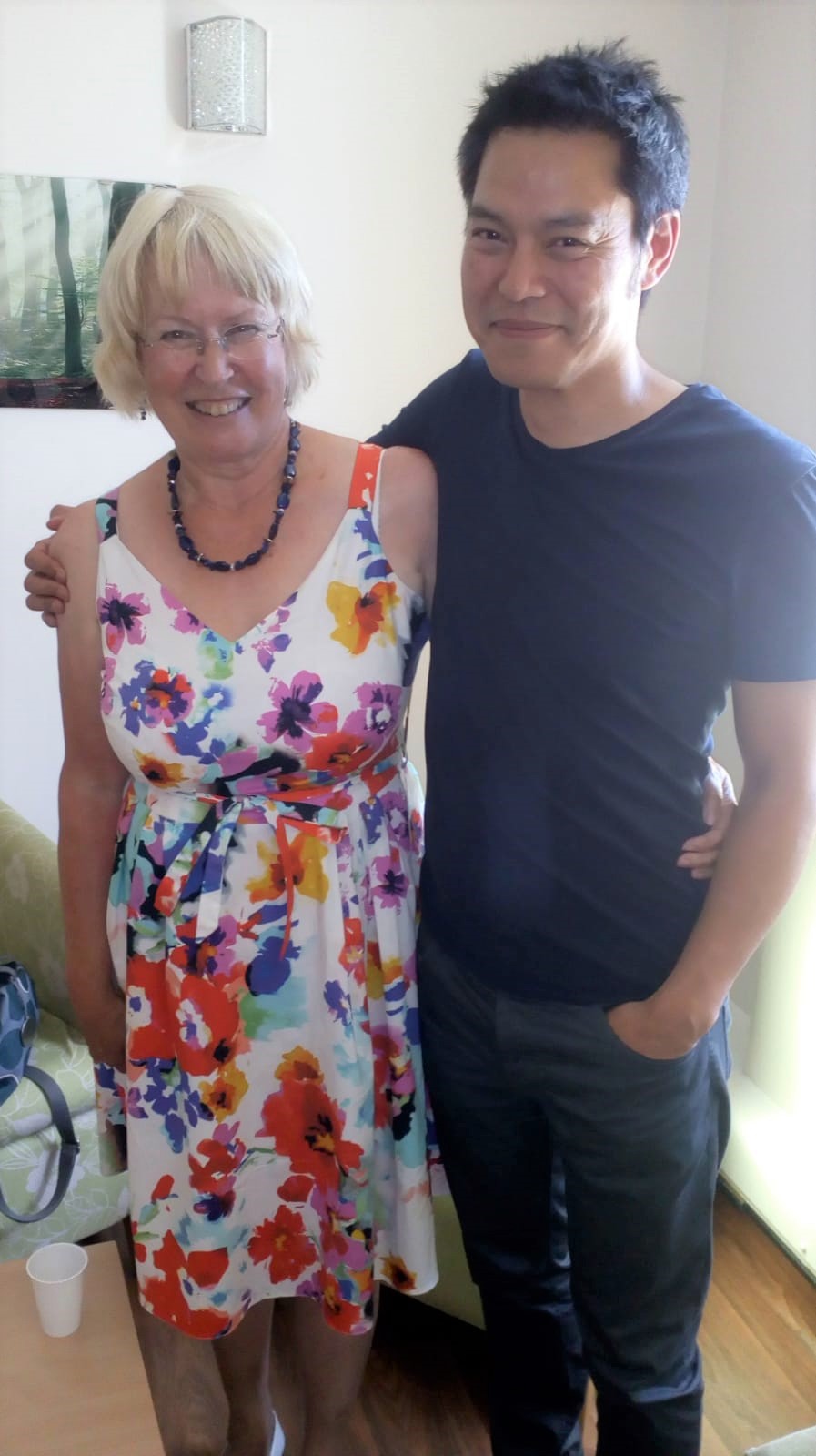 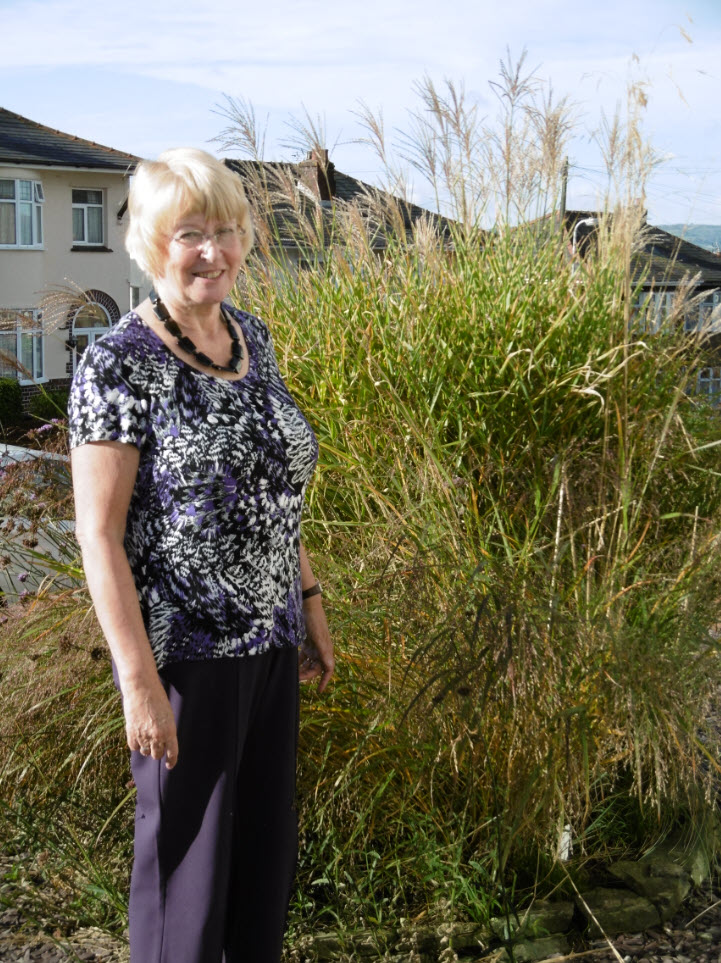