I was diagnosed with bowel cancer in November 2016, aged 54.

About three years prior to my diagnosis I was passing blood when I went to the toilet, I lost a lot of weight and my bowel movements were erratic. I didn't think too much of these symptoms, thinking it was just piles.

I did eventually see my GP and was tested for irritable bowel syndrome (IBS) and they checked for piles too. The GP never considered cancer and I was relieved as that's what I wanted to hear. I didn't mention to the doctor that my dad was diagnosed with bowel cancer at 52, at the time I didn't think it was relevant and I was still convinced I didn't have cancer.

I was still losing a lot of weight so I was referred to see a dietician at the local hospital, they referred me for a colonoscopy as they were worried.

During the procedure they found a tumour. It wasn't a complete surprise to me as everything else had been ruled out.

Following my diagnosis I had six weeks of radiotherapy and chemotherapy to shrink the tumour. During the treatment I was extremely tired and sick. I own a demolition and construction company, and because of the treatment DVLA removed my HGV licence, but despite this I carried on working and refused to accept I was ill.

Initially it worked and there was no evidence of the tumour. We were all so relieved. I was tested every three months with a colonoscopy and the first three tests were clear.

However on the fourth colonoscopy, around a year after finishing treatment, showed signs of the cancer returning. I had surgery, which they managed to remove all of the tumour but the recovery was complicated.

I have a horseshoe kidney and I was in hospital for 36 days. I went from 16 stone to 10 stone, so they decided to remove the stoma that they had formed during the surgery. My body just wouldn't accept it.

Now that I'm recovering, I'm back at work with my HGV licence. I have had to change my diet and have completely stopped eating meat. I've also learnt that I can't over eat but I'm living with the changes and I'm still here today.

I consider myself very lucky. Early diagnosis is the key so please don't ignore the symptoms and insist on being referred for a colonoscopy. It may save your life. 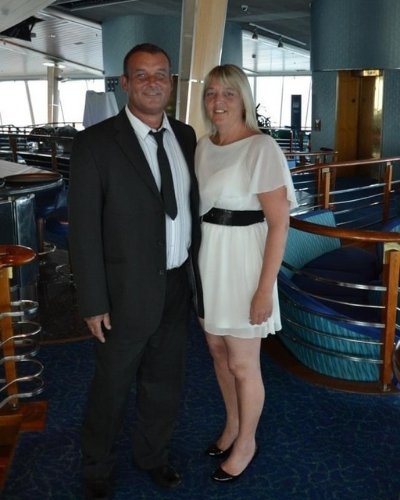 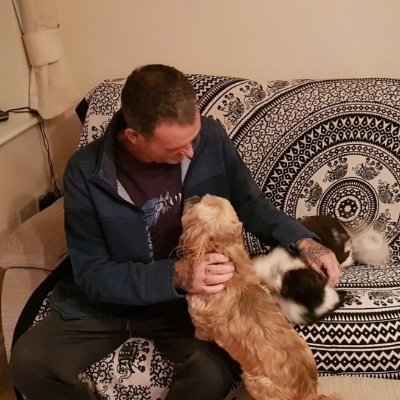